World Cup: What you need to know about traveling in Russia 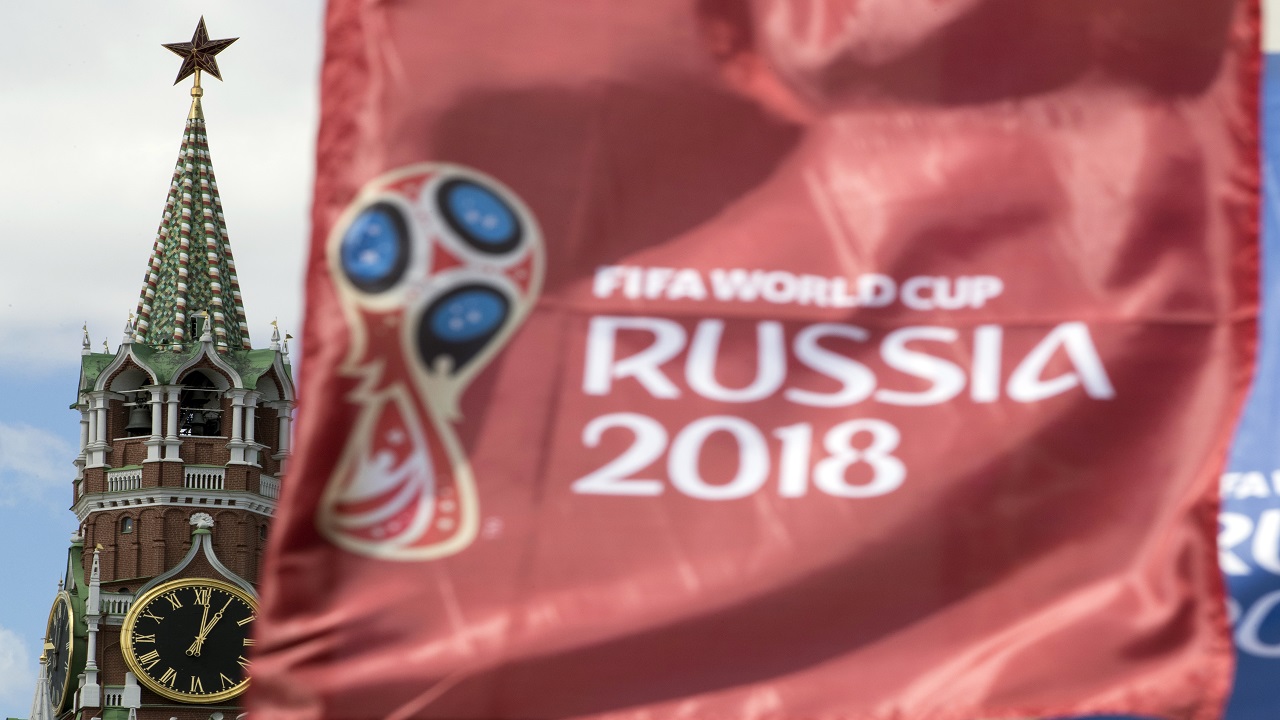 A flag with the logo of the World Cup 2018 flutters in the wind, with the Spasskaya Tower in the background, in Moscow, Russia, Friday, June 1, 2018. (AP Photo/Pavel Golovkin)

For fans facing the challenge of navigating their way around at the World Cup, here's what to know about traveling in Russia and avoiding potential legal difficulties:

A ticket isn't enough to get you into the stadium. You also need a Fan ID from the Russian government. That means sending personal information such as passport data, address and phone number to the Fan ID website. The information is processed by Russia's FSB, a successor agency to the Soviet-era KGB.

The Fan ID doubles as a Russian visa and transport pass. It can be delivered by post or collected at special centers in the host cities.

Some tickets are also still available on the FIFA website. Tickets are registered to an individual buyer, so buying from a reseller or scalper is unlikely to get you into the stadium.

There will be free train services for fans between cities, introducing supporters to Russia's love of overnight train journeys. You'll need to book in advance via a dedicated tournament website using the Fan ID.

Traveling from Moscow to Kazan can take 12 hours, or from St Petersburg to Sochi a tiring 37 hours on a sleeper train for the truly adventurous.

There are extra direct flights during the tournament between host cities, allowing fans to avoid a layover in Moscow, but those options could be expensive.

Some fans already have reported problems with accommodation.

Russian authorities have said they're cracking down on hotels which hike prices beyond a set level, but it's difficult to regulate. Some hotels have advertised online at one price, only to later demand extra payment with a threat of canceling the booking.

When foreigners in Russia arrive in a new city, they have to register within three days with the authorities.

Hotels register guests automatically — and fans must keep registration paperwork and passports on them at all times — but those staying at rental apartments will need to contact landlords to arrange the paperwork. Not being registered can result in a fine.

Flying drones without the right documents can result in a fine, and smoking is banned around stadiums and transport facilities.

Russian legislation against the "propaganda" of homosexual relationships can be used by police to fine same-sex couple who display affection in public.

Don't be surprised if there's no hot water in your accommodation. Russian authorities turn off the hot water in most buildings for two weeks each summer for repairs, on different dates for different districts.

Don't be surprised to see copious amounts of white fluff on the streets of Russian cities. Seeds from poplar trees — there was a Stalin-era mania for planting them — float on the wind and gather in snowdrift-like clusters on the road. The seeds are generally harmless but can irritate people with allergies.

Expect tight security around stadiums and transport hubs, with thousands of police and National Guard, plus airport-style scanners. Russian law enforcement uses racial profiling routinely, especially at rail and subway stations, so fans of non-Slavic appearance may be asked to provide documents.

Russian hooligan attacks on English fans at the 2016 European Championship set an ominous tone for the World Cup, though major incidents within Russia are rare. Authorities are warning many local hardcore fans to stay away from the tournament, though there's potential for trouble if locals feel disrespected by fans of other teams.

Bringing food into Russia isn't as easy as many fans may expect. Sanctions on imported food from the European Union and other countries — though not strictly enforced for small quantities — could trip you up.

Most Russian cities offer a range of international favorites such as pizza and sushi, while many locals prefer spicy, filling food from Georgian restaurants. At the stadiums, expect to find burgers, fries and sponsor-branded beer. Non-sponsor alcohol sales will be restricted in shops and other locations near stadiums.

Former Nigeria striker Kanu has US$11,000 stolen in Russia