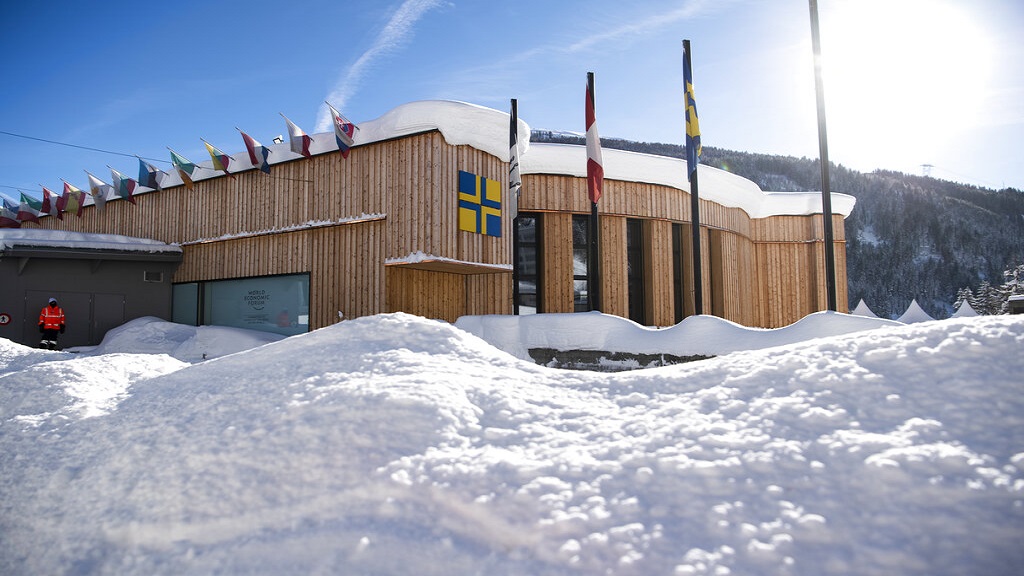 International tensions and nationalist politics can further weigh on the global economy this year and hinder efforts to deal with big issues such as climate change, the organizers of next week's Davos forum warned Wednesday.

In its annual Global Risks Report, the World Economic Forum said the world is evolving into "a period of divergence following a period of globalization." A "darkening" economic outlook, in part fostered by geopolitical tensions between the United States and China, "looks set to further reduce the potential for international cooperation in 2019," it said.

"With global trade and economic growth at risk in 2019, there is a more urgent need than ever to renew the architecture of international cooperation," said Borge Brende, President of the World Economic Forum, which hosts an annual gathering of business and political leaders in the Swiss ski resort of Davos.

"We simply do not have the gunpowder to deal with the kind of slowdown that current dynamics might lead us towards."

In 2018, the global economy slowed more than most experts had predicted and stock markets posted their worst year in a decade. Much of that has been blamed on the standoff between the U.S. and China over trade that has led to both sides imposing tariffs on hundreds of billions worth of goods.

The report, which is based on the views of around 1,000 experts and decision-makers from around the world, found that 88 per cent of respondents expect a "further erosion" of global trading rules and agreements that will hold back growth.

The U.S.-China relations will be one of the main talking points at next week's gathering in Davos, with a number of high-level representatives from each side due to attend, including U.S. Treasury Secretary Steven Mnuchin and China's vice president, Wang Qishan. Britain's upcoming exit from the European Union will be another key issue after British lawmakers overwhelmingly rejected the Brexit deal Prime Minister Theresa May had negotiated with the EU.

The 2016 vote to leave the EU had been driven in large part by a belief that Brexit would restore decision-making powers to Britain. U.S. President Donald Trump has used similar justifications to employ his "America First" policies on a range of international issues, such as climate change.

One area identified as being affected by the more fractured geopolitical environment is the need to modernize critical infrastructure projects around the world, such as roads, bridges and power networks, firstly and foremost to avoid accidents such as the collapse of a bridge in Genoa, Italy, last summer that killed 43 people.

John Drzik, President of Global Risk and Digital at Marsh, which helped with the preparation of the report, said the "more protectionist economic environment" is increasing costs and causing delays. The introduction of steel tariffs by the United States, he noted, raised the costs of an infrastructure project in Detroit by approximately 13 per cent.

"Persistent underfunding of critical infrastructure worldwide is hampering economic progress, leaving businesses and communities more vulnerable both to cyber attacks and natural catastrophes, and failing to make the most of technological innovation," he said.