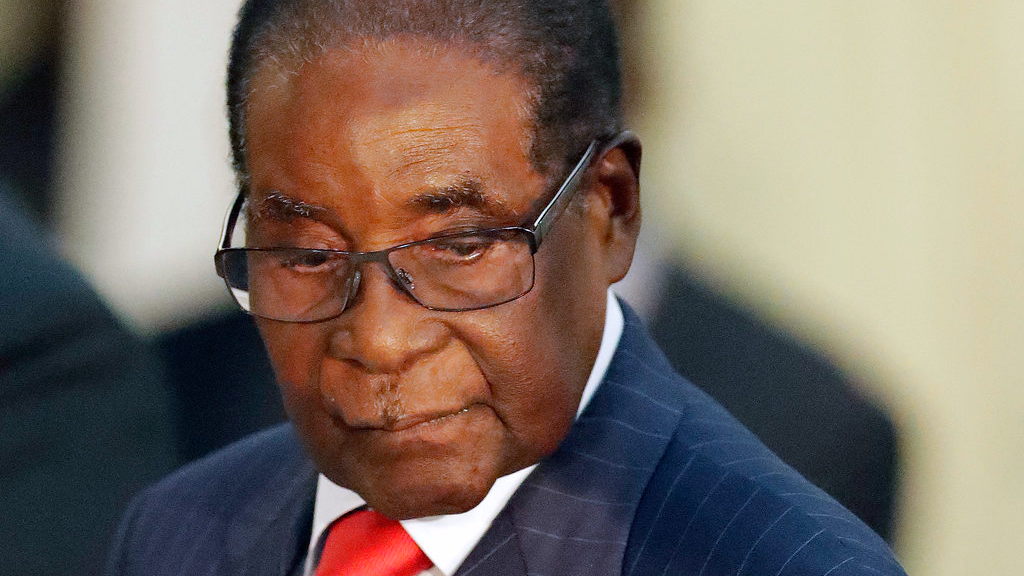 The head of the World Health Organization revoked his appointment of Zimbabwe's President Robert Mugabe as a "goodwill ambassador" on Sunday after the choice drew widespread outrage and criticism.

Zimbabwe's government said it respected the turnabout and that the U.N. health agency "benefited tremendously" from the attention.

WHO director-general Tedros Ghebreyesus last week told a conference in Uruguay on non-communicable diseases that Mugabe, who was present, had agreed to be a "goodwill ambassador" on the issue.

After the outcry by international leaders and health experts, Tedros said in a statement that he had reflected and decided to change his mind, calling it in the best interests of the U.N. health agency. Tedros said he had consulted with the Zimbabwe government about his decision.

The United States had said the appointment of Mugabe by WHO's first African leader "clearly contradicts the United Nations ideals of respect for human rights and human dignity."

Two dozen organizations — including the World Heart Federation and Cancer Research U.K. — released a statement slamming the appointment, saying health officials were "shocked and deeply concerned." The groups said they had raised their concerns with Tedros on the sidelines of the Uruguay conference, to no avail.

Foreign Affairs Minister Walter Mzembi told state broadcaster ZBC that the U.N. health agency "benefited tremendously" from the original decision to name Mugabe to the post because of the global attention that resulted.

"On a name-recognition scale this name beats them all, but it is our business to protect its brand equity from unnecessary besmirching," Mzembi said. "So on the balance, it is wiser to let go."

The heads of U.N. agencies and the U.N. secretary-general typically choose celebrities and other prominent people as ambassadors to draw attention to global issues of concern, such as refugees (Angelina Jolie) and education (Malala Yousafzai). The choices are not subject to approval.

The ambassadors hold little actual power. They also can be fired. The comic book heroine Wonder Woman was removed from her honorary U.N. ambassador job in December following protests that a white, skimpily dressed American prone to violence wasn't the best role model for girls.

Zimbabwe once was known as the region's prosperous breadbasket. But in 2008, the charity Physicians for Human Rights released a report documenting failures in the southern African nation's health system, saying Mugabe's policies had led to a man-made crisis.

"The government of Robert Mugabe presided over the dramatic reversal of its population's access to food, clean water, basic sanitation and health care," the group concluded. Mugabe's policies led directly to "the shuttering of hospitals and clinics, the closing of its medical school and the beatings of health workers."

Mugabe, who has led Zimbabwe since independence in 1980, has been criticized at home for his frequent overseas travels for medical treatment that have cost impoverished Zimbabwe millions of dollars.

His repeated visits to Singapore have heightened concerns over his health, even as he pursues re-election next year.

The U.S. in 2003 imposed targeted sanctions, a travel ban and an asset freeze against Mugabe and close associates, citing his government's rights abuses and evidence of electoral fraud.