Teens, adolescents at the centre of World Mental Health Day 2018 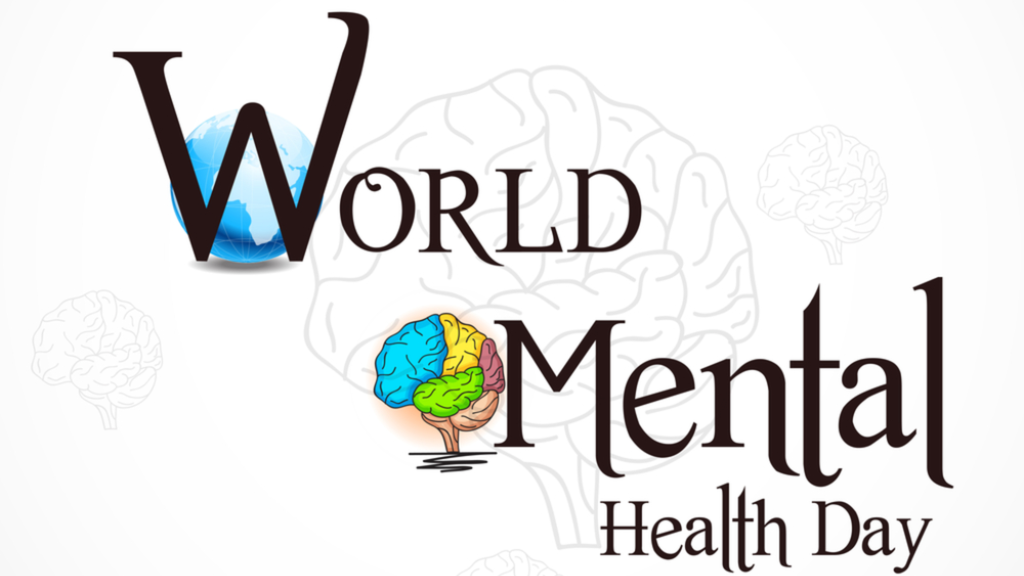 The aim of the day is to promote global mental health education, awareness, and advocacy against social stigma.

According to the World Health Organization, half of all mental illnesses begin by the age of 14, but most cases go undetected and untreated, with depression as the third leading cause. Suicide is the second leading cause of death among 15-29-year-olds.

Depression and suicide are prevalent across Trinidad and Tobago, however, there still a lot of stigma around it. There still exists a lot of traditional beliefs around depression, ranging from the general disbelief that it is a legitimate mental illness to referring to it as obeah. Adolescence is a critical period in life and treating with depression as anything less can be detrimental.

We reached out to clinical psychologist Dr. Alina Williams at the Scarborough General Hospital who clued us into how best to identify and treat with adolescents who may be depressed.

Most people think that depression is the same as having the blues or having a bad day. What would you tell parents about how important it is to differentiate between the two and the signs they should pay attention to?

"Sadness is a normal human emotion that we all experience from time to time, usually in response to an external situation. Usually, once the situation changes, sadness remits.  Depression on the other hand is an abnormal emotional state. It is categorized as a mood disorder and it has a profound effect on a person’s thinking, emotions, perceptions, and behaviour," she explained.

"To be diagnosed with clinical depression, a person must meet symptom criteria for a duration of at least two weeks. These symptoms are often severe, cause extreme distress to the individual or family/friends and result in an inability to function well in important areas, for example, at home or at school. The following signs may be an indication that your child is experiencing depression:

-Feelings of sadness or hopelessness

-Withdrawal from friends and family

-Changes in appetite – either increased or decreased

-Changes in sleep – inability to sleep or sleeping too much

-Difficulty concentrating or decline in performance at school

-Lack of desire to engage in social activities, hobbies or extracurricular activities

-Physical complaints that do not respond to treatment

-Being sensitive to rejection or criticism

-Feeling bad about themselves, e.g. worthless or guilty

-Thoughts of death or suicide

What can teens do if they are feeling down, or think they are depressed? When should they start reaching out for help?

"As it relates to treating any type of medical illness, the sooner the better," says Dr. Williams."If a young person notices that their sadness is prolonged, that they are having trouble shaking negative thoughts about themselves or others, or that they are having increased difficulty at school or with interpersonal relationships, they should seek assistance from an adult."

Talking to a trusted adult is the first step, ideally, their parents, she added. However, in cases where the parents may be abusive, unable to meet the emotional needs of the child, or be ignorant to mental illnesses, the child should seek out the guidance of a counselor, teacher or trusted relative. She also stressed how important it is for children to avoid isolating themselves as it can worsen depressive symptoms.

What can adolescents do if they know they are depressed but live in a household where parents/guardians are not supportive or don’t recognize depression as a serious mental illness?

"As much as possible, mental health professionals try to educate family members about a loved one’s diagnosis through psychoeducation," says Dr. Williams.

"However, we know that there are a plethora of misconceptions about mental illnesses, from their causes to the ways that they should be treated. For example, it is not uncommon for many family members to propose that a loved one’s depression is due to a spiritual attack or “obeah”.

"In a similar vein, many people would tell a depressed person to “pray away the depression” or “increase your willpower”, while responding to other medical illnesses, such as cancer or diabetes with evidenced-based practices. For young people, being in this position is extremely difficult and therefore associated with poorer prognosis. However, if a child finds themselves in the unfortunate position of not being supported by their parents, they could try presenting the material in different ways.

"For example, some YouTube videos are very helpful in providing an animated account of depression or other mental illnesses. Reading memoirs can also be insightful as a firsthand narrative account of the experience with mental illness. However, my main recommendation would be for the child to build a support network outside of their parents and to lean on that support network in times of crisis or to share ideas about recovery."

Many parents place a lot of emphasis on the physical well-being of their kids. What would you tell a parent about why it’s also just as important to pay attention to their children’s mental health?

"The slogan 'No Health without Mental Health,' coined by Dr. David Satcher in 1999 addresses this issue well. The truth is that there is a clear link between mental health and physical health,"  replied Dr. Williams.

"Suicide is now the second leading cause of death in young people worldwide between the ages of 15-29. Depression is now the leading cause of disability worldwide, while other mental illnesses play a significant role in the global burden of disease. This alludes to the importance placed on parents, and society, to start fostering mental health from a young age.

Dr. Williams shared tips on how this can be done including:

-Teaching children how to manage disappointment, rejection, and loss.

-Talking to children about how they feel, rather than lecturing them on how they should feel.

-Encouraging their child to participate in physical activity.

-Building up their child’s resiliency and purpose through faith, spirituality or religion.

-Promoting an attitude of volunteerism in their child.

-Building their child’s self-esteem through genuine praise, providing an opportunity for independence and helping them to develop healthy self-talk.

-Being a good role model especially as it relates to interpersonal and conflict resolution.

Evidence has shown that promoting and protecting adolescent health brings benefits to their health, both in the short- and the long-term.