Year in Review: Notable people we lost in 2018 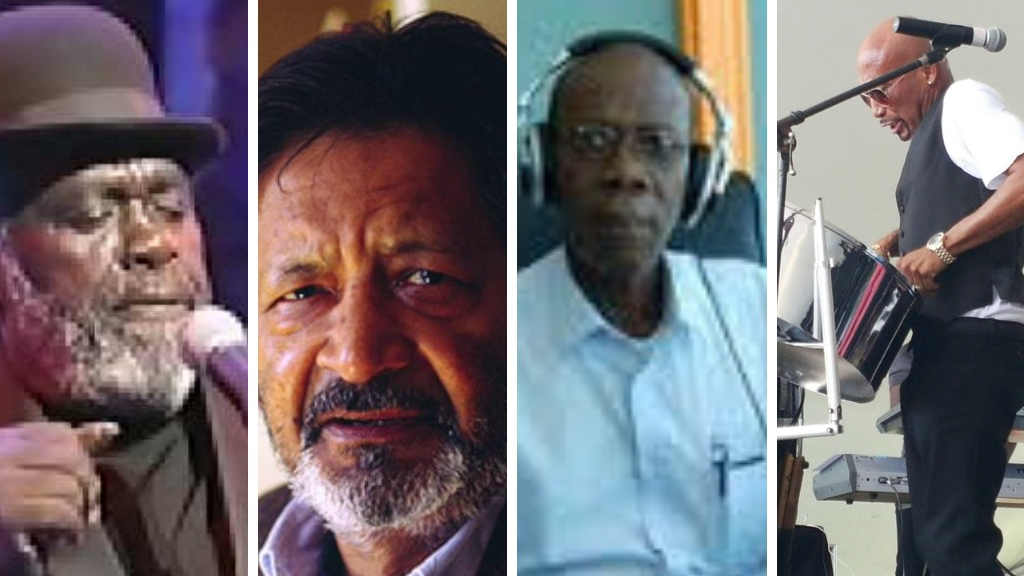 Trinidad and Tobago mourned the passing of many high-profile citizens in 2018 in all spheres of life.

The second half of the year, in particular, sounded the alarm for our cultural legacy with the passing of prominent cultural legends who made a huge impact on the country and abroad.

The death of Winston Bailey, the Mighty Shadow mere days before he was due to receive an honorary doctorate from the University of the West Indies left many in shock and disbelief.

Shadow died at the Eric Williams Medical Sciences Complex on October 23 after suffering from a stroke.

His passing was mourned by everyone from young soca artists to Prime Minister Dr Keith Rowley who said the bard revolutionised calypso. Shadow was revered for his storytelling as encapsulated in songs such as Poverty is Hell, Bassman, Dingolay and Yuh Looking for Horn.

His funeral was attended by many veteran calypsonians, among them Winston Scarborough, The Original De Fosto Himself, who performed at the ceremony.

But days later on November 2, De Fosto died after suffering from a heart attack, plunging the calypso world into further mourning.  De Fosto, who took up the mantle for pan following the death of Lord Kitchener, was also known for the many tribute calypsos he sang whenever someone prominent died.

November also saw the passing of Dr Andrew Marcano aka Lord Superior who had been ailing for some time. Supi, as he was fondly called, was remembered for being a pioneer with his Radio Superior station to push local music and for being the first calypsonian to perform at Madison Square Garden.

On December 5, tears again flowed through the calypso world when Fred Mitchell, the Mighty Composer passed away. Composer’s great­est suc­cess­es were in the 1960s and ‘70s with hits in­clud­ing Work­ers’ Lament, Sup­pos­ing, True or Lie, Black Fal­la­cy and Child Train­ing. He was a foun­da­tion mem­ber of the first Ca­lyp­son­ian’s As­so­ci­a­tion in T&T as well the Trinba­go Uni­fied Ca­lyp­so­ni­ans Or­gan­i­sa­tion (TU­CO) where he served as an ex­ec­u­tive mem­ber for many years.

The death of Ken ‘Professor’ Philmore in September shocked not only the pan fraternity but the entire country.

The beloved Professor passed away after succumbing to injuries sustained in a car accident on Republic Day.  As the arranger for Fonclaire Steel Orchestra, he was responsible for some of the most memorable Panorama music ever composed. His hits include “Pan By Storm”, “Pan Ecstasy” and “Pan in the Party”.

The reggae community also mourned the passing of one its own when Kevin Young aka Million Voice died in early October from renal failure after overcoming a battle with cancer.

In August, the literature world across the globe mourned the passing of Trinidadian-born author V.S. Naipaul. Naipaul, the author of bestsellers such as A House for Mr Biswas, Mystic Masseur and The Search for El Dorado, passed away at the age of 85.

Other notable people who we lost in 2018:

Former President George Maxwell Richards passed away from congested heart failure after he was hospitalised.

Former coordinator of the Department of Creative and Festival Arts, Dr Anne-Marion Osborne, passed away.

Molly Ahye, dancer, teacher and author, died at the age of 84.

Former national volleyball player, Ayanna Dyette passed away at the age of 32.

Ellie Mannette, Father of the Modern Steel Pan died at 90

Veteran broadcaster June Gonsalves passed away at the age of 91 at her Anderson Terrace, Maraval home.

Popular fashion photographer Calvin French lost his battle with cancer after ailing for a short period.

Ricardo Welch, known as the “Gladiator”, was shot as he pulled out of his driveway in the company of a 20-year-old relative, who was not injured during the attacks.

Haseena Ali. Ali, a former Commissioner and Chairperson of the Board of Inland Revenue was killed at her home.

Chef Joe Brown was among two people killed when a car ploughed into a group of cyclists.

Michael McComie, former National footballer and former head coach of the Under-20 team passed away at the Mt Hope Medical Complex after battling an aggressive brain tumour.