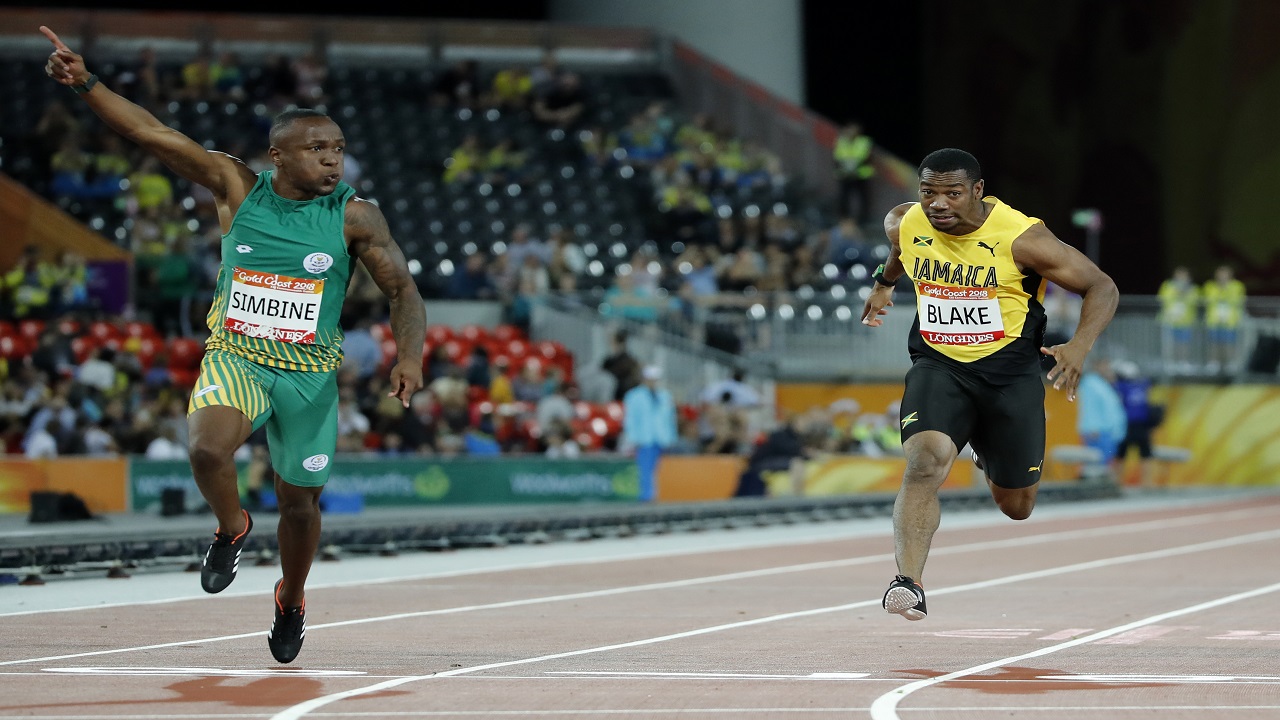 Yohan Blake won the men's 100-metre bronze at the 2018 Commonwealth Games on the Gold Coast in Australia on Monday and may be thinking twice about going home to Jamaica.

Usain Bolt, the 100m and 200m world record holder, joked that Blake may not be welcome home if he didn't win the title on the Gold Coast.

The 2011 world champion entered Monday's final as the hot favorite after posting the quickest time of the season and in the first two rounds, but stumbled early and never regained his form against the two runners to his right.

There were two other medals for Jamaica on the day as Christania Williams and Gayon Evans won silver and bronze respectively in the women's 100-metre final.

Trinidad and Tobago's Michelle-Lee Ahye triumphed in the women's race,  her first gold medal at a major international meet.

She celebrated with an air punch as she crossed the finish line in 11.14 seconds and relegated Williams (11.21) and Gayon Evans (personal best 11.22) to silver and bronze. England's Asha Philip was fourth in a repeat of her finish in Glasgow four years ago.

The win for Ahye, a finalist at the 2016 Olympics and the last two world championships, delivered Trinidad and Tobago their first Commonwealth title in the women's 100 and meant a Jamaican hasn't won the title since 2006. It came in the absence of the top Jamaican, Elaine Thompson, who won the Olympic 100-200 double in 2016 but is only running the 200 on the Gold Coast.

Meanwhile, Jamaica O'Dayne Richards failed to medal in the men's shot put final as the 2014 champion could only managed fourth place.

World champion Tom Walsh won the shot put gold for New Zealand at 21.41 metres after a setting a games record 22.45 in qualifying.