You can now zip line off the Eiffel Tower 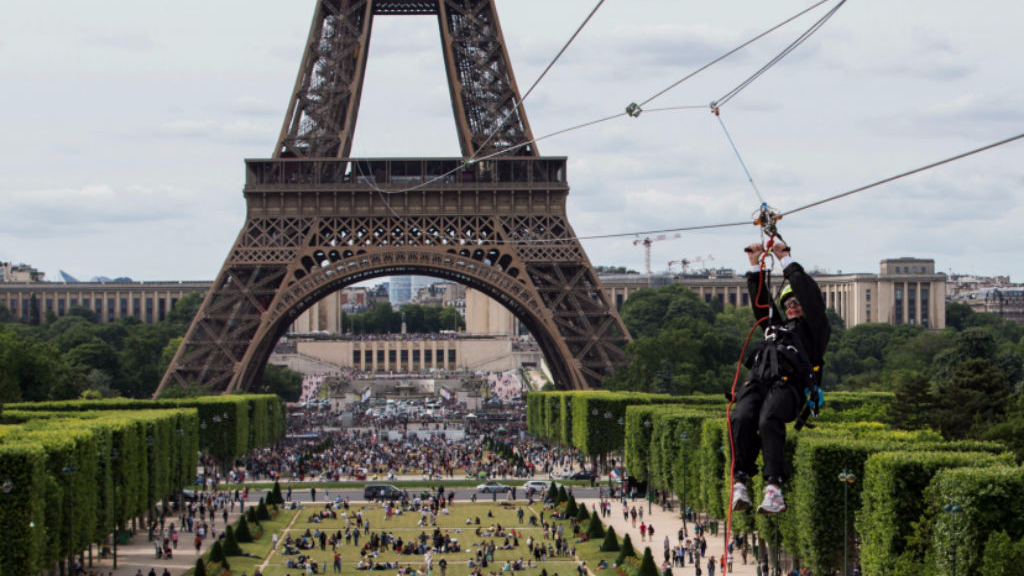 Thanks to French water brand Perrier, you can now zip line off the iconic tower.

The Perrier Smash, as it is called, is part of promotions for the French Open.

The zip line will take place off the second floor of the Eiffel Tower at 375 feet overhead and you will travel at a speed of 55 mph.

AP reporter, John Leicester, who got an opportunity to ride the line, said, according to organisers, people had previously zip-lined from the first floor of the 324-meter (1,063-foot) -tall tower — meaning they leaped from a more pedestrian 57 meters (187 feet) up — but that this was the first time a line had ever been strung from the second floor, where the sensation of height is more powerful.

"Others, in the past, have been far more daring. A British couple parachuted from the tower's top deck, 276 meters (905 feet) up in 1984. A New Zealander bungee-jumped off the second floor in 1987. Some stunts ended tragically. Franz Reichel, a mustachioed Austrian tailor, leapt from the first deck in 1912 to test a tent-like parachute coat he had invented and is said to have died of fright before hitting the ground, gouging a deep hole," he wrote.

The zipline is a limited time attraction though, running from June 5 to 11 with only 100 rides a day.

So if you happen to be in Paris during this period, sign up HERE for your chance to zipline across the Champs de Mar.