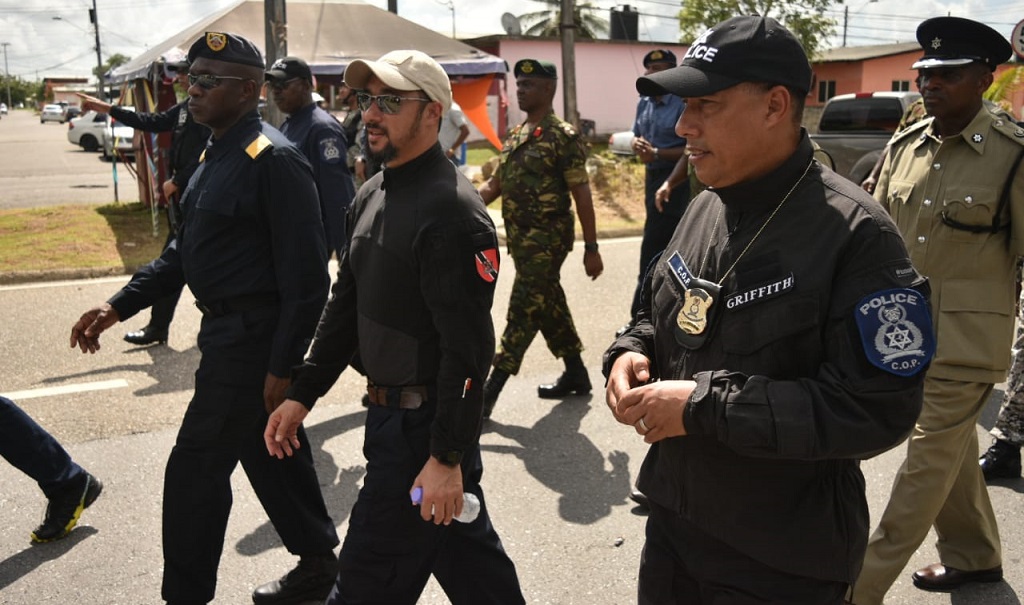 Speaking at the beginning of a walkabout in the La Horquetta area, Minister Young sent a warning to the perpetrators of crime.

“Through this operation we are letting the criminal elements know, that using proper planning and the proper use of intelligence and information we have dedicated additional resources to push you back. These resources are in addition to the normal on-duty officers who man our stations and policing districts on a daily basis.”

Minister Young took the opportunity to thank the officers of the Police Service, the Defence Force and the Intelligence Services for properly resourcing the initiative and for providing the level of support that the operation needs to be a success.

In addition, the Minister noted the following:

- Operation Strike Back II was designed by the National Security agencies to be an exercise of suppression of the criminal elements and will be carried out by 700 dedicated men and women of the TTPS, supplemented by the TTDF and the Intelligence Services through the operationalization of a number of law enforcement exercises on a 24/7 basis;

- Recent statistics studied by Law Enforcement officials over the past few months have identified particular areas where there is an increase in criminality and where certain individuals and certain gangs are the main perpetrators of crime in those areas;

- Through proper planning and through the use of intelligence and information, additional resources have been dedicated to focus on these criminal elements and to push them back. These resources are in addition to the normal on-duty officers who man stations and policing districts;

- These operations will be driven from bases, using the proper flow of intelligence that will lead to the accurate use of law enforcement resources in a sustained exercise;

- One of the major objectives of this initiative is to bring a sense of confidence and comfort to communities across Trinidad and Tobago. The Ministry of National Security wants persons to see that the agencies of national security are working for them, to bring some much-needed relief in various areas; and

- The Security Agencies are calling on members of communities who know where caches of guns and ammunition are hidden, to relay that information to law enforcement officers.

The Minister noted that the public may experience some minor inconvenience during the operation but called for support and cooperation as the officers go about their duties.

Operation Strike Back II will be sustained over the next five months and will deal specifically with certain Divisions where statistics, intelligence and information show are prone to gang activity.

After the walkabout and observation of the operation in La Horquetta, the team journeyed to Carenage. At the Carenage Home Work Centre, the Minister, Commissioner of Police and Chief of Defence Staff received a briefing before setting off on another walkabout in the Carenage district.

Operation Strike Back II was implemented on September 24, 2019. Minister Young assured the public that the Government remains committed to assisting the TTPS, TTDF and intelligence services in the fight against crime.

Four arrested in Operation Strike Back exercise in Port of Spain

Strike back operations lead to seizures in Sea Lots