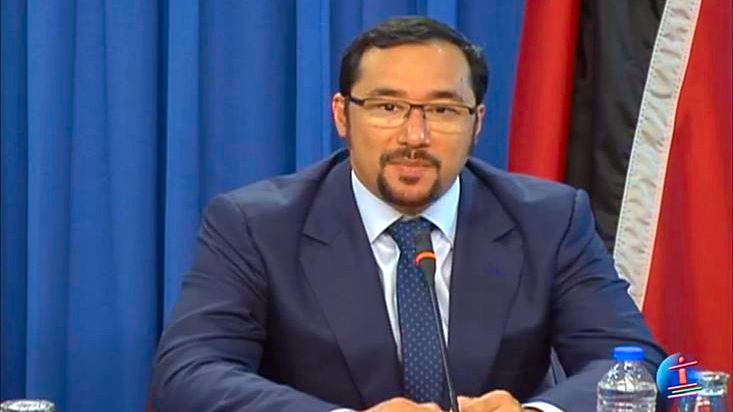 "These are issues that we wanted to bring to your attention today and unfortunately to respond to the continuation of fake news by those who behave in a most unpatriotic manner."

"I'd like to take this opportunity to apologise to the government of Australia for the behaviour of this UNC party and Mr Devant Maharaj. The Australian government is entitled to do whatever investigation they want because they are actually the ones who confirmed all I have said this afternoon," he said.

Young said Prime Minister Dr Keith Rowley spoke with Austal during a visit to Australia and China in May this year, which led to a team from the company visiting Trinidad and Tobago in June. In July Cabinet announced the decision to purchase the two vessels from Austal.

Maharaj said in a media briefing on August 12, 2018 that he had written to the Australian Attorney-General Christian Porter asking for information relating to government's decision to purchase the vessels.

Maharaj asked when the decision to purchase the vessels was made and accused government of a lack of transparency concerning the purchase.

Government indicated that funding for the vessels (valued at around $70 million) would be facilitated through Australian state agency Efic (Export Credit Agency).