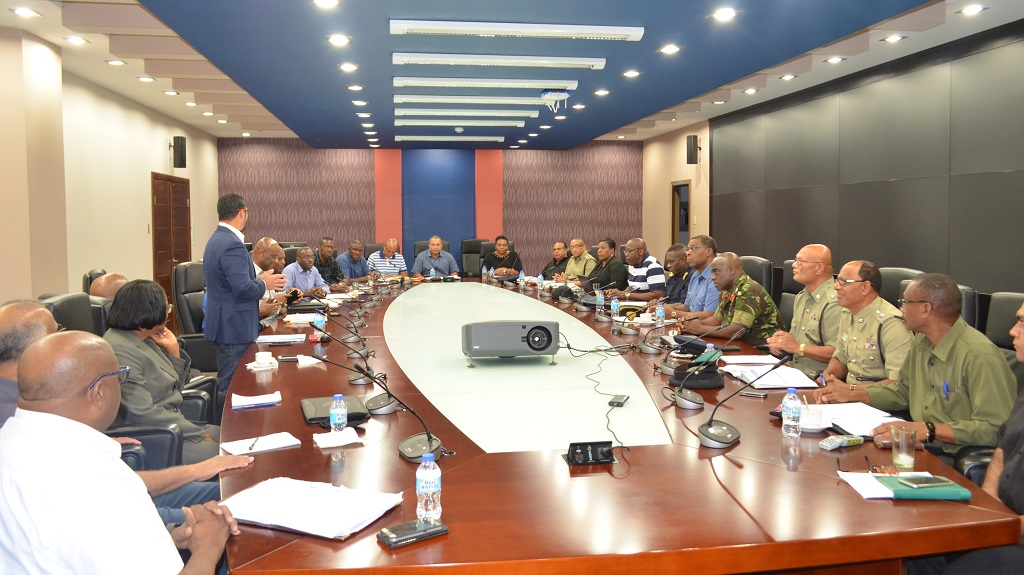 National Security Minister Stuart Young said that Crime Stoppers will be offering cash rewards for information leading to the seizures of large caches of firearms.

Speaking at a media briefing on Sunday, Young urged the public to utilise Crime Stoppers to provide anonymous tips to aid police in the fight against crime.

He agreed that the killings which have recently taken place are unacceptable and added that several cases are underway under anti-gang legislation to arrest and charge suspects.

Also present at the briefing was Crime ACP Jayson Forde of the Trinidad and Tobago Police Service (TTPS) who said that police detained over 100 people and seized over 25 weapons over the weekend.

ACP Forde said that cases are being pursued under anti-gang legislation. but due to the sensitive nature of the investigation, they cannot share any details on their operations as criminal elements are listening.

“They (criminal elements) have been getting the necessary advice to continue….they are waiting for occasions like these for us to reveal our strategies. We must remain a step ahead of them,” he said.

Forde said they have been seeking advice from the Director of Public Prosecutions and said in future there would be additional arrests, however, this must take place in due time as these cases are at sensitive stages.

“In the not too distant future we will be arresting persons…for gang activity,” he said.

Young said referenced a recent case in which smuggled semi-automatic and automatic weapons were seized while being brought into the country illegally.

“This is an example of the types of firearms we’re facing out there. All of the murders last week were committed, except one, via the use of illegal firearms.”

“The only reason a person would have an illegal firearm…is to commit murder,” he said.

Young assured that the Bail Amendment Bill would be passed in order to prevent the criminals caught with these weapons from going back into the streets.

With regard to claims that state agencies are funding gang leaders, Young said once proof of these actions are brought forward, they would be investigated.

Young added that measures will be taken to catch informants within the TTPS through the use of polygraphs and multi-agency intelligence units.

Young said that the fight against crime depends on the participation of the public.

"Any gun taken off the street that reduces the 8,000 that Mr Forde referred to is a move in the right direction."

“To the law-abiding citizens…partner with us, we cannot win this battle alone, we require your assistance….(if) you know where these caches of weapons are stored, use Crime Stoppers and we can remove them. With your support we will make inroads into fighting the criminal elements,” he said.

Young met with the Heads of the Defence and Protective Services at the National Operations Fusion Centre (NOFC) in Port of Spain as a follow-up to a meeting held on Friday 19th July, 2019 with the Heads of Law Enforcement Agencies, which resulted in the immediate implementation of a number of intelligence-driven operations and integrated crime-fighting strategies to mitigate the country’s present crime situation.