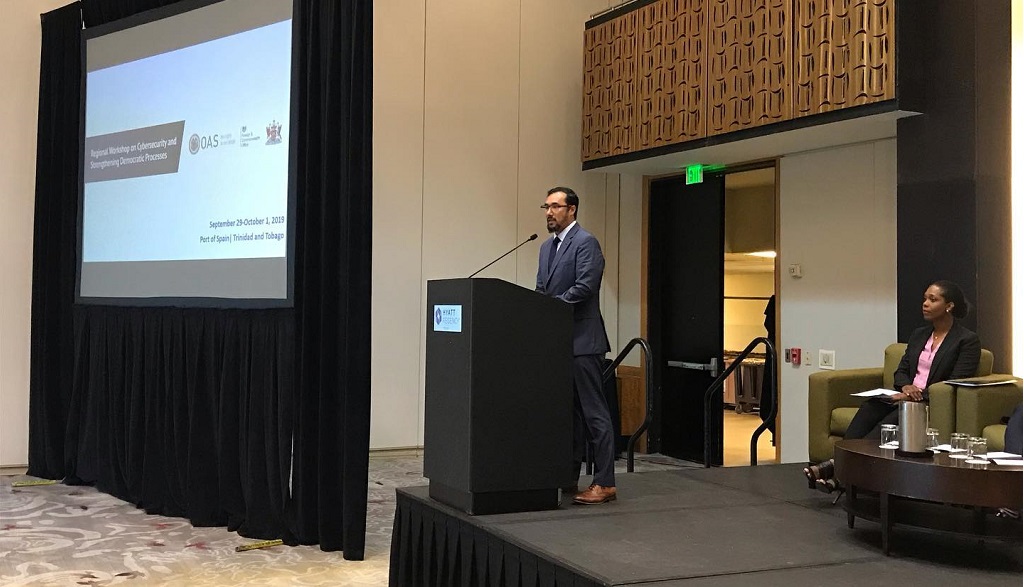 He made the comment while speaking at the opening of the regional workshop on Cybersecurity and Strengthening Democratic Processes at the Hyatt Regency, Port of Spain.

Addressing participants, Minister young said the workshop was timely as there is a growing trend of democratic processes including national elections which are being targeted by cyber threats and other activities both domestic and foreign.

“Even in paper-based electoral systems, like the one that exists in Trinidad and Tobago, these cyber threats to the democratic process are a reality, as they can target voters, political parties, candidates and the elections,” he said. 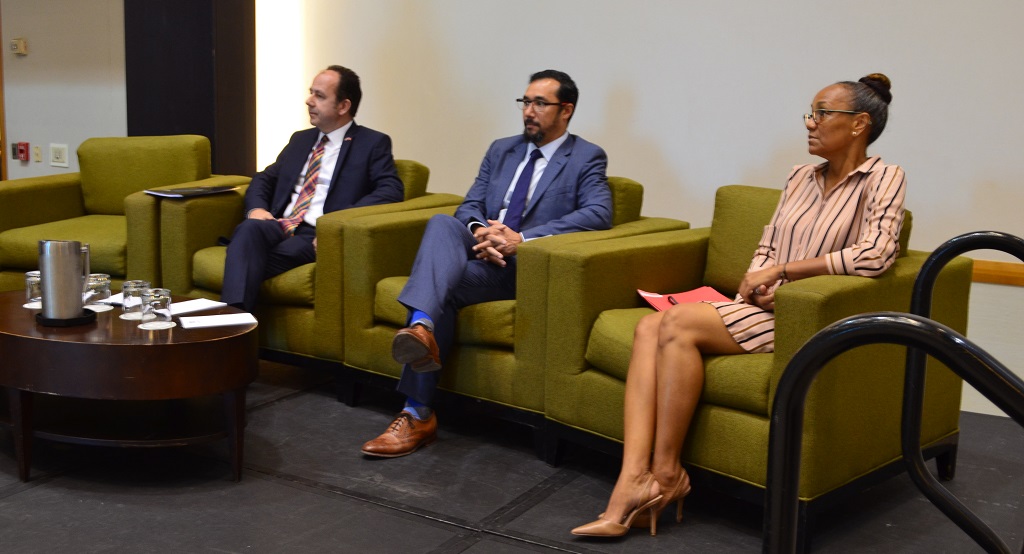 The Minister further noted that the workshop should be seen as a viable avenue to facilitate the exchange of best practices in preventing and mitigating cyber incidents during democratic processes.

“How do we ensure that we get democratic results that have not been tainted by the infiltration through data-mining techniques and through the social media platforms? If there is one switch in the world that I wish I could turn off it would be the social media switch. It has warped everything. Of course, there are also great effects of social media and we can use it for a lot of positive. But in my view, this is the single largest threat we now have to democracy," the Minister stated.

The workshop is being held in collaboration with the Government, the Inter-American Committee against Terrorism of the Organization of American States (OAS/CICTE) and the Foreign and Commonwealth Office of the United Kingdom and it targets 60 participants from all OAS Member States.

It aims to bring together various actors within the democratic process such as parliamentarians, political actors, electoral authorities and national cyber incident response personnel.

Also speaking at the opening ceremony was High Commissioner of the United Kingdom to Trinidad and Tobago Tim Stew and Country Representative for the Organization of American States (OAS) Marina Piper.

The OAS/CICTE Secretariat is expected to present its findings for a best practice guide on cybersecurity and democratic processes on completion of the workshop.