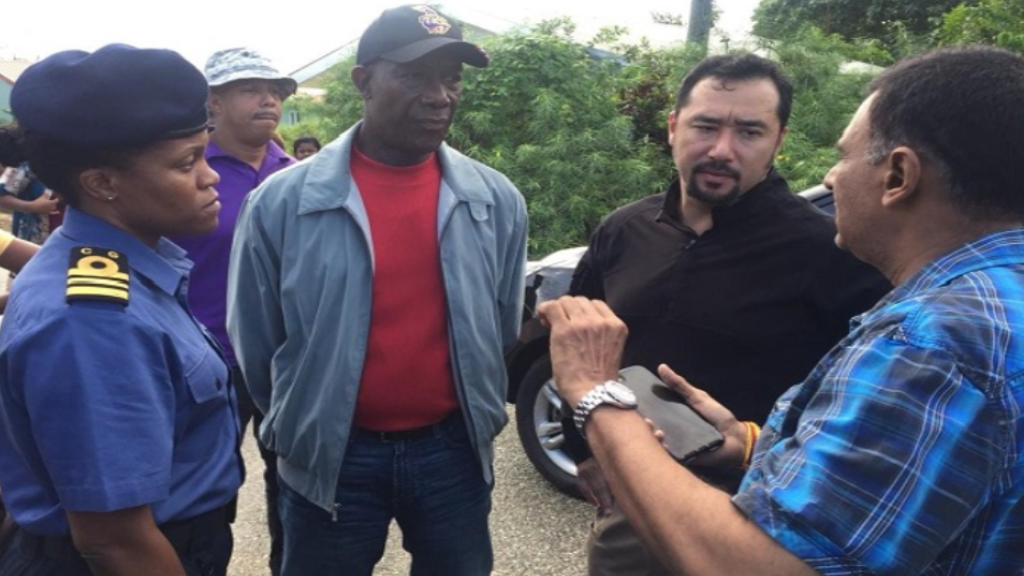 Government stands by its call to citizens to return to work and school despite calls from various sectors for a national shutdown in light of heavy rains and flooding affecting several parts of the country.

The “business as usual approach” was necessary to ensure that aid would reach an estimated 3500 households affected by the national disaster.

National Security Minister Stuart Young made the comment at a media conference on Monday as he provided an update on relief efforts across the country.

Young dismissed criticism, particularly from the Opposition, that Government was not on the ground ensuring relief was provided to citizens affected by the devastating floods.

He said he conducted a walkabout in Greenvale and Mafeking – two areas seriously affected by floodwaters and saw first-hand the damage sustained to homes as a result of the floodwaters.

Directly addressing Opposition criticism of Government’s disaster response and flood relief efforts, Young said he had not posted any photos from the walkabout because affected citizens are suffering various levels of trauma having lost, in most cases, all of their belongings to flooding.

He said Government was not on any public relations gimmick and is focused only on reaching those in need of help.

Commenting on the Opposition walkout of Monday’s sitting of Senate where debate on the national budget continues, Young said it was just a show being put on.

The Minister thanked those who heeded the call and went out to work, and expressed his gratitude to first responders who ensured that aid was provided to affected citizens today.

“If government had declared a shutdown, would the supermarket be open, would the pharmacy be open… how would you get supplies?”

“If we had declared no work, where would we be today?”

He also gave an update on efforts in hard hit areas.

Floodwaters have begun receding in St Helena and Kelly Village, while help is being sent to Madras, Mayaro and other affected areas.

Young advised that there are still areas along the Manzanilla stretch that are still underwater.

“Please, do not put yourselves at risk,” the Minister urged.

He said northbound lane of the Uriah Butler Highway is now completely clear, and certain classes of vehicles can now use southbound lane.

Young issued a word of caution to motorists, however, as he said that while the state of roadways has vastly improved, drivers should not venture out into floodwaters as they may be deeper than they appear.