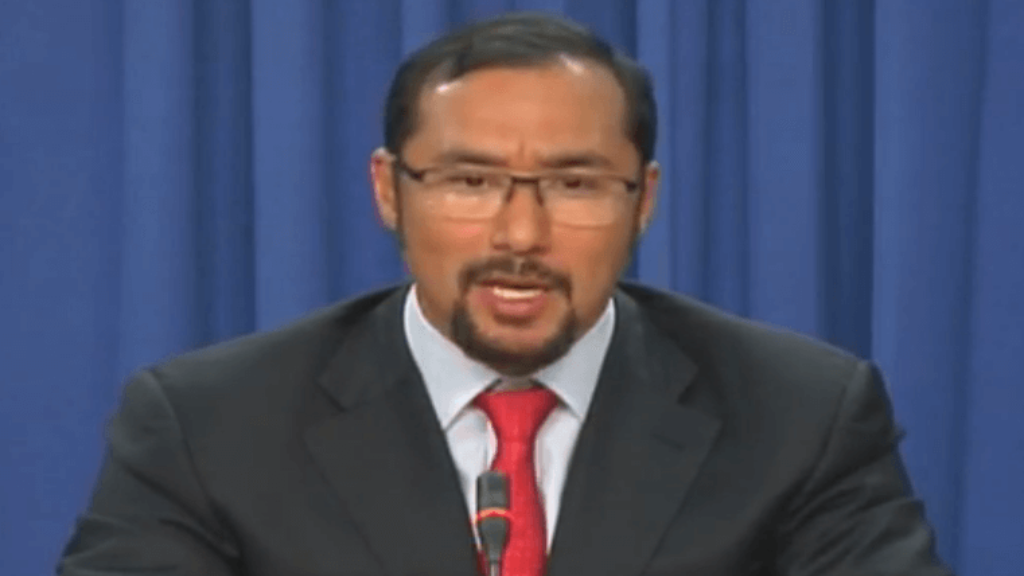 Minister of National Security, Stuart Young, is denying any claims that he is politicising the crime situation.

The statement from the National Security Minister followed remarks made during the Post-Cabinet press briefing on Thursday, in which Young said he had information that criminals were being directed by ‘certain people’ to create a fear about ‘runaway crime’ in Trinidad and Tobago.

He posted the question of ‘Who would stand to benefit from a spike in crime?’.

The Opposition party promptly issued a release following the Post-Cabinet media briefing, accusing Young of engaging in ‘scandal and propaganda’.

According to media reports, Former Attorney General Ramesh Lawrence Maharaj said Young should be careful in making such statements and present facts to support claims of that nature.

In today’s statement, Young noted that all of the information he shared was provided to him by the ‘authorities’. He pointed out that he mentioned no names and said the public will note who ‘jumped out defensively’ and who remained silent after his comments.

Young said, “I have no interest in politicizing crime. In fact, as I stated at the outset of my tenure as Minister of National Security, I prefer not to discuss matters of National Security and I would always be very cautious and deliberate in my public discourse. I repeated this on Thursday and I conduct myself according to this principle.”

Young said he continues to work assiduously, within the scope of his authority, with all arms of National Security in the fight against crime.

He said the Ministry has been utilising new crime-fighting techniques with the aim of employing new technology as well.

The Minister thanked the men and women in the various divisions of National Security for continuing to work together in the difficult fight against crime.

He concluded that it has always been his position that ‘no one is above the law.’