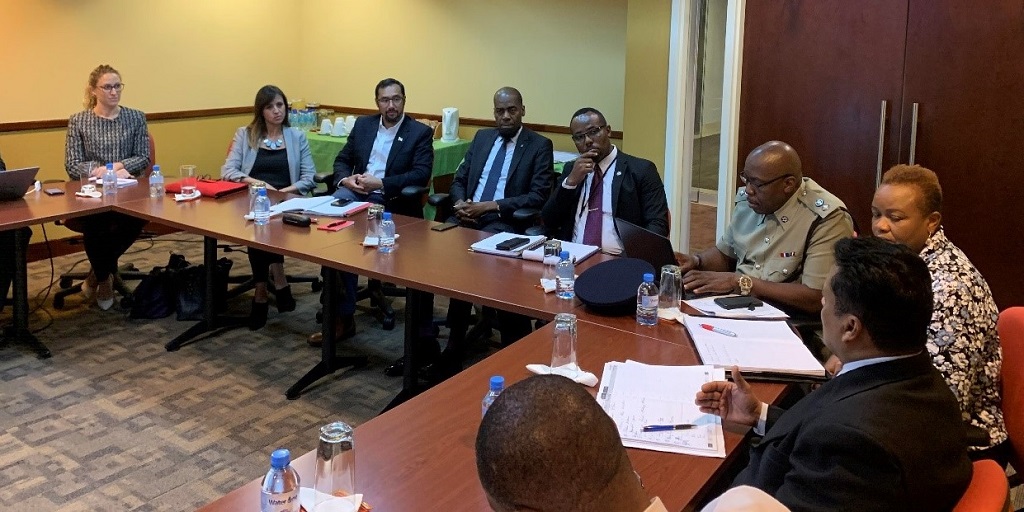 Minister of National Security Stuart Young meets with Sergeant Miguel Bernard, forensic ballistics expert at the Jamaican Constabulary Force and Head of the Firearms and Toolmarks Examination Department at the Institute of Forensic Science and Legal Medicine in Jamaica.

Talks focused on joint efforts toward strengthening Trinidad and Tobago’s forensic ballistics analysis capabilities. Also on the agenda were discussions surrounding the development and implementation of a ballistics software framework to be adopted in the fight against the use of illicit small arms and light weapons in gang activity and firearm-related crimes.

The meeting took place on Monday at the Ministry of National Security’s head office in Port of Spain.

Minister Young thanked Sergeant Bernard for sharing his expertise and took the opportunity to underscore his commitment to strengthening the capacity of agencies responsible for the investigation, evidence processing and prosecution of gang-related crimes, homicides and firearms offences.

The National Security Minister also expressed his gratitude to the British High Commission in Trinidad and Tobago for their assistance in facilitating the meeting and for their continued collaboration on security matters of mutual interest.