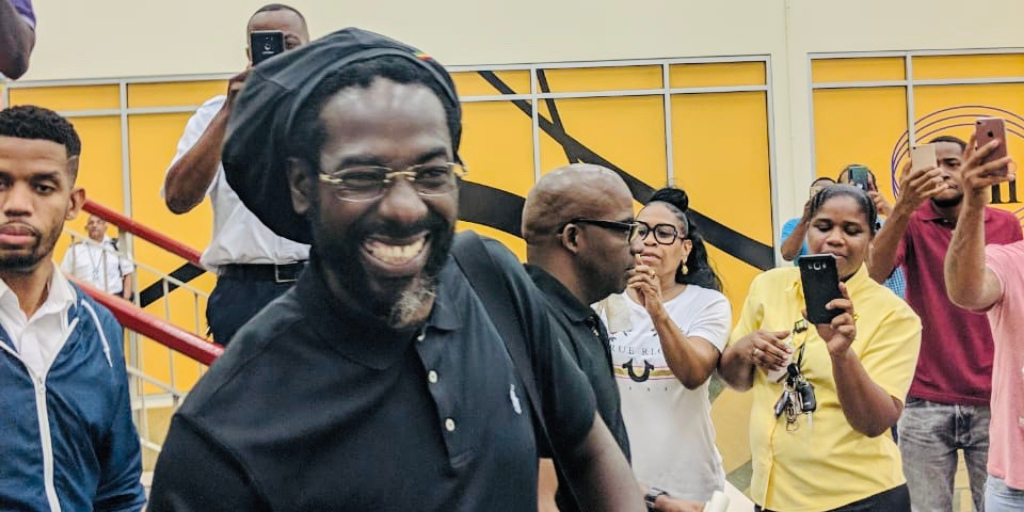 National Security Minister Stuart Young has expressed best wishes to Jamaican dancehall and reggae artiste Buju Banton as he puts on his I Am Legend concert in Trinidad later today.

In a statement on Sunday, Young said he is looking forward to hearing of a successful concert performance tonight.

His comments follow a police search executed on the artiste’s hotel room on Saturday night based on intelligence received. Nothing illegal was found.

Police Commissioner Gary Griffith has since apologised for the incident and given the assurance that would be no further interference ahead of Sunday’s concert.

Young took note of Saturday’s search and the subsequent assurances from Commissioner Griffith that the police will do all that it can to ensure that the remainder of Buju’s visit is peaceful and incident free.

Below is the full statement issued by Minister Young:

“Mr. Mark Myrie (Buju Banton) arrived in Trinidad and Tobago on April 19, 2019 and as Minister of National Security, I granted him (and one other Jamaican citizen/performer known as Luciano and American citizen/performer known as Wayne Wonder), Ministerial Permits to enter Trinidad and Tobago to perform at a concert today (April 21, 2019). This permission was granted after due consideration and also an appreciation of our CARICOM stance and commitments.

I have observed events that unfolded yesterday (April 20, 2019) with respect to a search of Buju’s hotel room and an eventual meeting between Buju and the Commissioner of Police Mr. Gary Griffith where the Commissioner discussed the circumstances surrounding the search of the room by the police.

I have noted that the Commissioner gave assurances (as evidenced by a press release last night) that the police service will do all that it can to ensure that the remainder of Buju’s visit is peaceful and incident free.

I welcome this assurance by the Commissioner and the men and women of the Trinidad and Tobago Police Service.

As Minister of National Security, I look forward to hearing of a successful concert performance by Buju and others tonight, and wish them all of the very best whilst they are on our shores.”

No more interference for Buju and team, CoP assures

TTPS on red alert until Tuesday