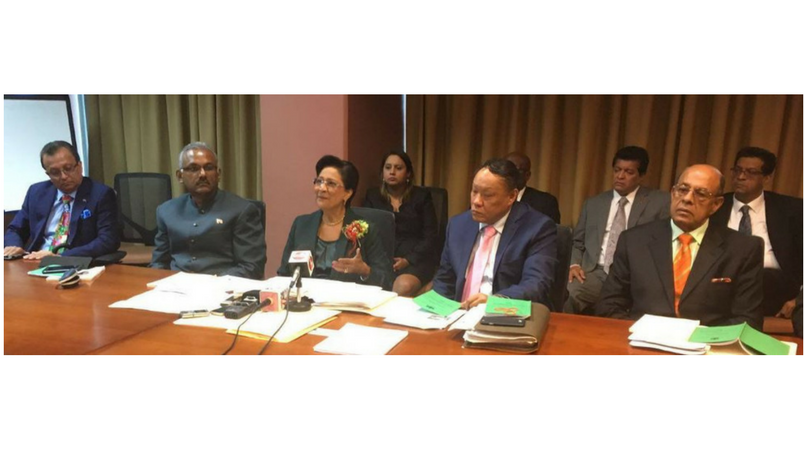 Government is maintaining its position that a Joint Select Committee (JSC) on the Foreign Account Tax Compliance Act (FATCA) is not necessary.

Opposition has called for a JSC on FATCA, as it believes there would be a "healthier" discussion on the matter. It has walked out of Parliament on two occasions while the bill was being debated.

However, speaking at the Post Cabinet media briefing on Thursday, Minister in the Office of the Prime Minister Stuart Young said government is concerned that a JSC would see a narrowing of the number of parliamentarians that can engage in debate and discussion on the legislation and it would not offer the openness of discussion that Parliament has.

Young noted that even the Bankers' Association agreed that such a committee was not necessary, as he questioned why Opposition was insistent on having a JSC.

"We are now seeing an independent body of bankers who are the ones to implement the effects of FATCA come out and tell the Opposition there is no need for a Joint Select Committee. 'We have looked at the legislation, we have listened to your concerns, and we think that there are only potentially two areas that can be resolved and may need to be resolved in what you the Opposition are saying and what is the current form of the bill'."

"I heard the Opposition leader try to put a spin on it: 'Well none of us are economists,none of us are financial experts, etc.'. That is a red herring because the economists and financial experts, those in authority...have all gone through it. Who better than the Bankers' Association to go and say there is no need for a Joint Select Commitee, this thing can be passed as is."

The Minister said citizens are not easily fooled by what is taking place and urged the nation to take note of which group "keeps moving the goal post".

Young, who assured that government will be bringing more legislation to Parliament to fight corruption and white collar crime made it clear that the bill has to be passed.