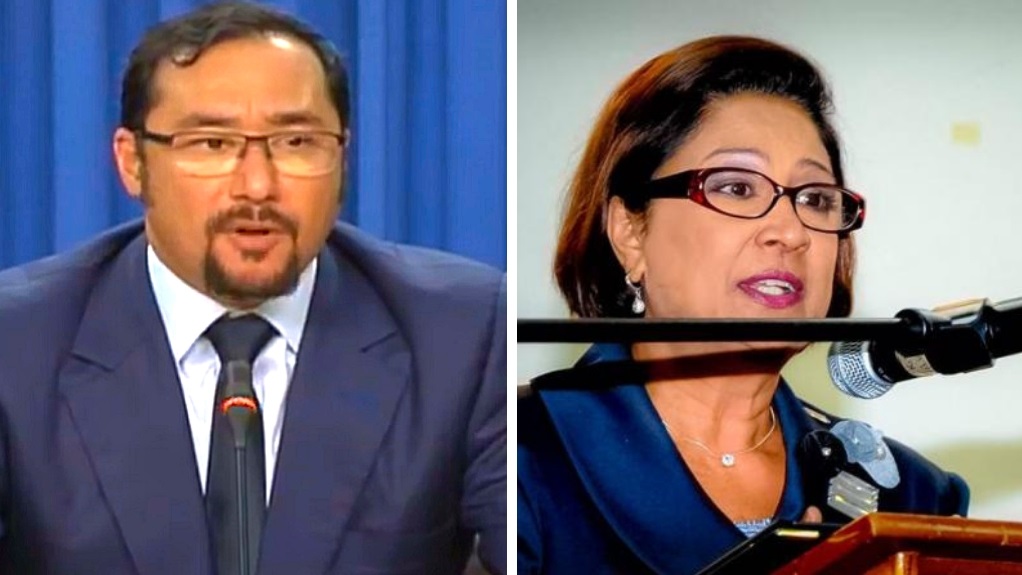 As political tensions continue to escalate in Venezuela, Minister of Communications and National Security, Stuart Young slammed Opposition Leader Kamla Persad for her attempts to 'cause panic' after comments on relations between Trinidad and Tobago and the US.

The statement comes after Persad-Bissessar said during a political rally that Trinidad and Tobago citizens with US visas may be in jeopardy due to government's support of Venezuelan President Nicolas Maduro.

"Today I tell Rowley, Faris and Camille that while you and your family hold diplomatic passports and you are provided with immunity, over 200,000 of our citizens hold ordinary passports with US tourist visas. So, you want to know what Trump could do to them?"

The US has said it rejects Maduro's legitimacy and supports head of the National Assembly, Juan Guaidó, as interim president, after Guaido claimed the presidency while speaking at a march on January 23, 2019.

The US Embassy has since called Trinidad and Tobago's stance on the matter 'concerning'.

However, government is reassuring citizens that there is no need to panic.

"The Government is compelled to reassure citizens that the attempt to cause panic by the United National Congress (UNC), and in particular, the Leader of the Opposition Mrs. Kamla Persad Bissesar, by creating fear about a change in relations between Trinidad and Tobago and the United States of America (USA) is unfounded and a naked attempt to cover up the most recent overwhelming criticism of the Opposition."

"We remind that CARICOM, and many other countries, took an identical position of non-interference and non-intervention with respect to Venezuela. CARICOM has sent a delegation, including Prime Minister Dr. the Honourable Keith Rowley to the United Nations to have discussions surrounding the Venezuelan issue and its potential threat to regional security, social and economic disruption."

"Notwithstanding efforts by the UNC to undermine Trinidad and Tobago's position, particularly at this time of sensitive negotiations, Trinidad and Tobago reaffirms its principle positions and counts the USA among its treasured partners in observing and protecting these principles," Young said.