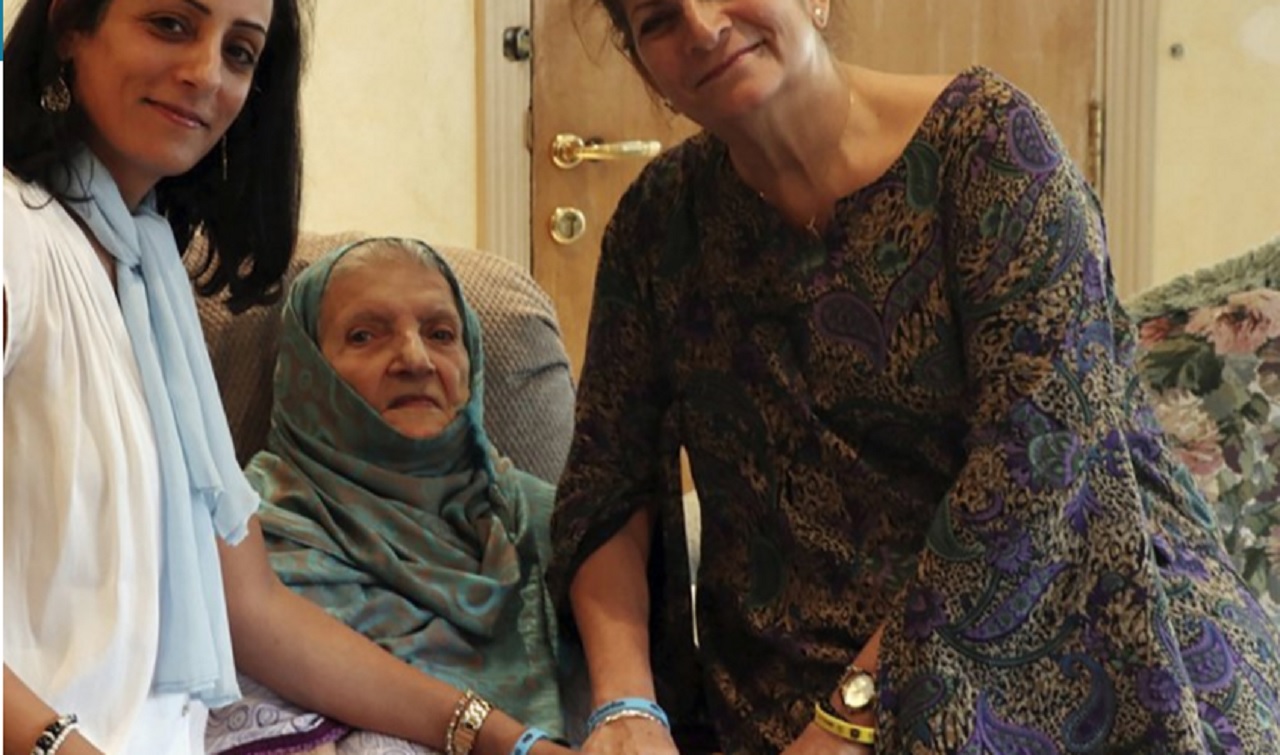 Under Saudi law women are consigned to the legal status of minors.

First she’s in the hands of her father, then she moves to her husband. Often, she ends up under the power of her son.

From childhood through adulthood into old age, every Saudi woman passes from the control of one legal guardian to another, a male relative whose decisions or whims can determine the course of her life.

Under Saudi law, the guardian’s permission is required for a woman to get a passport, to travel abroad or to marry. It is also often demanded whenever a woman tries to do any number of things, including rent an apartment, buy a car, undergo a medical procedure or take a job.

As a result, women are consigned to the legal status of minors.

Saudi Arabia’s ban on women driving is what often grabs the most attention, but rights advocates say guardianship laws are the factor that most powerfully enshrines inequality for women. President Donald Trump heads to Saudi Arabia this weekend to cement ties with the deeply conservative kingdom.

Guardianship was a major reason for the outrage when Saudi Arabia last month was elected to a U.N. commission tasked with promoting gender equality and women’s empowerment.

The kingdom was nominated to the post by the Asia-Pacific region, and normally nominees are rubber-stamped automatically. In this case, the U.S. requested a secret ballot vote, a move seen as a symbolic objection, though the kingdom won with 47 out of 54 votes.

The Geneva-based rights group UN Watch denounced the acceptance of Saudi Arabia on the commission, calling it the “world’s leading oppressor of women.”

Saudi law is based on one of the most conservative interpretations of Islamic Shariah, and no other Muslim countries enforce such strict guardianship measures.

There have been some marginal improvements in women’s rights in the kingdom in recent years. In a rare step to partially rein in guardianship, King Salman last week ordered government agencies to stop demanding guardians’ permission beyond the areas where the law actually requires it.

Rights activists say the system should be ended completely.

The Associated Press spoke with three generations of women from a single family about its impact on their lives:

Naila Mohammed Saleh Nasief, an outspoken 96-year-old, finds it frustrating and humorous that her son has been her guardian for the past three decades.

“I need his permission for everything,” she said. “My son, who I gave birth to and raised and made a man. Does this make sense?”

Her father, who worked in the Finance Ministry, and her husband, a doctor who at one time served as health minister, were both open-minded men and gave her freedom of choice, she said.

She raised her sons and daughters as equals. Breaking with another cultural norm, Nasief has never worn the black face veil, known as the niqab, which most Saudi women don.

Since her father and husband’s deaths, her eldest son has also been accommodating.

But that doesn’t mean things are easy.

In one case, in her 60s, she went to the airport to fly to the United States. But she had forgotten the piece of paper from her son granting her permission to travel. Her brother, his children, and her son-in-law and grandchildren were all flying with her — but not her son.

So airport officials barred her from boarding the plane. She and her 18 relatives had to wait for five hours for someone to bring the document to the airport. Nowadays, guardians can give travel permissions electronically.

“I felt I am not human,” she said of the experience.

The system leaves women dependent on the goodwill of their male relatives — fathers, husbands or sons, or in some cases a brother or uncle.

Guardians are free to refuse permission. Women have complained of being abused, forced to hand over salaries to their guardians, barred from marriage or forced into unwanted marriages. Women who flee abusive homes can be imprisoned or put in a shelter, requiring the consent of her guardian to leave.

Nasief said the rules aim to keep women at home and quiet. She lamented that some women support the system, seeing it as protecting them.

“I don’t think these laws will change, not even in 50 years, because people’s minds are closed,” she said. “If you hear people talking, they say it’s better for men to rule us than to be out in the wild.”

“Religion doesn’t say to do this,” she said. “There isn’t anything in the Quran that says a man rules over women.”

Sahar Nasief, Naila’s daughter, was 53 when her son became her guardian.

When she divorced her husband, her guardianship was transferred back to her father, Hassan Nasief. After he died, her three sons joked over who would be responsible for their mother, she says. In the end, she picked her middle son, then 32.

She had to get his consent when she rented an apartment and when she bought a car. The dealer even demanded he co-sign on the car, even though Nasief, a now 63-year-old retired university professor, bought the car with her money.

In 2013, when she defied the ban on women driving and got behind the wheel of car as part of a nationwide movement to push for women’s rights, she was pulled over by police, who wouldn’t release her until her son signed a pledge vowing his mother would never drive again.

When raising her three daughters, she taught them never “to take any nonsense from anyone” and made sure not to teach them “this nonsense about ‘you have to obey your husband for life’.”

“My daughters and sons were raised like this, as equals sharing and exchanging roles,” Nasief said.

“I want my right without any reason. It’s a right,” she said.

Lubna Jamjoom, Sahar’s daughter, is a 40-year-old interior designer with three children. But she needed her husband to accompany her to the bank in order for her to open an account for her children and she needed him to get her children passports.

“It doesn’t make sense that he can decide these things for me as an adult and the mother of his children,” she said.

Unlike many Saudi women, Jamjoom knew her husband before marrying him. That was important for her, knowing how much sway he would have over her life. “Even if the guy is kind or good, he can make a woman’s life difficult,” she said.

She has access to the family’s identity book, an official document listing the parents’ and children’s names. It is issued only to the father, and women whose husbands keep hold on it have no way to prove their relationship with their children and so, for example, can’t enroll them in school without the father’s consent. It was only last year that widowed and divorced women could receive the book.

Jamjoom said she wants her daughter to grow up and be able to make their own decisions instead of relying on a man for nearly everything.