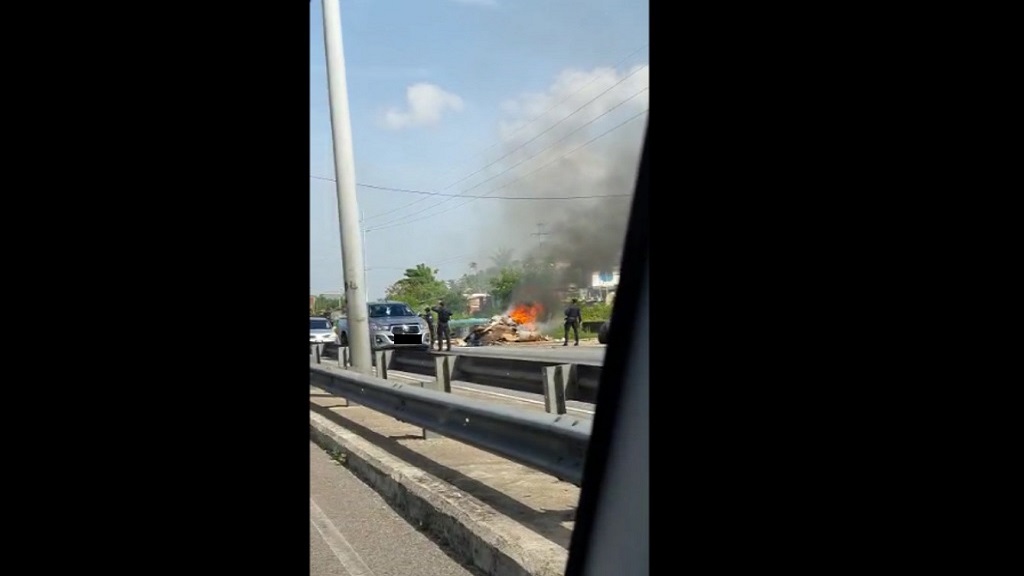 Disturbances across East Port of Spain are being obviously orchestrated.

The claim comes from National Security Minister Stuart Young who confirmed incidents of “sporadic shooting” on members of law enforcement.

Young made the assertion at a media conference on Tuesday where he gave an update on protests taking place in light of the extra-judicial killing of three men in Second Caledonia on Saturday.

Describing the current situation as “disturbing”, Young said the Defence Force has been called in to assist the Police Service in quelling the situation.

He urged citizens not to panic as he said full protection will be provided to all law-abiding citizens.

“The TTPS has the support of the Defence Force and they will not hesitate to do all that is in their power to keep the peace.

I am appealing as a law abiding citizens, as a person who cares about Trinidad and Tobago, to refrain from those who have criminal intent to disrupt and distub the peace. Do not allow yourselves to be encouraged and get your messages across.”

Acknowledging that emotions have been running high in light of the nature of the killings that sparked the protest, the Minister assured that the matter is being investigated.

Two separate investigations are being conducted – one by the TTPS and the other by the Police Complaints Authority.

Young confirmed that Fuad Abu Bakr was among those arrested during the protest.

He also said a projectile hit the third floor of the Ministry of Legal Affairs Building on Richmond Street during this morning’s disturbances.

Young maintained that people are being paid to go out and cause disturbances, stating that information coming in to his Ministry that the disturbances have been “carefully preplanned”.

The protests have caused a traffic gridlock leaving many seeking alternative routes to get to their destinations.