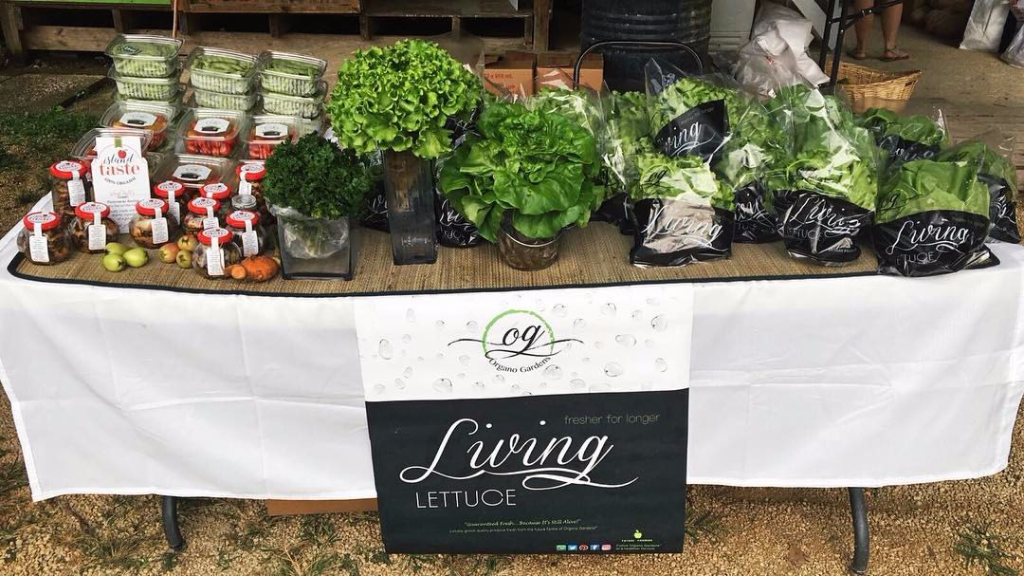 It’s a dream that’s been 10 years in the making for 33-year-old Harlon Mark Dassrath.

Dassrath, along with his fellow teammates, recently launched Organo Gardens, an organic ‘living lettuce’ which is packaged with the roots attached for a longer shelf life, and is grown without conventional chemical pesticides.

Dassrath, whose hydroponic farm is based in Gasparillo, said he believes that healthy food means reducing the level of harmful pesticides we consume, and focusing on natural methods of pest prevention.

Growing up in Gasparillo where there is a strong farming community, he was able to gather information through the help of friends who already had experience in the field and finally saved enough money to set up his farm, with the rest of the Organo Gardens team, in late 2016.

“I started to research it and learn more and more about hydroponics, and I realized that in Gasparillo, a lot of the farming techniques used are mostly traditional, but here was a way to possibly get faster, bigger, and healthier crops.”

“The equipment is expensive so we just kept exploring and planning, before we got it to actually materialize,” he said.

One added benefit is that he was able to secure the land fairly easily, which is owned by his grandparents, and gathering the farming equipment was the major hurdle.

Within 11 months, the farm was ready to start producing their first crops of lettuce. 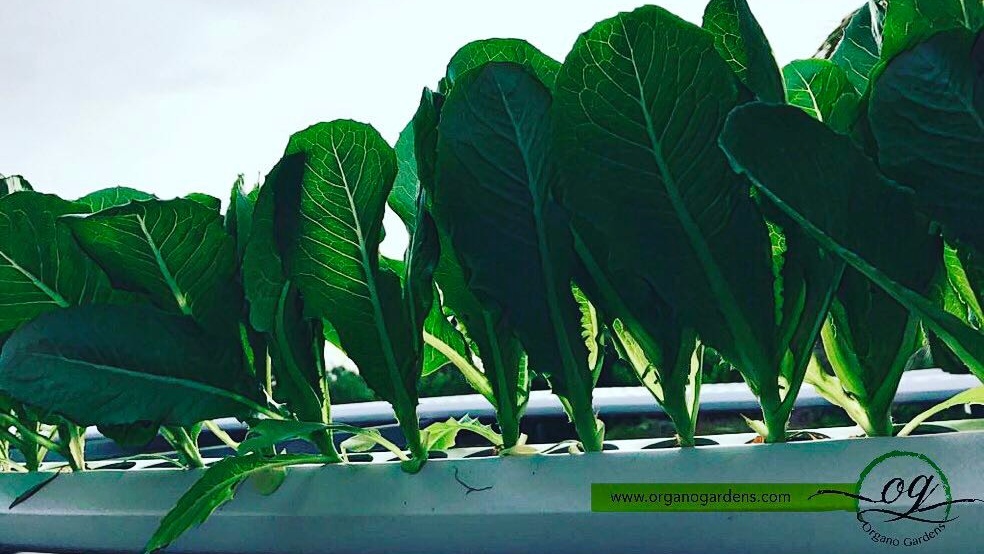 Dassrath said they use the Nutrient Film Technique (NFT) which supplies a film of nutrient mixture to the plants on a steady basis.

With NFT, plants are constantly fed a mixture of nutrients through a film of water which is re-circulated past the bare roots of plants in a watertight gully.

This ensures that the roots of the plants, which develop in the bottom of the channel, have access to both the nutrient supply and oxygen. The main advantage of the NFT system over other forms of hydroponics is that the plant roots are exposed to adequate supplies of water, oxygen and nutrients.

The system is arranged on a cyclical basis so that they can supply fresh produce to their clients every week.

“Although it’s more expensive to set up, this system allows crops to be able to grow safely and more easily,” he said.

Additionally, the plants are not treated with conventional chemical pesticides as Dassrath uses only organic methods for keeping away insects and other diseases, such as neem oil.

Dassrath said that although this method is harder for them, it’s critical in creating food that he believes is healthier for consumption. 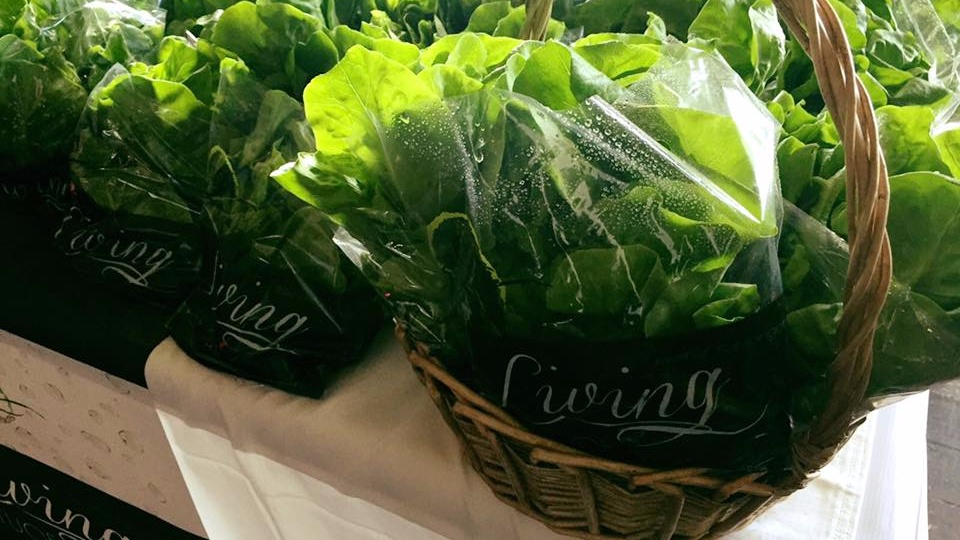 “Conventional farming has a lot of chemicals and we try to stay away from that. We don’t use chemicals, we use organic pesticides such as neem oil. We find that also as the plants are healthier, they are less susceptible to diseases,” he said.

“When you go to buy vegetable, you don’t know how they’ve been treated, or what chemicals were used on them, even the imported vegetables,” he said.

Sure enough, about one month later the first crop of lettuce was ready for sale.

“I remember feeling like I had finally achieved this, it was a great feeling, after 10 years seeing this vision, it was an unexplainable feeling for me.”

However, it was at this point that Dassrath and his team encountered their first hurdle.

“It’s a funny story, we went to the market, and we went up there with big bags and nobody wanted to buy them, and we started giving them away because nobody wanted this product. People were like ‘what’s this?’ they didn’t understand what it was,” he laughed.

“We didn’t understand that this wasn’t our market for this product.”

The feeling of defeat was strong at first, but he said their team kept on pushing.

He said his partners then began attending the Santa Cruz Green Market where their response was much better, and they then began to connect with buyers who would become steady clients. 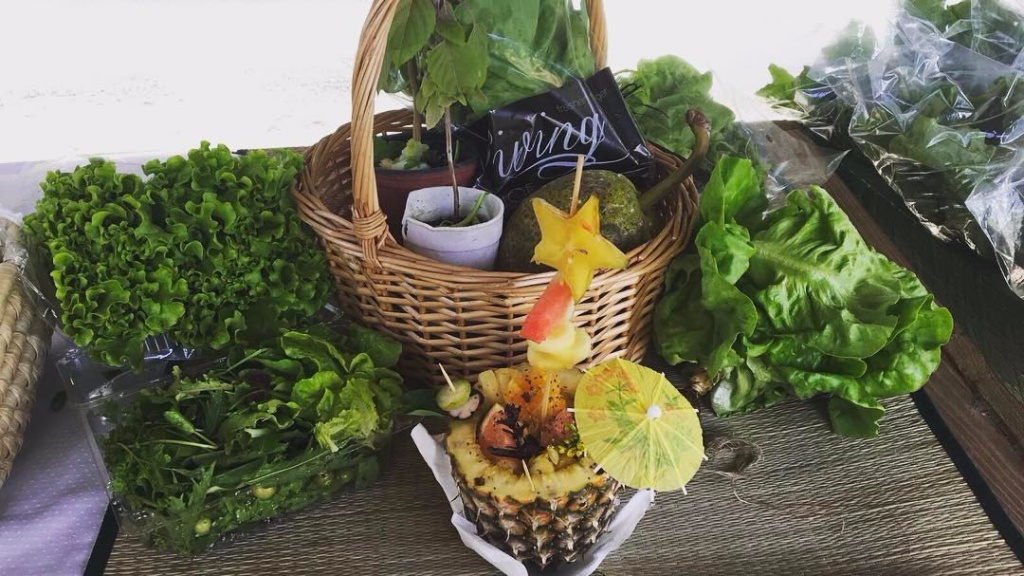 (Photo: Organo Gardens was a hit at the Santa Cruz Green Market)

“It’s hard to manage the farm and also be out there trying to inform people what Organo Gardens is about, but we’re going to keep trying,” he said.

Dassrath said their product is now mainly purchased by hotels and some restaurants as the lettuce is ideal for salads.

Dassrath said that the team plans to increase production and eventually branch out into other crops.

“From the operations end, I’d like to see production double in 2018, but for that to happen we need to also see sales increasing, so we’re working on that at the moment.”

“We also want to try other crops but we’re still planning, we’re taking it one step at a time,” he said.

His advice for other young entrepreneurs hoping to start their own businesses is one of practicality.

“Begin with the end in mind. If you start something and you don’t have an idea of when it is you’re going to finish, you’ll never really have a path, so I believe that you should make sure you have a plan in mind so you can keep your mind focused and achieve that,” he said. 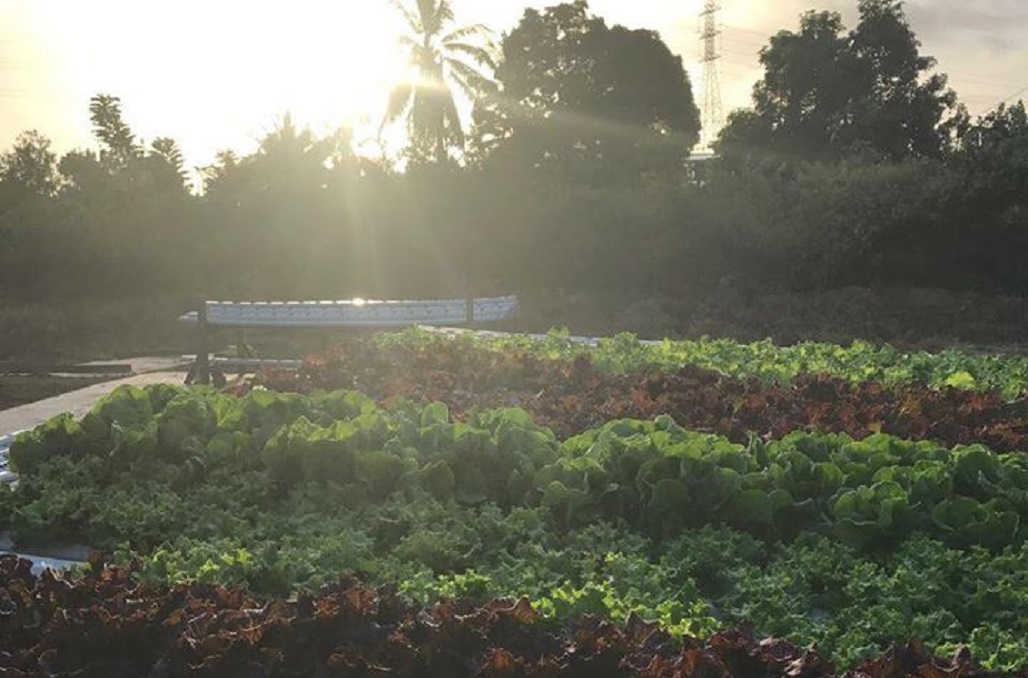 The Organo Gardens team is as follows: