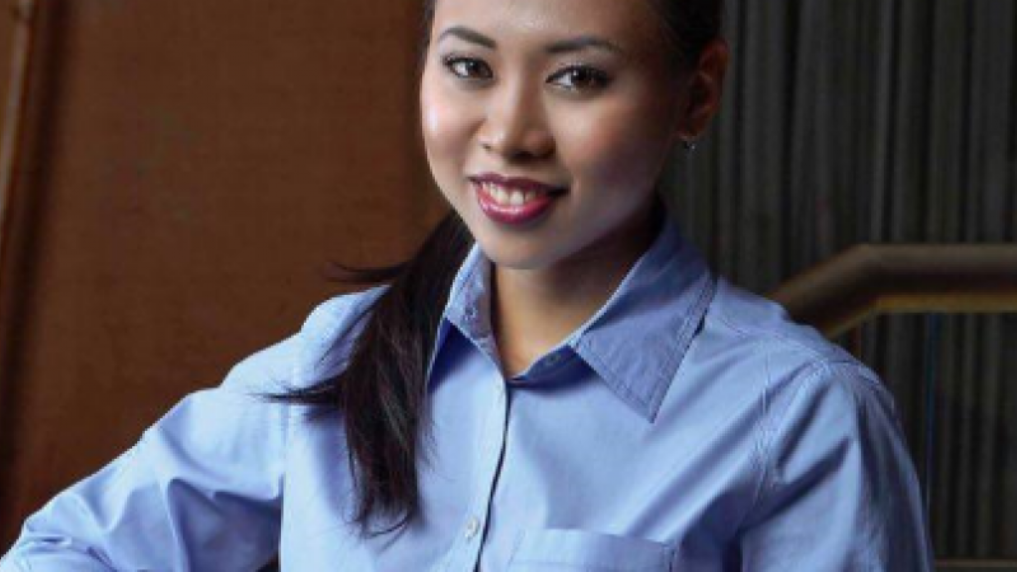 When you meet Myles Marbella, you quickly learn that she does not easily take no for an answer.

That tenacity and determination were vital to her simultaneously holding the portfolios of co-owner and Executive Chef at Roll Sushi and owner of Myles Express at the age of 23.

Her ability to say ‘no’ extended even to her parents. Although they wanted her to pursue architecture and petroleum engineering, her love for cooking and strong-willed nature led her to pursue the culinary arts at TTHTI instead.

While studying, she started her first job working at Kaizen Sushi at the age of 19. While the experience helped, Hyatt Regency was always her end goal, as she wanted to become the first female sushi chef at the hotel, something that had never been accomplished before in Trinidad.

She was there for about six months and was already receiving rave reviews about her sushi from guests, local and international. It was there she also met her future business partner, Dana Balliram.

Like the other guests, Balliram was impressed with not just with Myles’ sushi but her work ethic. Balliram said that she saw a lot of potential in Myles and decided to invest in her.

“She has the potential, she is a house of talent. Being around Myles and seeing what she’s done, what she’s offered people and her creativity, I realized that she has talent worth investing in. All she needed was that push to bring it out and present to the world.”

She later also worked alongside Joe Brown (Jaffa at the Oval, Solimar) but it was Dana's faith in her craft that led to her recommending Myles for the role of Executive Chef for a new sushi spot on  Ariapita Avenue. She faced stiff competition at the time. Not only was she the lone female applying for the job, but she was going up against chefs who were many years her senior with more culinary experience. Myles, however, had a cutting edge with a unique taste and presentation, which led to her becoming Executive Chef at Roll at 23, a rarity in the industry.

While it was a monumental achievement in itself, it wasn’t enough for Myles. When a business space became available downstairs from Roll, her business partner, Dana, was the one that pushed her to take it.

“I know Myles’ potential and I knew that she could do so much more than sushi. She’s very creative in the culinary arts, always sampling with different tastes and styles of food.”

The two played around with ideas, concepts and menu, eventually settling on a takeout spot, with a deli-style menu. Soon after, Myles Express was born.

She has accomplished a lot such a short period of time at such a young age, but sometimes it can be a double-edged sword as she might not be taken as seriously given her young age.

“It’s challenging, but I get strength because people like Dana push me; I sometimes find it challenging to manage people who are older than me but I’m learning and I’m conquering.”

Her day starts at 4AM, where she preps to open Myles Express for 6AM to 1PM; from 1PM to 3PM she begins prep for Roll. She then naps for about an hour before working at Roll from 4PM to 1AM. However, when you love what you do, it doesn’t feel like too much of a sacrifice.

"I always say do what you  love, love what you do. You can’t give up, especially, if you have a dream. I learned that, especially with regard to Hyatt.  I was turned down nine times! But this was my goal, I wanted to be the first female sushi chef there so I couldn’t give up.”

At such a young age, Myles is an inspiration, not only for other entrepreneurs but young women as well. Her steadfast nature and refusal to take 'no' for an answer has allowed her to achieve her goals and break down barriers in a male-dominated industry.

Young People in Business is brought to you by JMMB.