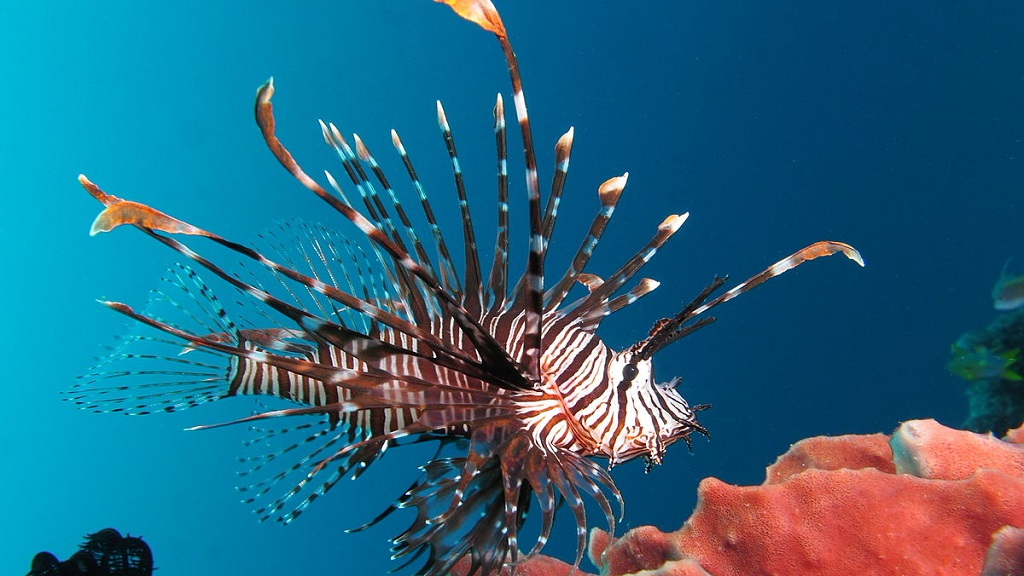 The lionfish is a scourge that threatens marine life across the Caribbean, able to eat up to 30 times its own stomach volume and difficult to catch using large-scale fishing methods.

However, it has proved to be a great business opportunity for 23-year-old Riesa Sumair who launched her seafood business, Lion's Den Seafood, last year.

In May 2017, Sumair, a graduate of the University of the West Indies, had recently been let go due to company downsizing. After being unemployed for months, Sumair, who loves diving, decided to take her future into her own hands.

An avid diver, she decided while on a diving trip in Tobago that catching and selling this invasive species would not only benefit the environment but might prove to be a successful business venture as well. 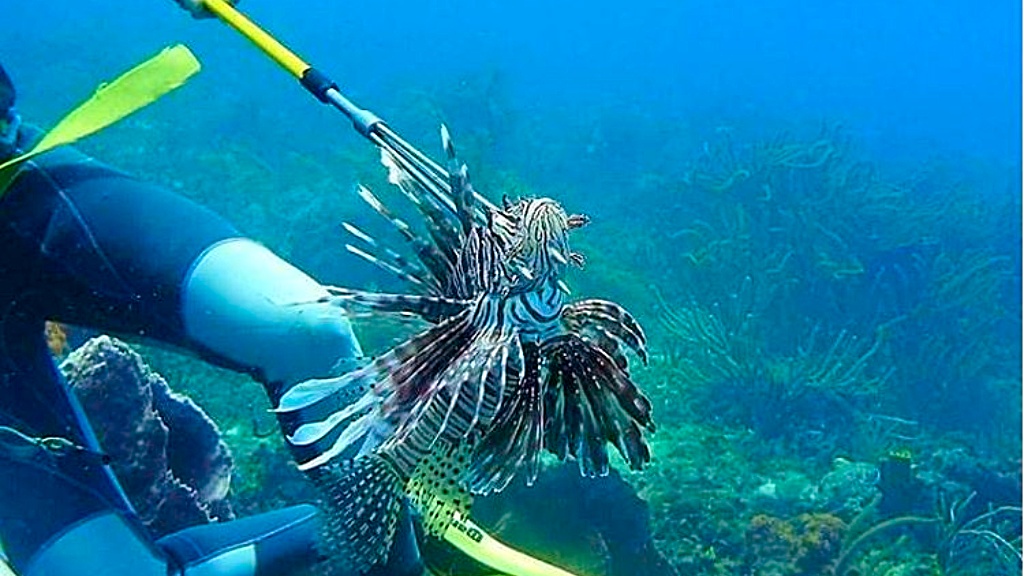 “I got the idea in May of last year. It came about because I was unemployed for so long. I couldn’t find a suitable job and I just decided to take the chance.”

“I was in Tobago for a diving trip because I had the time to do it and while I was in Tobago the guys I dive with, we would go for the weekend and spear lionfish, and it hit me that this is a niche market and it’s also a very delicious fish. What if we could sell fried lionfish and bake in Maracas? So I decided to take the plunge,” she said.

She made another trip to Tobago to speak with fishermen she knew who agreed to supply her with lionfish, and so her business began.

So far, the response has been so great that she has had trouble keeping up with the demand.

“We get a lot of interest from restaurants, I think they understand the benefits of having it on their menu because not only is it delicious, it’s good for the environment,” she said. 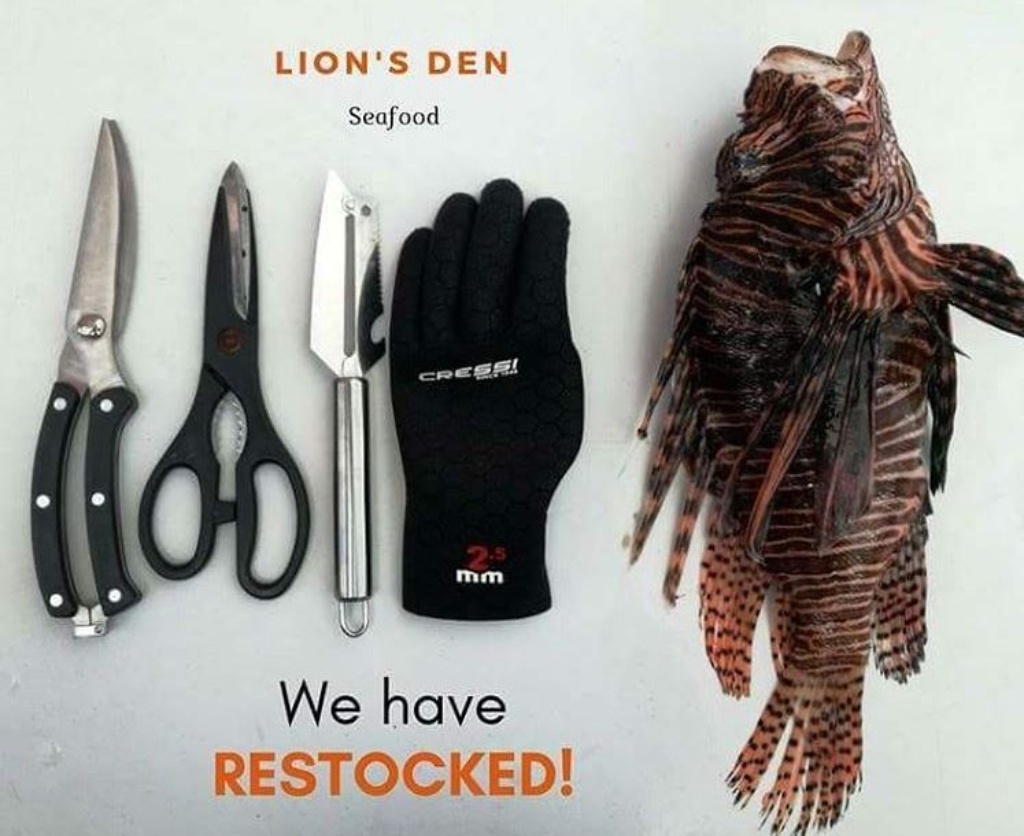 “We started selling in December 2017 and so far, it’s been going really well, so well in fact that I’m looking for more suppliers…the issue is supply right now,” she said.

Amidst reports of difficulty with the sea bridge, Riesa said however that her dealings with shipping lionfish from Tobago over to Trinidad have generally been smooth, but there have been situations where sailings were cancelled, which could have jeopardised her cargo.

“It was straightforward but lately with the inconsistencies in the ferry service it has become a bit of a problem, especially over the recent Easter weekend. We had a few problems getting stuff across here. I remember there was a time when my stuff had to sit on ice for about three days and that’s not something I’m happy with. I want quality products for my customers so that’s not ideal at all,” she said.

She added that bad weather also has a role to play because lionfish, unlike other fish such as grouper, king fish and carite, cannot be reeled in with a net but has to be caught individually through spearfishing.

“Not many people know but you can’t catch lionfish with a hook and a line, you have to drop down into the water and spear it individually, which is the real issue behind it, you can’t ‘mass-collect’ it the way you would with other fish,” she said.

However other than that, she said logistically there have been no real hiccups.

“I do go across to check over but most times I’d be going to dive and get in on some of the fun,” she laughed.

Moving forward, Riesa said she’s eager to grow her business so that more people can get to try this delicious fish. 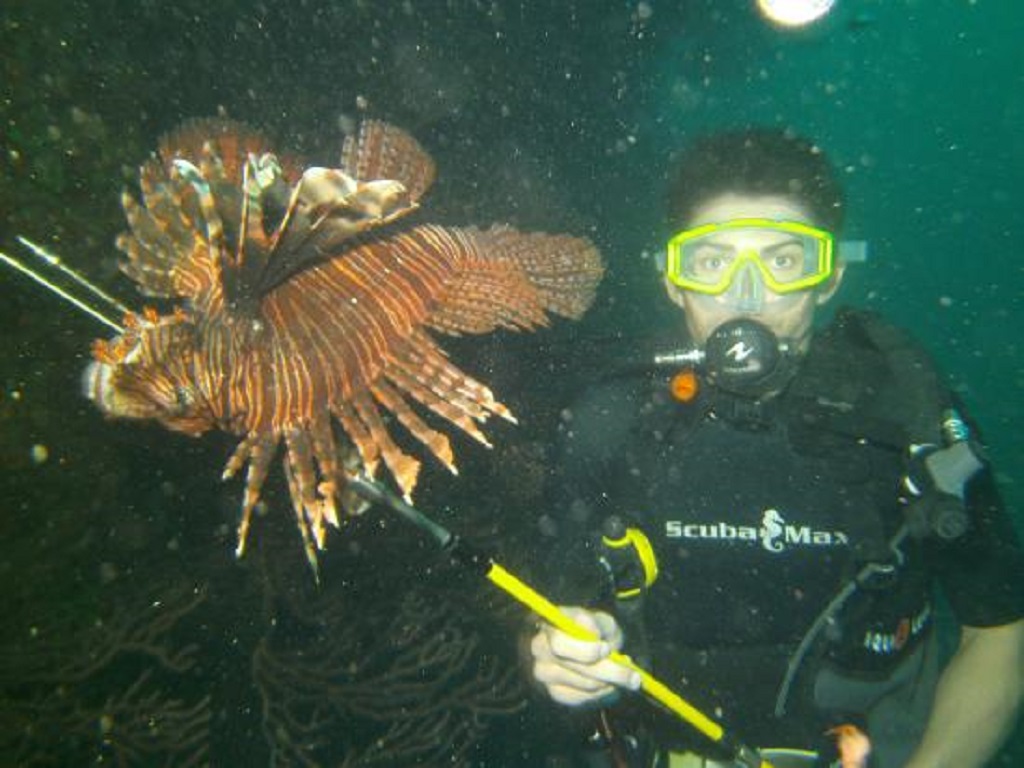 (Photo from Undersea Tobago: A diver poses with a speared lionfish.)

Lionfish have venomous spines, however, once the spines are removed then they can be cooked and served up like other fish without any danger to the consumer.

“You’re more likely to get injured while catching it then cleaning it, but it’s really just a matter of taking a scissors and snipping off the spines, so it’s pretty easy. Once the spines are removed you just treat it as a normal fish,” she said.

Riesa is also on the lookout for any Tobagonians who can supply her with more lionfish.

“I’m always on the lookout for dependable suppliers, I will buy from you once you can guarantee a steady, reputable, supply,” she said. 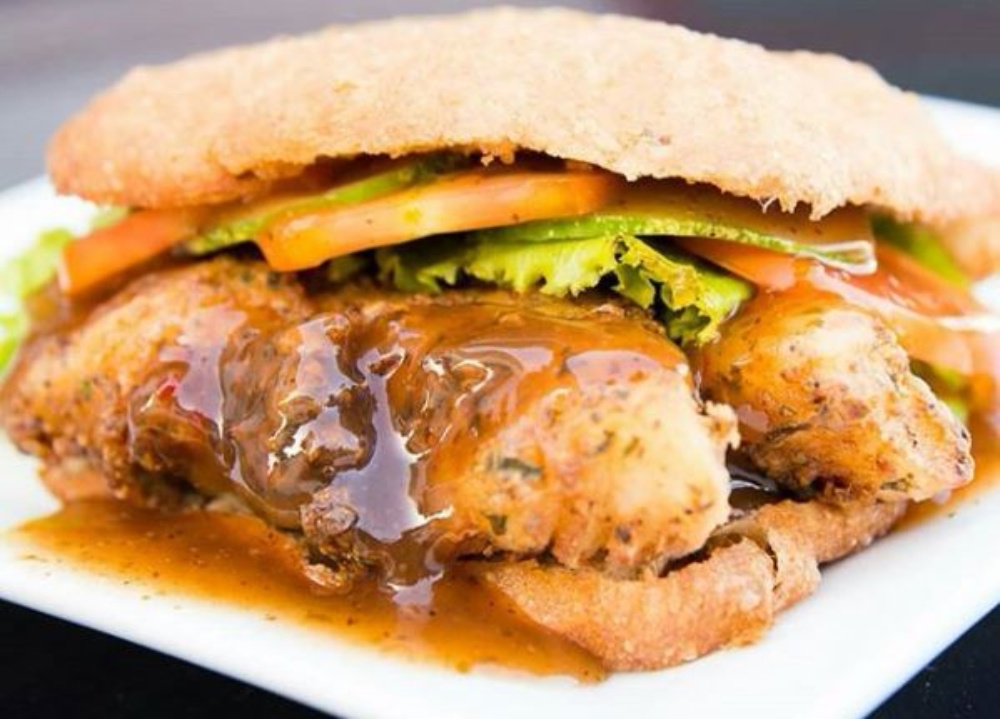 In a way, she counts her unemployment as a ‘blessing in disguise’ as lead to her new business which not only connects to her passion for diving but provides a service that benefits the environment and the consumer.

She’s also hoping in the near future to have a retail outlet for her supplies, which also include other seafood such as mahi mahi, lobster and more.

“I’d say if you feel that there’s an option that ties into your passions then go for it, because otherwise, you might end up in a nine-to-five job that, chances are, you might not like. The choice is yours,” she said.

- Lionfish can learn to avoid areas where they are hunted, making finding them more difficult.

- They are prolific breeders. They can produce over 10,000 eggs, every four days. Once these eggs are dispersed via ocean currents, it's difficult to tell where they'll end up.

- They have no known predators in the Caribbean, leaving them to grow without any natural population controls.

- This means even if one island controls its lionfish population, if numbers are high in another island, the invasion will be more difficult to stop, showing that a united approach is needed from the Caribbean as a whole.