Young People in Business:Tobagonian serves a twist on pull-apart bread 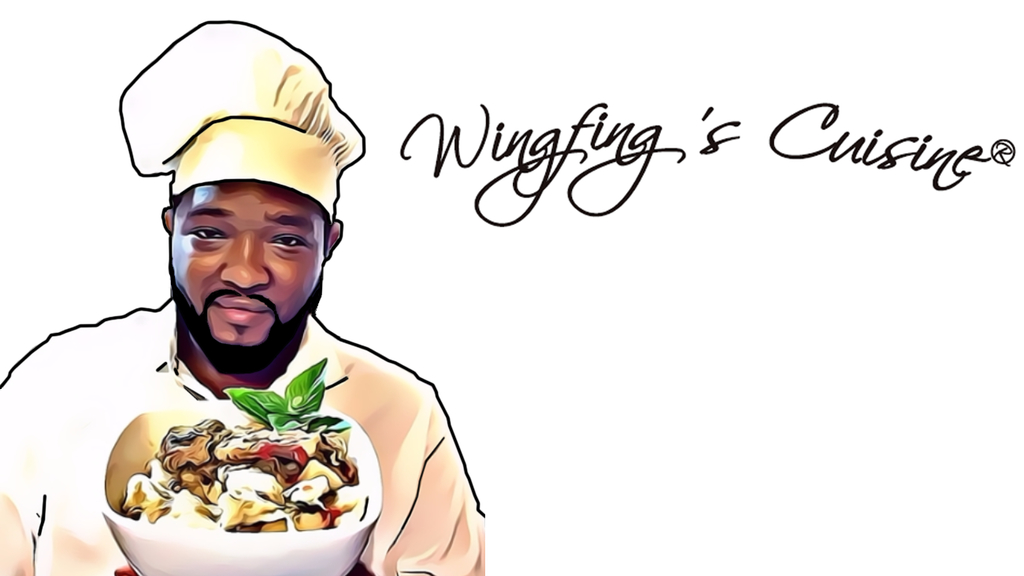 Some people plan on being entrepreneurs. They save money, quit their jobs when the time is right and throw themselves into their passion.

Others, like Shannon Walters, have an unrecognized entrepreneurial spirit and fall into it by accident.

Shannon’s Pull-Apart Bread (PAB) have been a hit from the first time he made one. Pull Apart Bread is a type of bread that is formed into a shape that contains distinct markings or indentations that allow the bread to be “pulled apart” into individual servings. They’re usually stuffed with meats, cheese, and other garnishes. 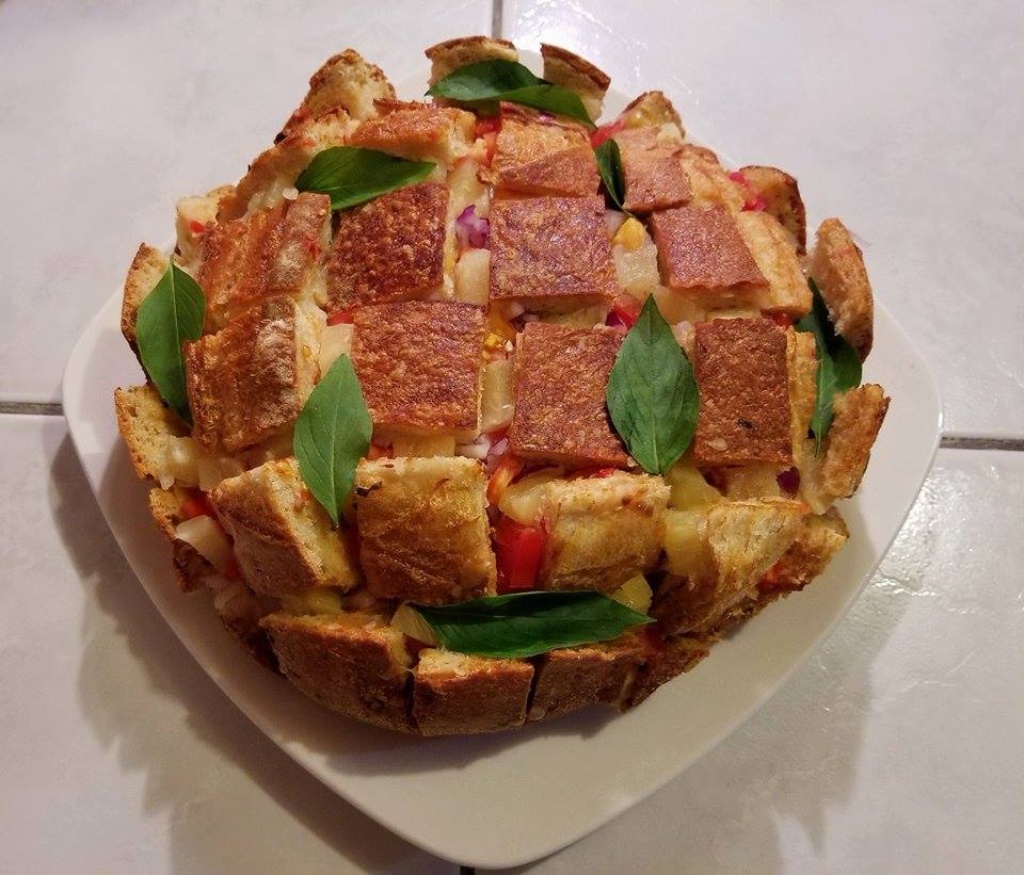 While in retrospect it seems clear that he was always on the path to starting his own food business, when he made his first version of it, it was simply done out of necessity as a broke university student.

He couldn’t afford to regularly buy fast food and had to cook his own meals. Who can’t relate?

Not one to just stick with the usual mac and cheese or ramen, he started checking out recipes online. “I basically I had to fend for myself, I basically couldn’t spend a whole set of money on fast food. So, several times a week I’d cook on my own, playing around with different recipes.”

He stumbled upon a recipe for pull apart bread it called for ingredients he could neither source locally nor afford.

“The original recipe (Carne Asasda Chipotle) called for minced beef but I used pork instead. I won’t call out the other ingredients because that’s top secret,” he said with a laugh. “I put a few twists and amendments to it, and that’s how the first PAB came about.” 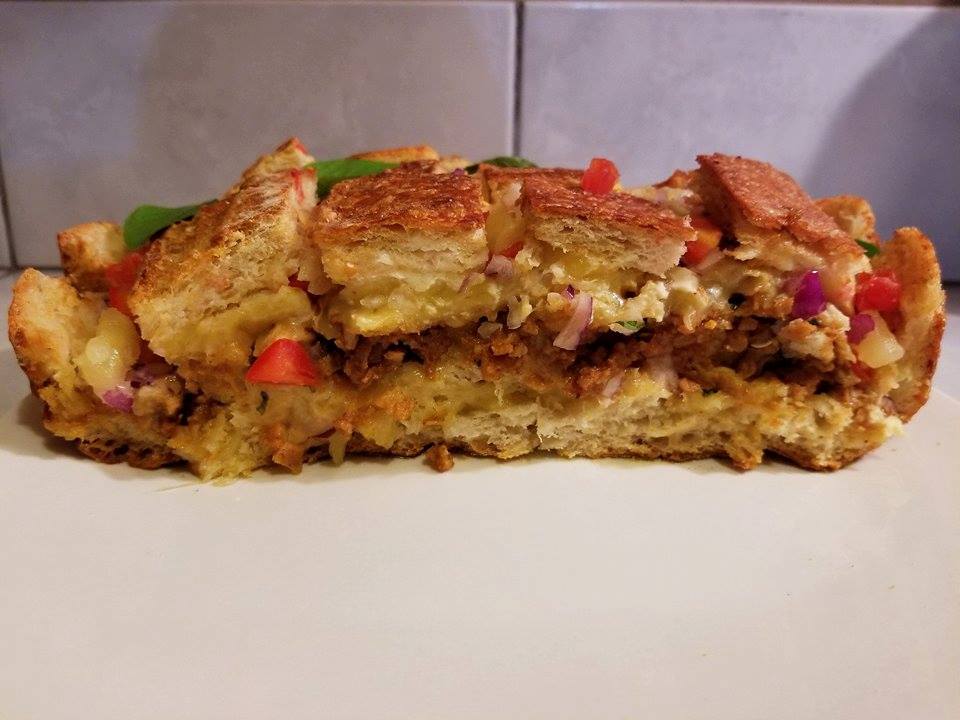 He enjoyed it but when he shared it with his friends on campus, they loved it.

“When I made the first one, I had a few friends around who tasted it; the reviews were pretty positive. I liked it so much that I decided to make more, and people started giving me money to buy ingredients they wanted.”

He had some moderate success with it, however, he stopped after a while when he started to realize producing them (which can take sometimes up to three hours to make) was taking up too much of his time and overall wasn’t profitable.

He took a break for a while but it was in 2017 while home because of with little success on the job hunt, he started back, posting one photo to his social media.

Friends were so intrigued they started asking how much he was charging. “That was when I said okay, let me start selling this thing.”

He started out with just three flavours: Jerk Chicken, Pizza, and Classic Pork, an ode to the first PAB he made. He now offers quite a number of choices including Chicken and Beer, Honey BBQ Chicken, Sweet Sriracha Shrimp, Creamy Mushroom Pork, and the Mediterranean-style Shakshuka Fish.

Demand grew fast as word of mouth spread quickly and customers started posting their orders to Facebook. He was unprepared for the speed with which the service grew.

“It was like, okay, this is growing a lot faster than I thought, so I decided to create a business page to divert traffic away from my personal profile.” He also decided to officially name the business.

Saying he didn’t want just any ordinary name, he named the business Wingfing’s Cuisine. 'Wingfing', he said, was his uncle’s nickname for him.

In spite of Wingfing Cuisine’s growing success, he admitted that at times, that he still sometimes faces challenges as a new entrepreneur.

“Keeping up with the demand is the main thing. I really wasn’t expecting it to take off as fast as it did.”

Being an entrepreneur comes naturally to him, though. As any entrepreneur will know, you have to be able to think on your feet and effectively problem solve no matter what is thrown your way.

When the cost of the bread loaves started to increase, he learned to make them himself. “The first couple times I tried it they came out horribly,” he said with a laugh.

It took him about a week, he said, to master the recipe and get the taste as close to the original.

“The idea is to always be improving. One thing that kills businesses, especially food businesses, is the lack of consistency.”

When asked if he ever expected he’d be an entrepreneur, Shannon said, "No, at least not now. If someone asked me a month before I started if I’d be doing this I’d say I have no idea what you’re talking about (laughs).But lack of funds led me to use the talents that I know I have to generate income."

He's already thinking about expanding his product line, but played coy when we asked for specifics.

"Something sweet," he said.

If you want to place an order for a delicious Pull-Apart Bread, visit Wingfing's Cuisine on Facebook.

We highly recommend the pork.