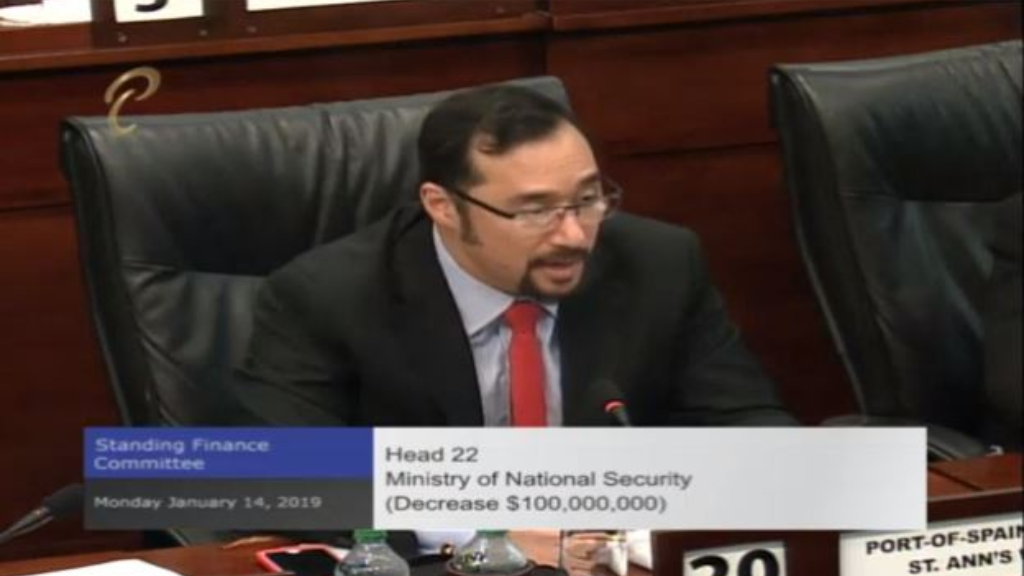 National Security Minister Stuart Young has defended the decision to request a reduction of $100M from his Ministry under the subheading 'rent, lease, vehicles and equipment'.

He explained the reasoning behind the decision during the Standing Finance Committee (SFC) at the Parliament on Monday. The SFC was convened to consider proposals for the variation of appropriations for the fiscal year 2018.

Young revealed that the money was not needed as the contract for closed-circuit television cameras (CCTV) with TSTT had expired.

Naparima MP Rodney Charles questioned why, in the country's current state where crime remains an issue of national importance, that the contract was not renewed.

In response, the National Security Minister slammed the People's Partnership regime which he said overpaid for the cameras while in power.

He said it was for this reason that the contract was not renewed.

“When we came in as an administration we found that a contract had been entered into with TSTT that was not a contract that was favourable by any stretch of the imagination to taxpayers. In fact, when we did the mathematics and we worked out the cost per camera, it was phenomenally more expensive than it should have been. So at the National Security Council, we took a decision not to renew the contract."

Young said instructions were given to ensure that a competitive request for proposal process was undertaken for the continuation and upgrade of CCTV cameras.

He said, however, that this did not occur.

"Unfortunately, that was not done and what we have done is we took steps to have the contract terminated, put on a month to month basis, and we have gone out for a RFP that is currently being evaluated for us to award a contract for the improvement of the CCTV camera system, the enhancement of the CCTV camera system, but more importantly to ensure that taxpayers get value for money. The costing that had been entered into previous to us was working out in some instances, to between $14,000 and $11,000 a camera a month. Whereas there was another provider, Columbus Communications, that was doing a certain sector of cameras for $3,000 a month so just on that comparison alone, as the National Security Council, we decided not to renew the contract so this sum of money is really a sum of credit whilst that is being worked out.”

Meanwhile, the Naparima MP questioned why the issue of overpaying for CCTV cameras was not dealt with as soon as the Government had taken office in 2015.

Young said the issue was addressed the moment it was brought to their attention.

“It is first of all not factually correct to say that we were aware of it when we came into office because of course when we came into office the CCTV camera system was continual and operating. It is when it came time close to renewal and we asked to look at it and to do an assessment and we asked for a report on it that this was discovered. As soon as that was found out we immediately put things in place and I think to date we have actually saved a few $100M dollars on the decisions that we took not to pursue the continuation of this particular arrangement."

Young on 500 murders: No reason for me to resign