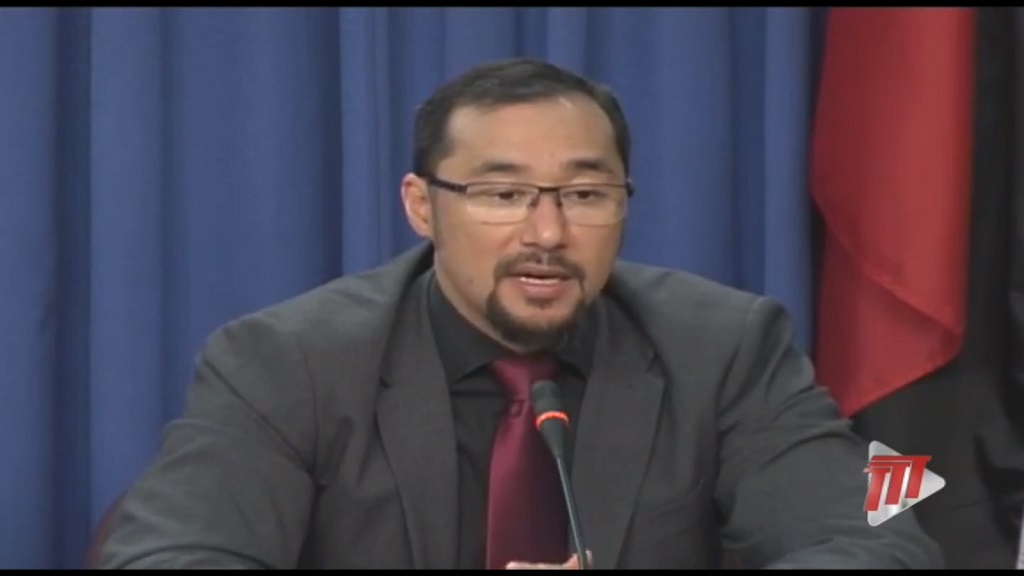 National Security Minister Stuart Young said that the Venezuelan girls who were rescued from an apparent sex trafficking ring in various locations in Trinidad are being treated humanely.

Speaking at Thursday’s post-Cabinet media briefing, Young said he is personally the matter involving several Venezuelan children who were rescued from a suspected sex trafficking ring, saying he ‘doesn’t want them to end up in the IDC’.

Young also hinted that some of the persons detained may have been complicit in illegal activity.

“One of the things we’re doing is we’re conducting interviews. One of the first things we need to determine is who are the victims or persons that might have been participating.”

“For example, there was a suspicion that some non-Trinidadians - and I’m not referring to the Chinese necessarily – were luring young girls from Venezuela. So not all the Venezuelans that were picked up were victims.”

“What I can say is that the girls are being treated very humanely, we’re very concerned about it."

“The Human Trafficking Unit out of the Ministry of National Security (is involved), I’m sure the Children’s Authority is participating. I did tell the Commissioner of Police we need to deal with it because I didn’t want to see these young girls be put into an Immigration Detention Centre (IDC) or anything like that.”

Young said he will be liaising with the Immigration Division for recommendations moving forward but said it is still early in the investigative process.

Young said that under current immigration laws, once a person has entered the country illegally, even minors, there are legal implications.

He added that although minors are not sent to the Immigration Detention Centre (IDC), there is a challenge in finding space for undocumented migrant minors, particularly female minors.

“We have special facilities (for minors) because they fall now under the suite of children’s legislation that was implemented. Minors don’t go to the detention centres.”

“Unfortunately we have less resources to house female minors, including our own local minors, and that is something I’m working on with the prison system (for a) new building for female minors.”

Young said minors are detained separately from adults but did not state specifically where female minors are housed when there is a shortage of space.

“Once they’re minors they would not go to the IDC but I can tell you we have very limited capacity for female minors,” he said.

Young added that patrols along the country’s borders have been stepped up.

“You would have heard me saying for the past few months that we’re locking down on border security…it is not something where we’ve had our head buried in the sand.”

Young said there are discussions to implement CCTV cameras along some of the country’s beaches along with other tools assist with border patrols.

“The law as it stands right now under the FIU legislation dictates that certain types of persons for example attorneys, real estate agents, etc, have to register with the FIU, and they have the legal obligation in law to report suspicious activity,” he said.

Young: Draft policy on refugee protection in the works

Young said he is currently drafting a policy to treat with the protection of refugees and asylum seekers and will be meeting with stakeholders in the coming days.

“I am in the process of preparing a draft policy to take to Cabinet and it is still very open to discussions. There are different views as to how it should be handled. I expect to meet with the UNHCR, Living Waters, other stakeholders including (the) Immigration (Division) and the TTPS within the next few days to start finalising this draft policy,” he said.

At present, there are no laws in Trinidad and Tobago which oversee protections for refugees and asylum seekers.

Trinidad and Tobago is a signatory to the 1951 Refugee Convention, of which two major tenets are non-refoulement (returning refugees to countries where they might be in danger) and non-detention (imprisoning or detaining refugees and refugee children).