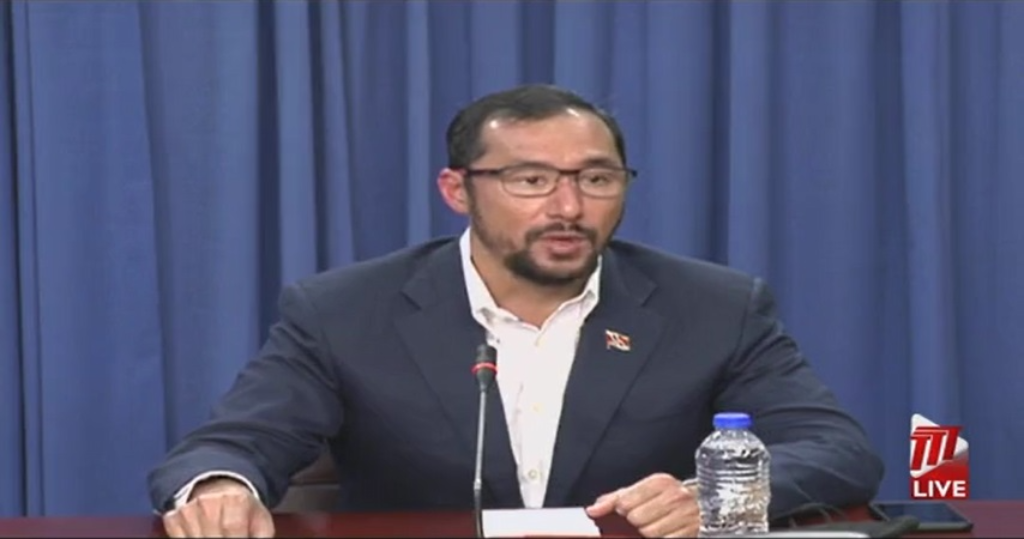 Minister of National Security, Stuart Young is dismissing claims that the government is breaking any rules as they continue to repatriate Venezuelan migrants who entered Trinidad and Tobago illegally.

Speaking at the post cabinet media briefing today, Young said that the situation is quite the opposite.

“One, (illegally entering T&T) it is in breach of our Immigration Act. Two, you’re entering without a visa; that is also in breach of the immigration act and three, you’re now in breach of our COVID regulations as they’ve come to be known because you’ve come across the border without permission,” he said.

The Minister said that he’s found it quizzical that lawyers have found themselves representing the interests of illegal migrants despite the regulations in place.

“Recently, some lawyers have thought that it is advisable, and they’re entitled to, to go to court to try to get mixed up in this whole system,” he said.

Young says this practice, while permissible, can undermine the government’s efforts to protect the population.

“We have had instances, while attempting to protect the population of Trinidad and Tobago and quarantining persons, of lawyers going to court, the state not being represented because they’re being heard ex parte, applications being made, persons being released and afterwards we get the test results that these persons are positive (for COVID-19),” he said.

The Minister said that the government is doing everything possible to keep Trinidad and Tobago safe in the face of the pandemic. He hopes that lawyers and other, outside bodies don’t attempt to thwart the strides made.

“A UNHCR (United Nations High Commission for Refugees) registration receipt does not trump the laws of Trinidad and Tobago nor will we allow it to.

“The fact that we signed an UN charter or treaty in 1967 or thereabouts is not something that we are disregarding but even in circumstances where you’re dealing with a pandemic, persons’ constitutional rights as citizens of Trinidad and Tobago can be suspended to allow the state to protect the population,” he said.