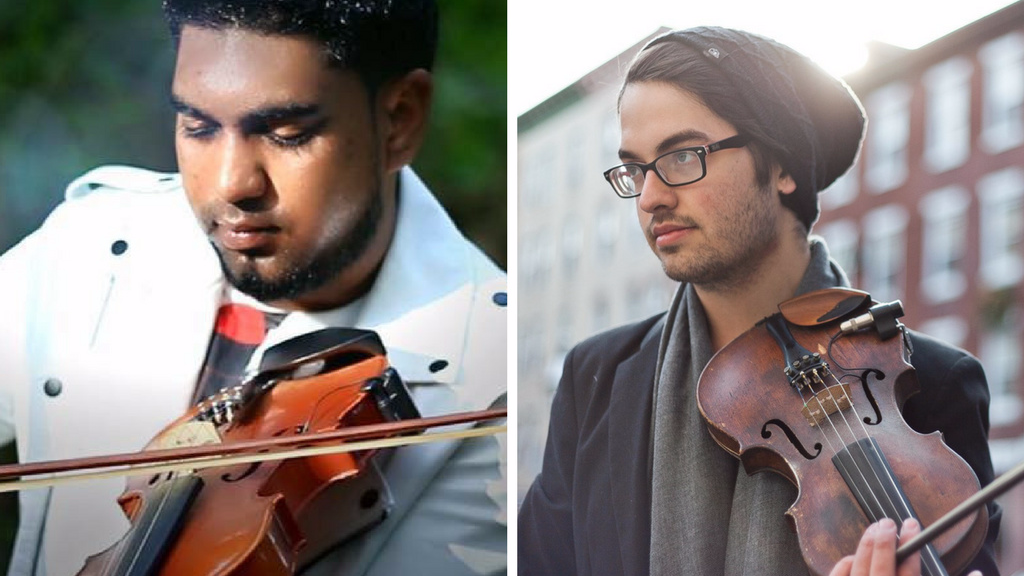 The American violinist who has accused a Trinidadian musician of taking his music and passing it off as his own, is now seeking legal advice on the issue.

Price, whose allegation was reported in the Boston Globe on Monday spoke to Loop a day after we contacted Shiva Chaitoo, the violinist in question.

Price, who has made a career doing violin remixes of popular pop and hip hop songs, is accusing Shiva Chaitoo of pretending to play his violin while his (Price’s) tracks play in the background, giving people the impression that the compositions are his.

Price said he was first alerted to Chaitoo when someone sent him a video of the South musician playing at a function.

He and the Boston Globe contacted Chaitoo, who broke down in tears while confessing he was a huge fan of Price’s and was inspired by his style of playing.

Chaitoo, who many are now referring as the local “Milli Vanilli”, denied to Loop that he was doing anything wrong by playing over Price’s tracks.

Price said he is convinced that despite Chaitoo’s promise to stop, he won’t.

“Initially I was just trying to be a good person and not go that route. I am not trying to ruin anyone’s life, I just want him to stop using other people’s music. If you want to be an artist you have to create art. He apologised profusely over and over and said he will rethink what he is doing, he swore on his grandmother’s life and said he won’t do it again,” said Price.

Price said he had about five or six videos of Chaitoo performing at various functions. He said in one video, Chaitoo is doing a sound check at a wedding and playing his violin while one of Price’s tracks play in the background.

“He’s playing an acoustic guitar, it’s not plugged in and you are hearing the reverb from my song and everything," he said.

For those who think he is upset that Chaitoo is performing his version of songs, Price said what they don’t realise is that Chaitoo is using the recording he made and not playing at all.

“This is someone who is building an entire career off of it and performing for the President and weddings. It is almost like Milli Vanilli except that is not music created for him, it is mine. He’s copied me for about three years, you can’t get away with things like this with the internet. He is going to completely lose this false career he built up. I didn’t want to make his life hell but he doesn’t deserve to get a penny from playing any of these songs. He is very well known in Trinidad based off of my music,” said Price.

Stating that Chaitoo should prove himself the way he had to, Price, who was once homeless, said he wants anyone who ever thinks about booking Chaitoo to know how he got to where he is.

“I want him to prove himself and to actually play the violin,” said Price.

While refusing to comment on the authenticity of Chaitoo’s recordings as that type of assessment lies within the expertise of a musicologist, Carla Parris, an entertainment lawyer, said it is farcical to believe that we can get away with infringements and are hidden from the rest of the world due to the size of our island.

“We are living in a digital era and the reality for musicians in T& T and in fact in the wider Caribbean is that now more than ever the eyes of music publishing companies, labels and music supervisors are on us. This is because many mainstream artistes in the U.S and Europe are now using Caribbean beats and Afro beats infused into their songs. As such there are many key players in the global entertainment industry who are interested in working with homegrown songwriters, doing collaborations with artistes and scour the internet on the lookout for new stars,” she said.

Here is a side by side comparison of Shiva Chaitoo and Rhett Price's rendition of Rihanna's work. Chaitoo was recorded by Richard Munro at a wedding.