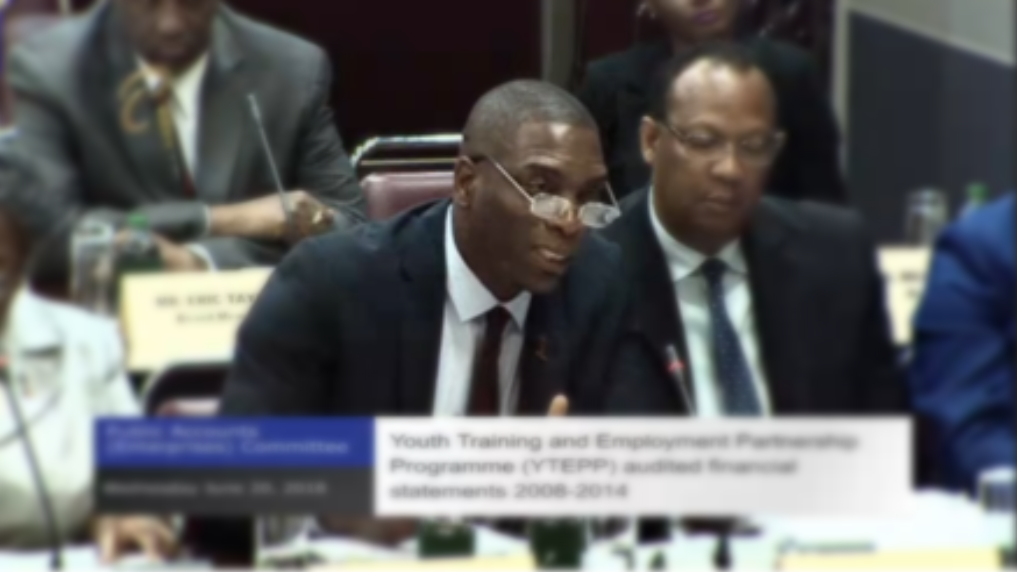 Just a week after appearing before a Joint Select Committee where he was accused of financial mismanagement and other improper practices, Youth Training and Employment Partnership Programme (YTEPP) CEO Nigel Forgenie has been fired.

His services were terminated with immediate effect.

Speaking at the Post Cabinet media briefing on Thursday, Communications Minister Stuart Young said the decision came from the Board of YTEPP, following a meeting held a day after his appearance before the Public Accounts Enterprises Committee (PAEC) on July 4.

Young said at that meeting, Forgenie was afforded the opportunity to explain himself and defend his performance.

“After deliberating on the matter the Board has today issued a letter where it has decided and indicated its decision that it can no longer continue to repose any level of confidence in Mr Forgenie as the Chief Executive Officer, and as a consequence, his employment with the company is to be terminated with immediate effect.”

Young said Forgenie’s termination by the YTEPP Board followed “proper due process”.

The fired CEO's performance came into question at the July 4 PAEC meeting as the Committee reviewed YTEPP's audited financial statements for the period 2008 to 2014.

He lied under oath when questioned on whether any relative of his had ever been employed at YTEPP during his tenure, repeatedly denying that had taken place.

Further questioning revealed that his wife had, in fact, been hired under her maiden name.

His personal use of an unmarked company vehicle also came into question at the meeting.

The Committee said there was need for better management and transparency where public funds were concerned.

Forgenie was the CEO at the State Enterprise for the last 12 years.