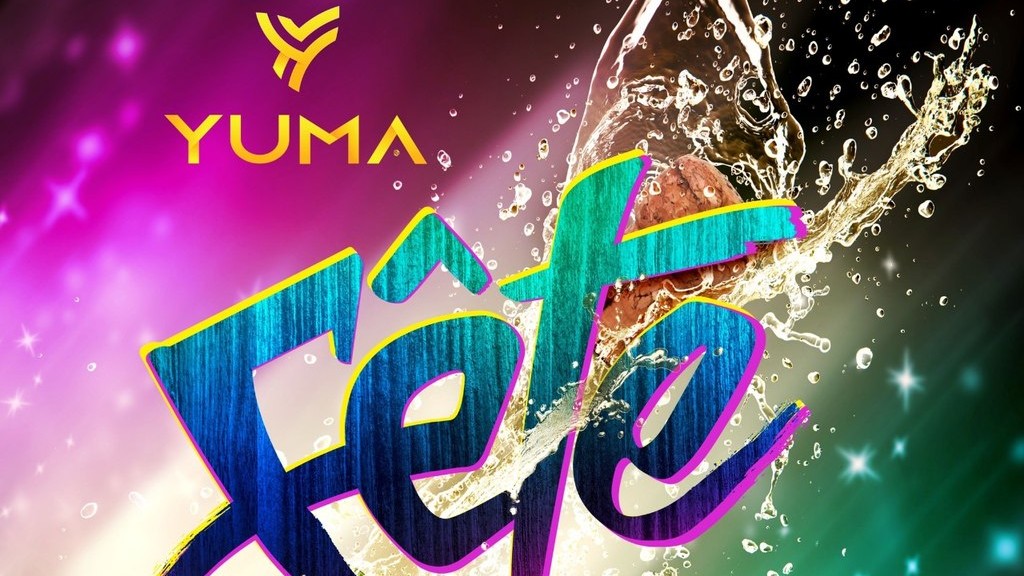 YUMA will be celebrating ten years on the road in 2020 with the theme “Fete”.

The band released its theme on Friday with a look at one of the costumes called Hard Wine. The band will launch its 2020 presentation on August 3 at the Hasely Crawford Stadium.

The theme was approved by the band’s founder Stefan Monteil before he passed away in April and, according to Director Tanya Gomes, he wanted them to celebrate, dance and enjoy life.

“We wanted to make sure people remember we have to enjoy life while we have it,” she said, revealing that in keeping with its 10th anniversary, the band will have 10 sections. She said the Just Jam section for those who don’t want the trappings of a full costume will be kept.

In keeping with the theme, the band launch will be a fete.

“It is not a band launch, it is a fete. We plan to celebrate from the ticket prices to the drinks on sale to the sponsor giveaways. What we do on the night is a fete and we will show some costumes,” said Kwasi Taylor, head of operations.

Taylor has joined Gomes and Sean Burkett on the management team for YUMA as the organisation embarks on its journey to fulfill Monteil's vision.

That new journey includes a new home for the organisation on Tragarete Road in what is called Vibe Centre and an updated logo.

“Before Stefan passed what we attempted to do is continue with his vision. One of the last meetings we had we discussed as one of the things we wanted to show as new, fresh, learned, grown up, was to take it to another location,” said Burkett.

The new logo also signifies the maturation of the brand.

“Whilst YUMA means Young Upwardly Mobile Adult it also means giving people a chance so it’s young not just in age but young in terms of tenure. So there are a lot of people we would have given a chance. For example, David Dewer was just a masquerader and I went up to him and asked would you try your hand at designing? And look where he is now. Marie Collette, we gave a chance. Shawn Dhanraj, we gave a chance and the list goes on. On the DJ side, same thing, sound company, same thing,” said Burkett.

Naming the building Vibe Centre is in keeping with the organisation’s reputation.

“We’ve been known for our vibe, it doesn’t matter where we go, where we party, we just have a vibe when we huddle and get into a large space,” said Gomes.

She explained that the building also functions as a space for their companies and those of their affiliates.

“Vibe Centre basically encompasses a lot of the young upwardly mobile adults that we have been able to guide and champion for the last couple of years so within the building, apart from YUMA itself, we have Wild Goose, J’ouvert Jumbies, an extension of the J’ouvert arm, Island Crashers, Audio Rose, our audio and visual company, Event Architects, our event management arm and there is also a green room and white room downstairs which we are planning to share with the public so we now have an opportunity to film  and do whatever we want in this space,” she explained.

In its 10 years, YUMA has not only built a reputation for vibes but for creating a family environment which has seen it retain its loyal following while attracting new devotees. Many soca artistes including Destra Garcia, Nadia Batson, Nailah Blackman and Aaron “Voice” St Louis also call the band home.

Key to the family vibe is keeping the band at a steady 3500 masqueraders, working with affiliates in Trinidad and globally and evolving to suit the needs of its players.

An example of this is the addition of a live band, Blaxx and the All Stars, on the road this year, something many young players have never experienced.

“We reintroduced the live band concept on the road,” said Burkett who said they also want to explore including the steelpan into the YUMA 2020 experience.

Taylor believes another key to YUMA’s success is the fact that they were big about diversity long before it became trendy.

“What YUMA has been charged with was being new and living 10 steps ahead. We have been cast with a lot of perceptions, one of them was being young and one was being gay. A lot of other bands are now targeting youths, something we were doing from day one. With the gay community that is something that society has accepted all around which is what we believed in because a band is supposed to represent Trinidad and all its people. A lot of bands are now catching up and I think people are now seeing that YUMA was living 10 years ahead,” he said.

He said as they move into 2020, all bands would like to work closely with all the authorities to make T&T’s Carnival more attractive.

Burkett said more assistance to lower the cost of importing materials or reduce the amount of red tape they have to go through which contributes to the high prices of costumes.

YUMA, he said, keeps prices steady by negotiating with suppliers.

He also stressed that more support needs to be given to the National Carnival Commission (NCC) promote our culture which other islands are paying homage to.