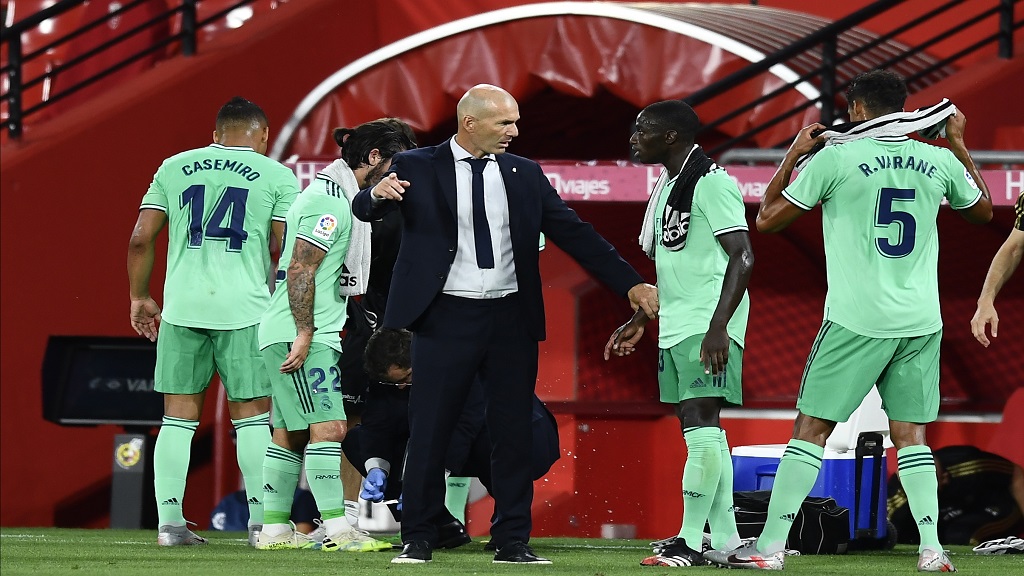 Real Madrid head coach Zinedine Zidane insisted the LaLiga trophy is still not secured after the league leaders took another giant step towards the title.

Madrid are one win away from dethroning two-time defending champions Barcelona following Monday's 2-1 victory at Granada.

Madrid can clinch just a second league title in eight seasons at home to Villarreal on Thursday, but Zidane avoided championship talk post-match.

"We had a very good first half, impressive with the ball," Zidane told reporters afterwards.

"The second half wasn't as good but that's because our opponents played.

"To get somewhere in LaLiga, you have to suffer a bit and we came through it was a team.

"We have to be proud of the team. We've got two games left and we haven't won anything yet.

"That's the reality, but there are six points left. When we started the season, we wanted to win LaLiga, but it hasn't arrived just yet."

Madrid raced out to a 2-0 lead after just 16 minutes through Mendy and Benzema, but the visitors were made to work by Granada.

Mendy slammed home a brilliant finish from a tight angle in the 10th minute to become the 21st Madrid player to score in LaLiga this season, while Benzema increased his top-flight tally this term to 19 six minutes later.

Granada's Darwin Machis reduced the deficit five minutes into the second half, however, Madrid survived to close in on the LaLiga crown.

"I shouted because I was happy and because you suffer in football," Zidane, who was heard screaming following the final whistle, added. "It was normal to shout because they were three very important points.

"I shouted to tell my players that they'd have an impressive game. I'm happy for them."