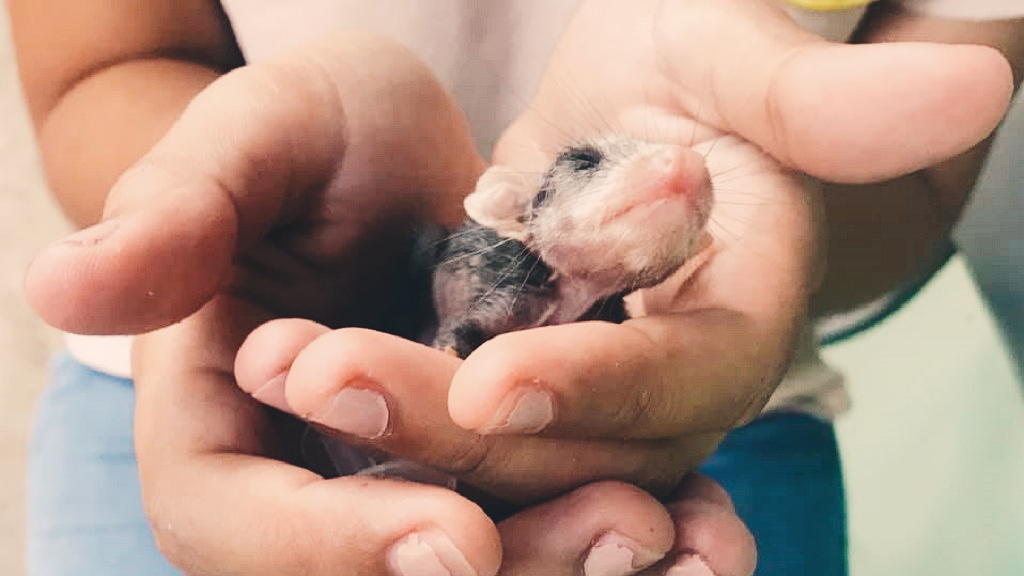 Photo via Minister of Agriculture, Lands and Fisheries, Clarence Rambharat.

A group of four baby manicous are fighting for their lives with the assistance of staff at the Emperor Valley Zoo, after their mother died of its injuries.

Minister of Agriculture, Lands and Fisheries, Clarence Rambharat shared photos to social media with information about four babies on August 11, 2019.

"The joys of nature! A rescued manicou, injured and discovered to be carrying four young ones in her “pouch”. At the end, the vet who donated their time and expertise could not save mother, but secured the young ones. I checked the babies early this morning and they are doing well under the care of Monique our third-year Vet student at the Emperor Valley Zoo," he said on Sunday. 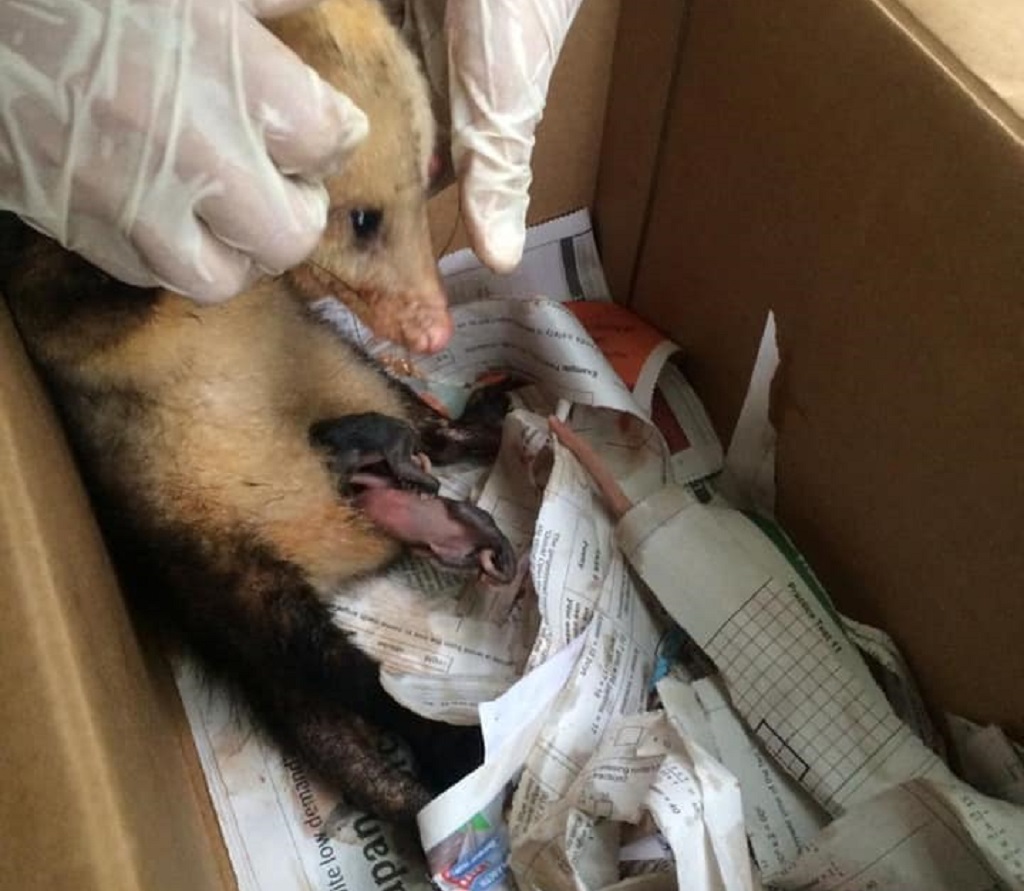 The information behind the mother's injuries were not made clear in the post, however Loop News has reached out to the Emperor Valley Zoo for further information.

Rambharat said the injured femle manicou was treated by a private vet who tried to save her, but the animal did not survive. However the animal was found to be pregnant and the four babies were saved.

By law, manicous and other protected animals are not to be hunted during the close of the hunting season, which lasts from March 1 to September 30 each year.

Manicous play a critical role in the preservation of biodiversity and the environment.

Contrary to local myths, manicous, or common opossums, are resistant to rabies and it is very rare for them to spread rabies.

Here are three things to know about manicous or opossums:

According to the Mother Nature Network, opossums are mostly immune to rabies, and in fact, they are eight times less likely to carry rabies compared to wild dogs.

In lab experiments, it has been discovered that a particular molecule, called a peptide, in the opossum’s blood can neutralize snake venom. The peptide works against several venomous snake species, including America's western diamond back rattlesnake.  Experiments are being done to see if scientists could mass produce the substance and use it as an inexpensive and universal anti-venom for human snake-bite victims.

Manicous/Opossums are very clean and can pick all the ticks and other bugs off their fur. According to a study, a single possum can destroy 5,000 ticks in a season.

Possums live 2 to 4 years, so over a lifetime, that's tens of thousands of ticks. And importantly, those ticks don't go on to make more ticks, which are known carriers of diseases like Lyme disease and tick fever, among others.

Opossums also keep rats and cockroaches at bay by competing with them for food.

Have you ever seen a manicou in the wild?

CriTTers: 6 things to know about the Yellow Spotted Side-necked Turtle