Zoos of the future may be animals' last, best hope 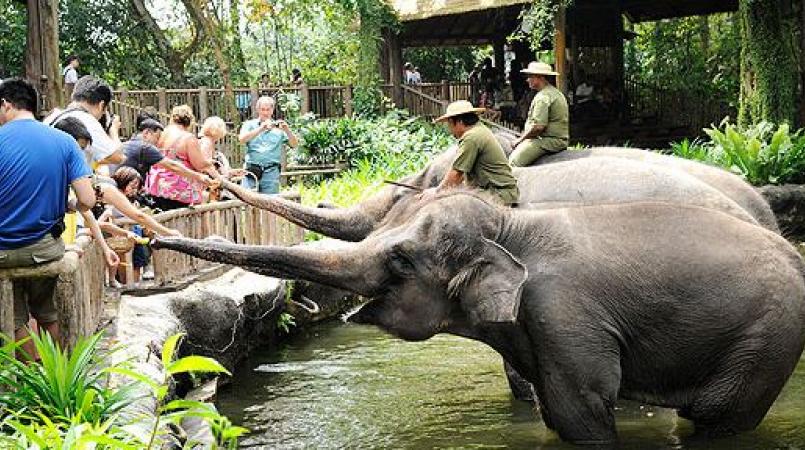 Zoos across the country are frequently in the news. Sweet, heartwarming photos of new baby animals are offset by frightening, dangerous events.

Zoos inspire debate and change: Buenos Aires announced it is shutting down its zoo. Sea World will no longer breed orcas. The National Aquarium decided to retire its dolphins to a seaside sanctuary.

While public outcry continues on the subject of keeping wild animals in captivity, many institutions work hard to maintain healthy homes for their animals and work toward research and conservation.

We asked experts to weigh in on their visions of the future of zoos.

Zoos are the last, best hope for many endangered animals, says Joe Gaspard, director of conservation and research at Pittsburgh Zoo & PPG Aquarium.

"If we think it's tough going on a day-to-day basis for humans, it's a tougher world out there for animals," he says. "The sad truth is that many just don't thrive in the wild anymore."

Zoos will continue to be safe havens from poaching and habitat loss caused by human encroachment and climate change, and zoo organizations will continue to take the lead in research and conservation to fight species extinction worldwide, he says.

"In totality, zoos provide more funding for conservation than all the well-known conservation organizations, like the World Wildlife Fund and others," says Ken Kaemmerer, the zoo's curator of mammals. "By supporting us, you play a part in conservation in the field.

In that way, zoo animals act as ambassadors for conservation efforts around the globe, Kaemmerer says. Changes may come over time in the number and variety of animals on exhibit, he says, but it is unlikely that zoos ever will cease to exist.

"There are cooperative efforts among zoos, but it's up to each institution to say what we do best and what are the needs, to determine what species we exhibit," Kaemmerer says. "For example, our zoo may make a value judgment to focus on elephants, because we do well with them, we have enough of them and we're also breeding them.

"One thing people don't know is that we have the second-most elephants between the zoo and the (International Conservation Center, International Elephant Center, in Somerset County) of any zoo besides San Diego. Right now we're trying to breed four female elephants and, to my knowledge, nobody else is trying to do that."

As an extension of the zoo, the conservation center was developed to take a lead role in breeding and performing behavioral and reproductive research on the African elephant population in North America. The zoo's total elephant population comprises five animals at the center, six at the zoo and two on loan to other zoos.

The long-term plan is to expand the facility to add other threatened species, possibly including cheetahs, black rhinos and Grevy's zebras.

Endangered species at the zoo include the Amur leopard, native to southeastern Russia, and the Philippine crocodile.

"We have three Amur leopards and that's technically about 7 percent of the wild population," Gaspard says. "There's only 50 to 70 left in the wild. With the Philippine crocs, we provide financial support to conservation programs in-country.

"One of the main drives in our work is ensuring that, with each of the iconic species represented, we have a direct conservation connection with those species out in the wild," he says.

Currently the zoo directs or supports 65 active projects worldwide, including a breeding program in Guatemala that has brought the arboreal alligator lizard back from the brink of extinction. Others, such as tree planting in Africa, benefit wildlife indirectly.

Kaemmerer says educating patrons on issues such as climate change and habitat destruction is paramount to the zoo's vision for the future.

"We're always trying to evaluate ourselves better for what the take-home effect of what we do is on our visitors," Kaemmerer says. "Does it alter their behavior for the good of animals?"

Gaspard points to the zoo's active green program called One Degree of Change, which highlights little things people can do in their daily lives to help the natural world.

"Really, at this point, we need to count ourselves among the animals," he says. "Things like the emergence of new diseases and antibiotic-resistant strains hit animals first because they're the most exposed and typically the most stressed. But we're next. So we keep our eye on sentinel species and work with conservation programs.

"You have to keep in mind that, if we continue our path without changing it dramatically, there will be a point where we won't be able to save everything."