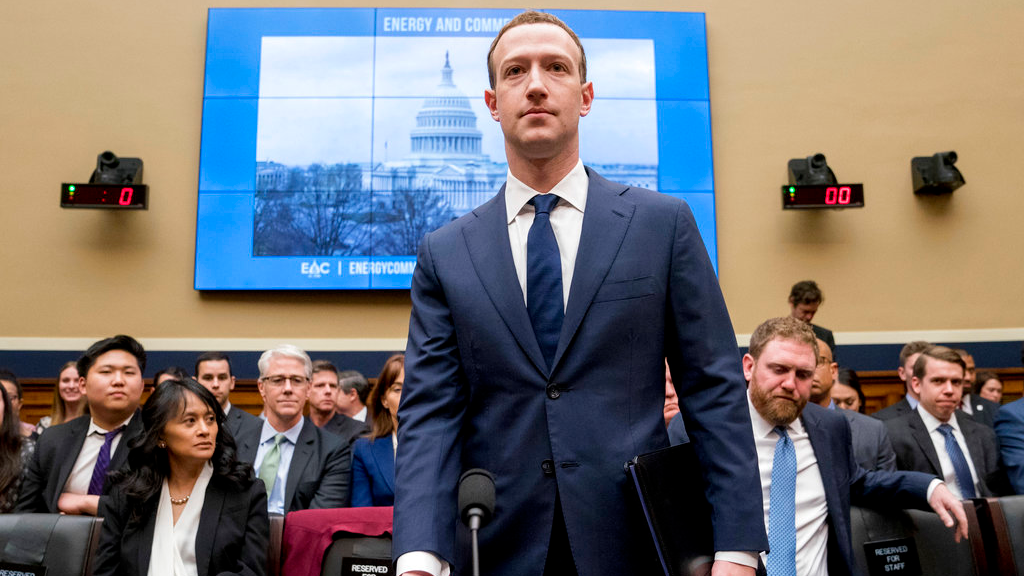 Denying the Holocaust happened is probably OK on Facebook. Calling for a mob to kill Jews is not.

Mark Zuckerberg's awkward and eyebrow-raising attempt this week to explain where Facebook draws the line illustrates the complexities social media platforms face as they take on the unwanted role of referee in this age of online misinformation, manipulation and hate speech.

Facebook, with 2.2 billion users, disallows such things as nudity, the selling of guns, credible threats of violence, and direct attacks on people because of their race, sex or sexual orientation.

Hours after the Facebook founder's comments about Holocaust deniers aired on Wednesday, the company announced it will also start removing misinformation that could lead to bloodshed. The policy will begin in Sri Lanka and expand to Myanmar, where Facebook users have been accused of inciting anti-Muslim violence.

But beyond those guidelines, there are large gray areas. What, exactly, qualifies as supporting terrorist groups versus merely posting about them? Or mocking someone's premature death — something that is also prohibited?

If Facebook were to ban Holocaust denial, it might also be called on to prohibit the denial of other historical events, such as the Armenian genocide or the massacre of Native Americans by European colonizers. This, Facebook might argue, could lead to a slippery slope where the company finds itself trying to verify the historical accuracy of users' posts.

While thousands of Facebook moderators around the world are assigned to review potentially objectionable content, aided by artificial intelligence, executives like to say the company doesn't want to become an "arbiter of truth" and instead tries to let users decide for themselves.

YouTube recently started doing this too. Twitter has been even more freewheeling in what sorts of content it allows, only recently ramping up a crackdown on hate and abuse.

"Facebook doesn't want to put time and resources to policing content. It's costly and difficult," said Steve Jones a professor of communications at the University of Illinois at Chicago. "It's a difficult job, I'm sure an emotionally draining job, and given the scale of Facebook, it would take a lot of people to monitor what goes through that platform."

At the same time, Jones said he has his doubts that throwing more moderators (Facebook's goal is to increase the number from 10,000 to 20,000 this year) and more technology at the problem would make a difference. He said he has no idea how Facebook can fix things.

"If I knew," he said, "I'd probably be sitting next to Mr. Zuckerberg asking for a big fat check."

Why these companies try to stay out of regulating speech goes back to their roots. They were all founded by engineers as tech companies that shun labels such as "media" and "editor." Facebook's chief operating officer, Sheryl Sandberg, even said in an interview last year that, as a tech company, Facebook hires engineers — not reporters and journalists.

Then there's the legal shield. While a newspaper can be held responsible for something printed on its pages, internet companies by law are not responsible for the content others post on their sites. If they start policing content too much — editing, if you will — tech companies risk becoming media companies.

Zeynep Tufekci, a prominent techno-sociologist, said on Twitter that the notion that you can "fight bad speech with good speech" doesn't really work in a Facebook world, if it ever did.

"Facebook is in over its head," she tweeted Thursday, but she also confessed that "nobody has a full answer."

In an interview with Recode , Zuckerberg, who is Jewish, said posts denying the Nazi annihilation of 6 million Jews took place would not necessarily be removed. Zuckerberg said that as long as posts are not calling for harm or violence, even offensive content should be protected.

While this has been a longstanding position at the company, Zuckerberg's statement and his reasoning — that he doesn't think Holocaust deniers are "intentionally" getting it wrong — caused an uproar.

The Anti-Defamation League said Facebook has a "moral and ethical obligation" not to allow people to disseminate Holocaust denial.

Zuckerberg later tried to explain his words, saying in an email to Recode's Kara Swisher that he personally finds "Holocaust denial deeply offensive, and I absolutely didn't intend to defend the intent of people who deny that."