Animae Caribe Pops Up at EAST YARD in Arima 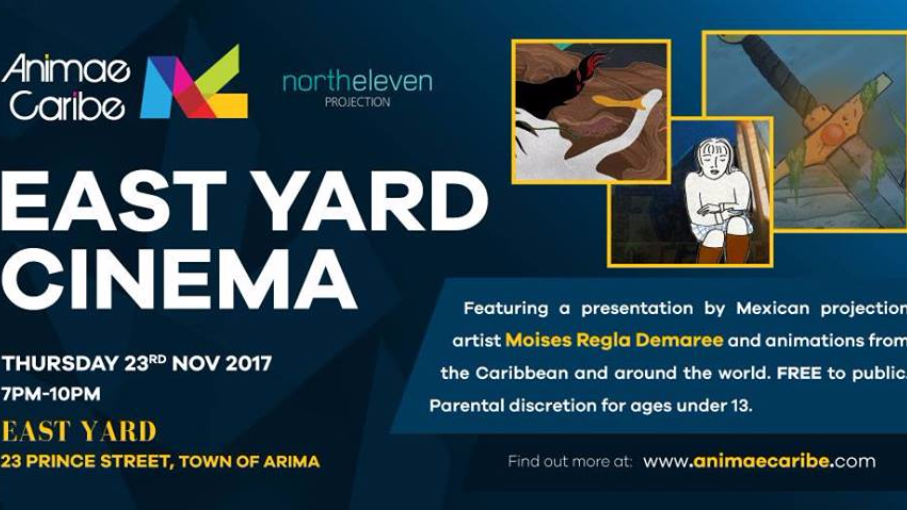 This year, Animae Caribe has partnered with Caribbean Fashion and Arts Feature Festival to bring the festival of animation to Arima for the first time.

Since its establishment in 2001, it has been staged each year in Trinidad, and Tobago in October/November.

The CFAFF team is inviting the public to come out on Thursday, November 23 from 7PM-10PM at EAST YARD (located on Prince St, Between Sanchez and Church Street, opposite Kool Korner Bar) for an evening of animations from the Caribbean and beyond.

Following the films, acclaimed Mexican born, New Media Artist, Moises Regla Demaree will also display his visual masterpieces. Born in Cuernavaca, Mexico. He studied visual arts at the UNAM in Mexico City and the University of Morelos, majoring in multimedia. His work ranges from video-art to installations to live performances, mixing visual arts with different disciplines like dance, theater, sound art, and performance.

His work has been shown in different countries like Spain, Canada, USA, Colombia, and Mexico, and has been featured in exhibitions and museums such as the Reina Sofía in Madrid and the Exteresa Arte Actual in Mexico City.

Parents are advised to use their discretion for viewers younger than age 13.

Refreshments will be on sale.

For more information contact Arnaldo James at arnaldo@animaecaribe.com or Kevon Gareth Foderingham at 491-3684.

Local animators in the spotlight with Animae Caribe

Eight arrested as over $94M in marijuana seized in Central Trinidad