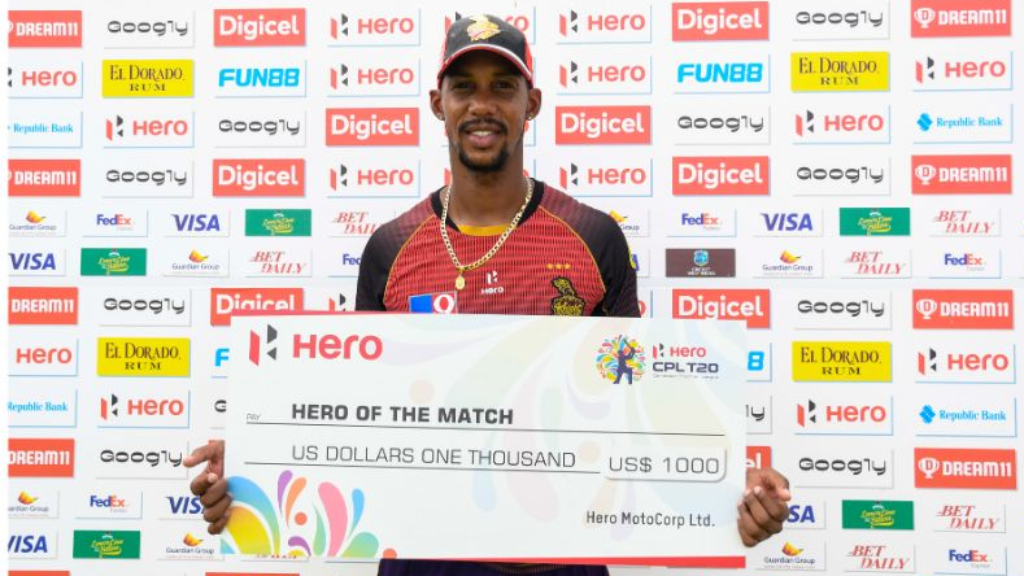 Simmons, 35, scored 84 not out in an unbroken 138-run partnership for the third wicket with Darren Bravo to clinch a 4th CPL title for the Knight Riders, and the first perfect season in the tournament's history.

"Last year I did well but then didn't do well in the semi-final and we lost the game, so I wanted to take the responsibility this time. It was a good batting track," said Simmons.

Simmons said he and Bravo batted well together and they had the confidence they could get the runs after falling to 19/2.

"We knew that if we bat deep, we'll get the score. We have a strong bench and anyone can perform well. All the players got a chance to play at parts of the tournament and all did well," said Simmons.

The righ-handed opening batsman endured a torrid start to the tournament, with his first meaningful contribution coming in the Knight Riders 8th game, a score of 96 against the St Kitts and Nevis Patriots.

Lendl Simmons was also top-scorer in the 2014 CPL tournament when he scored 446 runs for the Guyana Amazon Warriors.