We Got This, written by Waterstreet Boyz prodcutions features artistes from all over the Caribbean

Twenty-five artistes from 14 countries in the Caribbean have come together in musical solidarity to urge us to stand strong as one region against the COVID-19 pandemic.

The “We Got This” song and video was the brainchild of a Bajan team comprising songwriters Ian “iWeb” Webster and Cheyne Jones of Waterstreet Boyz Production, Producer Chris Allman of Slam Home Studio and Selwyne Browne of Vibe Barbados.

Webster and Jones had written the song since March 26 but the idea for a regional collaboration only picked up steam when a friend suggested they do a video.

Using their relationships with artistes across the region, the team reached out to them about the concept.

While there were some who said no, many said yes.

“The yeses that came were very quick yeses. The people that said yes it was almost in a heartbeat, there was no hesitancy,” said Jones.

The singers represent islands from Guyana to The Bahamas. They are Trinidad and Tobago’s College Boy Jesse, Nisa and Adana, Lashley ‘Motto” Winter and Arthur of St Lucia, Claudette Peters of Antigua, Karisia Willet of St Kitts and Nevis, Queen B of Anguilla, Timeka Marshall and Adrian Dutchin of Guyana, Shaunelle Mckenzie of St Vincent and the Grenadines, Jadine of Montserrat, Devine Songz and Tasha Peltier of Dominica, Victor O of Martinique, Tara Lynne of The Bahamas, Josh Berkeley of Grenada, Drew Dean of Nevis and Kaay Jones of Jamaica. Webster, Shontelle Layne, Mahalia, Riddim Tribe, Marzville, Rochelle and Khiomal represent Barbados.

They songwriters, who both sang in the choir at the Christchurch Primary Boys School formerly known as Waterstreet Boys after which they named their company, said they wanted to unite the region through song.

“Everybody was doing something for themselves...we said hey, why not take it beyond the local level and do something at a regional level and really bring together the Caribbean in a way people can appreciate and see their own representing them, almost like a Caricom kind of situation,” explained Webster.

“As much as we see ourselves as individual states, we all know this COVID-19 situation, if one island, or one territory or three territories in the Caribbean has a difficult time coming out of COVID-19 that has ramifications for all the islands in the Caribbean,” Jones said.

“I want people to get hope out of the message of the song. With COVID-19 there may be an extension of the lockdown, more regulations, you may not be able to see the end and there may be a piece of hopelessness and despair that might set in.”

Webster said we have more in common than differences in the region and he believes there need to be more initiatives like this to emphasize the common experiences.

“This kind of project perfectly illustrates how we can come together even in adverse times,” he said.

The video for the song shows that togetherness, with all artistes involved shown in their various countries recording their pieces.

Browne, who edited the video, said he used some shots from his travels as well as videos submitted by the artistes to deliver on the mandate to produce a visual that would touch people.

“I do a lot of video editing and it is a lot about feeling and vibe. We have this thing if you can watch a video without audio and you get it, then it works, so that is what I was going for, to hit those home strings,” he said.

Like Browne, Allman had to rely on vocals recorded remotely to put together the song.

“Ian sent the artistes a document that laid out the specific steps to see how to record on their cell phones and what we were looking for and the steps they needed to adapt to get the recording we were looking for, most of them nailed it.” 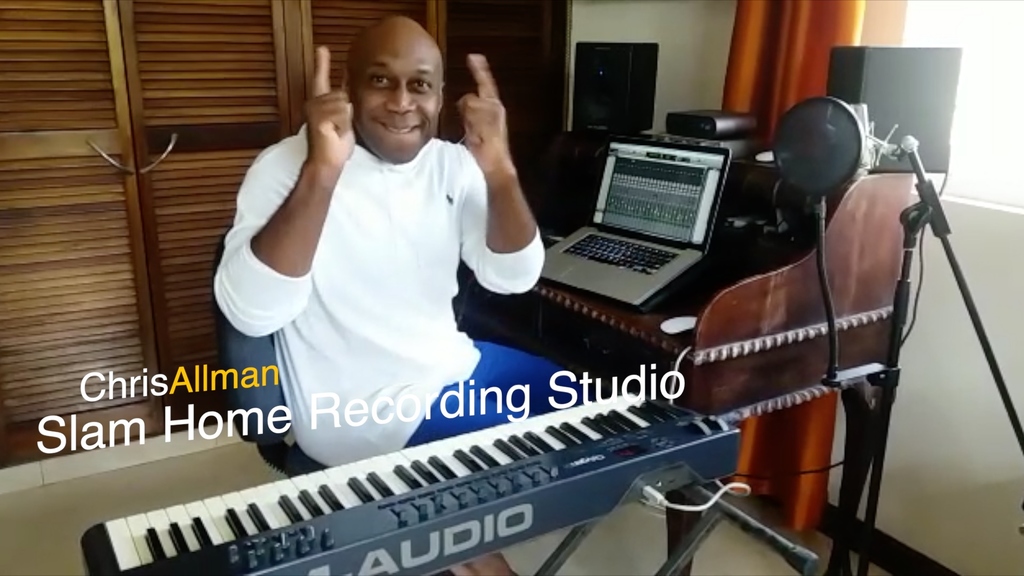 Allman said apart from putting together the recordings, he enhanced the mood of the song by adding chords to evoke the emotions they were hoping to catch with a piano input in the intro from his friend Barry Hill.

“If you listen very carefully to the track you will hear some atmospheric noises. I used a programme called Exhale to just give it that ethereal type of vibe. The whole idea was to capture the mood of the world. I think Ian and Cheyne captured that with the lyrics and the tempo of the song,” he said.

With the song being compared to “We Are the World’ for its multi-artiste collaboration and intent, the team said it is humbling.

“It is truly a moment for us all, especially the four of us, for how proud we feel,” said Jones.

Webster said: “Nobody benefitted financially from this project, it wasn’t done with a budget or the motive of making money. It was done genuinely out of passion.”