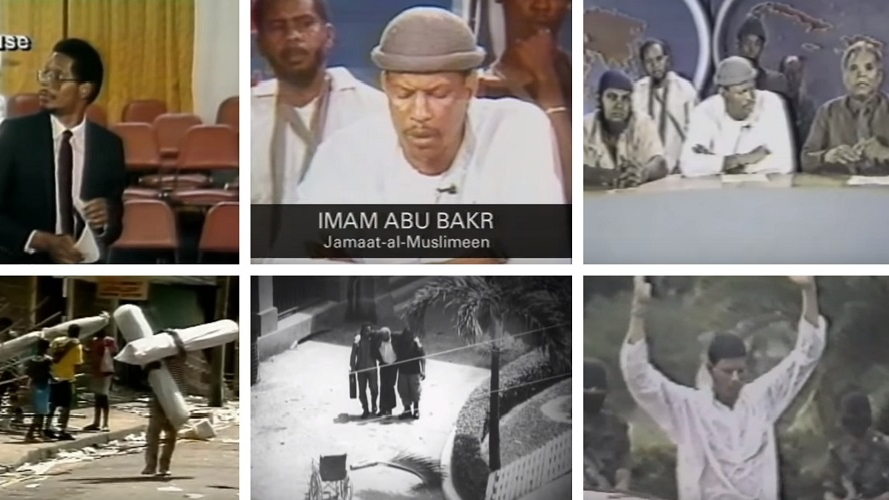 The memories of Trinidad and Tobago's attempted coup remain etched in the minds of citizens who witnessed the unforgettable incident in 1990.

Twenty-four people died and many more were injured during the six-day ordeal, which all began on July 27, 1990, when members of the Jamaat-al-Muslimeen stormed the Parliament and TTT television station.

As Trinidad and Tobago marks the anniversary of the attempted coup, Loop News takes a walk down memory lane-from the moment it all began to the moment it came to an end.

It all began when on July 27, 1990 when members of the Jamaat-al Muslimeen stormed the parliament and TV station, TTT. Everyone inside, including then Prime Minister ANR Robinson, was held hostage for several days.

Leader of the Jamaat-al-Muslimeen, Imam Yasin Abu Bakr, then appeared on TV and announced that the Government had been overthrown and he was negotiating with the army. Bakr urged calm and said there should be no looting.

The armed insurgents ordered then Prime Minister ANR Robinson to call off the security forces. However, he instead instructed the military to attack with full force. Robinson was then beaten and shot in his right leg.

Despite calls by the leader of the Jamaat-al-Muslimeen for calm and no looting, violence and looting erupted in Port of Spain. Looters wreaked havoc in the capital city, with businesses being raided of appliances and food. Twenty-four people died during the insurgency - including a member of Parliament.

The Jamaat-al Muslimeen surrendered on August, after six days of negotiation. The surrender came after they received a promise of amnesty from the government. The group was arrested and taken into custody. They were tried for treason, however, they were released as the Court of Appeal upheld that they were promised an amnesty.

In 2010, then Prime Minister Kamla Persad-Bissessar announced a Commission of Inquiry into the events surrounding the 1990 attempted coup. You can read the findings of the Inquiry here: http://www.ttparliament.org/documents/rptcoe1990.pdf