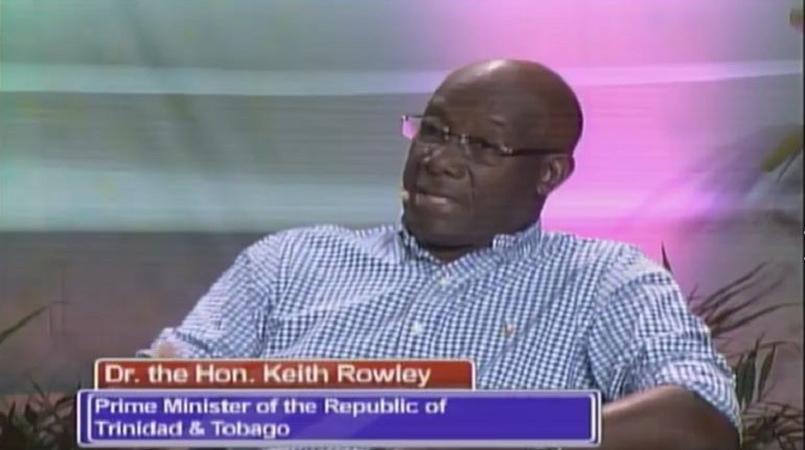 2017 has been branded the "year of the woman" as all across the world, women have raised their voices against issues ranging from harassment, sexual abuse and violence and workplace discrimination.

2017 saw the creation of the #metoo movement, and the downfall of some top male figures in the entertainment industry due to allegations from many well-known women.

It's no wonder the Merriam-Webster dictionary has chosen “feminism” as its word of the year.

Women everywhere have felt a sense of empowerment.

Even in Trinidad and Tobago women were moved to raise their voices against what they felt were offensive and "sexist" remarks made by Prime Minister Dr Keith Rowley.

Here are four times the Prime Minister offended women in 2017.

Early this year, Prime Minister Dr Keith Rowley was accused of "victim-blaming" when he urged women to make better choices when it comes to choosing a partner. Rowley was speaking at the first in a series of public "conversations" held at the Maloney Shopping Mall on February 6. He said he was constantly being called on to do something about crime but said the authorities can only do so much when it comes to domestic-related crimes. He said women need to choose their men wisely as "I am not in your bedroom. I am not in your choice of men."

Religious organisations, women's rights groups and even domestic violence survivors condemned the Prime Minister's comments as placing the blame on women instead of encouraging men to treat women with respect and dignity. Rowley subsequently sought to explain his remarks saying they were not meant to be offensive.

Rowley coined a new term in local parlance this year when he chided Opposition Leader Kamla Persad-Bissessar for engaging in "jammetry".

He made the comment during a post-Cabinet media conference on September 14. He criticised the manner in which Persad-Bisessar brought the contents of a Petrotrin internal audit report to the public's attention, in which lease operator A&V Oil and Gas Ltd was said to have received payments for oil it did not produce.

He referred to her behaviour as "jammetry", angering the United National Congress' (UNC) Women's arm, the Hindu Women's Organisation (HWO) and other groups. Rowley subsequently said his remarks did not warrant an apology.

3. "A woman must be groomed like a golf course"

Contributing to the budget debate on October 12, Rowley made an unusual comparison between women and golf courses. Responding to Opposition criticism of the $3 million budgetary allocation for upgrading of the Chaguaramas golf course, he sought to  defend the allocation saying golf courses, like women, need constant grooming.

His statement elicited smirks and giggles from a number of MPs in the Parliamentary chamber. But outside the chamber, women were offended. Social media users slammed the PM for the "sexist" statement which he later apologised for. Rowley said "attention" may have been the better choice of word as "grooming" did not go over well. He said he simply meant that women required care and attention much like a golf course which would turn into a pasture if not properly attended to.

4. "We should have some drinks"

A brief exchange between TV6 journalist Faine Richards during a two-hour interview aired on December 6 also resulted in criticism for the Prime Minister. During the interview Richards sought to steer the conversation towards social media perceptions saying "I’d like to move the conversation to a more social climate..."

Rowley interjected saying "We should have some drinks then."

While seemingly said in jest, many social media users criticised Rowley's comment to the female journalist saying it was unprofessional and inappropriate and akin to harassment in the workplace.