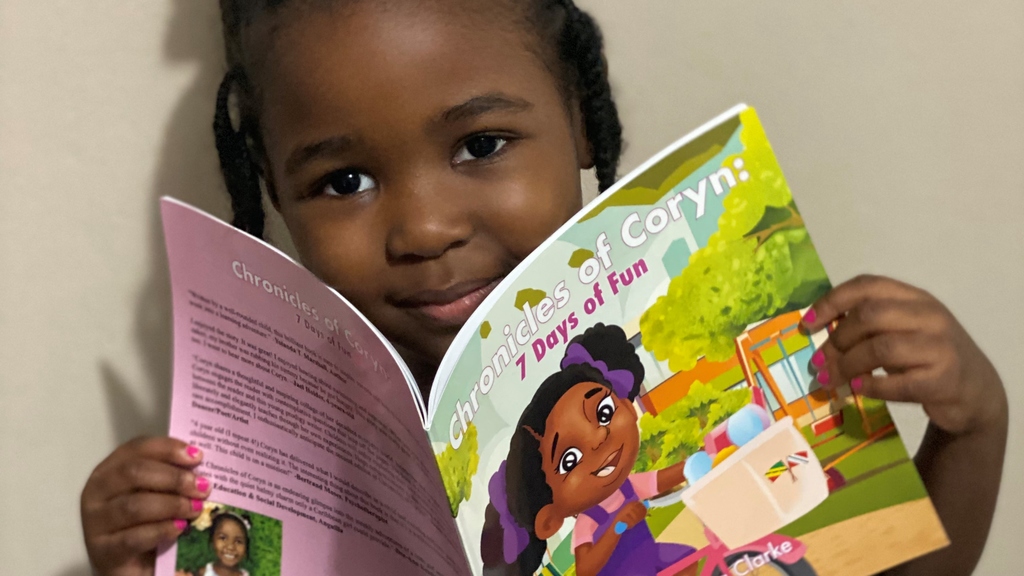 A four-year-old children’s book author has been selected as the face of the NGC Children’s Bocas Lit Festival Short Story challenge.

Coryn Anaya Clarke, who recently published her first book, Chronicles of Coryn: 7 Days of Fun, was selected to encourage other children to write stories and read books.

Danielle Delon, Director of the NGC Children’s Bocas Lit Fest, said Clarke was selected after they read about her achievement.

“She is a marvellous, vibrant child who understands the words she puts into the books. Her mum told me that Coryn came to them and said she wants to write a book and they ignored her and she turned up with a double line copybook with a series of words she wrote. They were affirmations she has been listening to since she was in her mother’s tummy.  I thought this little girl who actually wrote this book could encourage other children,” she told Loop News.

Clarke’s mother is Dionne Baptiste-Clarke, a journalist and the Content Manager for Loop News Caribbean. 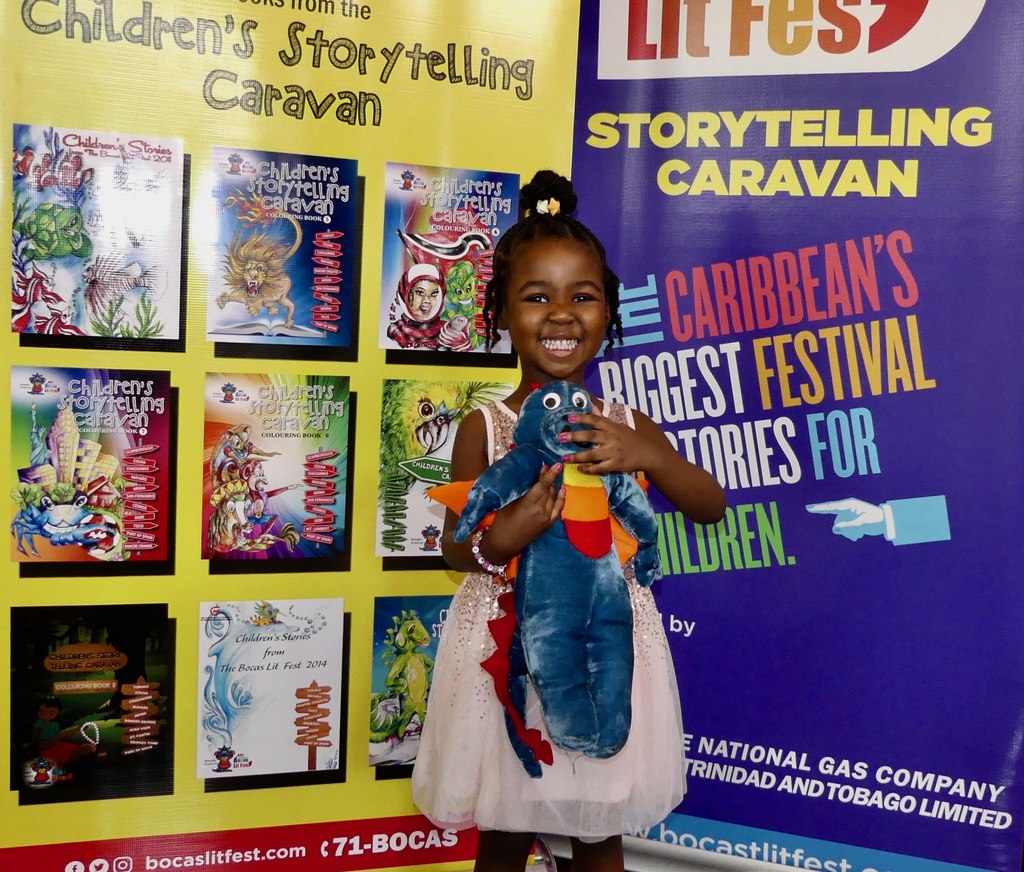 An avid reader, she said she is proud that her only child was selected by Bocas.

‘I was determined to try to pass on my love for reading to her and it took root. I read a lot to her during my pregnancy and kept it up when she was born. She adopted my love for reading so to a passion of mine now recognised it validate a lot of the stuff we would have done as parents,” she said.

Baptiste-Clarke said her daughter was inspired to do a book after participating in the Read2MeTT series. She said she is absolutely loving the attention.

“If is one thing she is not is a wallflower, she takes over whatever space she is and she is liking the opportunity to talk about her book. It is a good distraction for her because she is a social child and she is affected by the restrictions of the pandemic,” she said.

The proud mother said her daughter had a say in every step of creating her book. From the cover design, which they had to send back to the designer three times to the words, she was in control of the process. She even had her book launch planned in which she would wear a princess dress and her parents would wear T-shirts with her face printed on them.

Now in its 10th year, the children’s arm of the Bocas Lit Fest realises its purpose through community caravans usually conducted in the month of April.

Delon explained that the caravans touch all over the country and no more than 25 children between the ages of five to eight and nine to 12 participate. While most sessions are held in NALIS, the caravan visits orphanages and other homes to capture children over the age of 12.

The children are taught about the magic of words and about aspects of life in Trinidad and Tobago. They then gather to listen to a story being read by storytellers comprising mainly of popular theatre practitioners, authors and other personalities.

The children listen to the stories and are asked questions before being given the opportunity to collectively write a story of their own. Everyone's contributions are collected and fashioned into a book.

“We edit their stories, encourage them to do dialogue and the themes are about community responsibility and awareness, environmental awareness, legends. We then create a book with their story,” explained Delon.

The stories produced over the last nine years can be heard on the NGC Bocas Lit Fest's Facebook page on Dragonzilla's Storytime. Dragonzilla is the mascot of the NGC Children's Bocas Lit Fest.

In the absence of a caravan this year thanks to COVID-19, a short story challenge will be held online in conjunction with NALIS. Children will be urged to write a short story and submit for an opportunity to win prizes of tablets and computers.

The prize-giving will be held on November 20, World Children’s Day. The top 10 stories from the challenge will be showcased on that day.

In addition to the caravan, the Children's Bocas Lit Fest hosts a Page to Stage program that turns the published stories into theatrical productions.

Delon said the success of the NGC Children's Bocas Lit fest has been possible due to the support of artists and theatre practitioners such as Penelope Spencer, Nikki Crosby and radio personality Natacha Jones who volunteer their time to share their talents.

Coryn's book is available on Amazon and soon will be in stores locally.