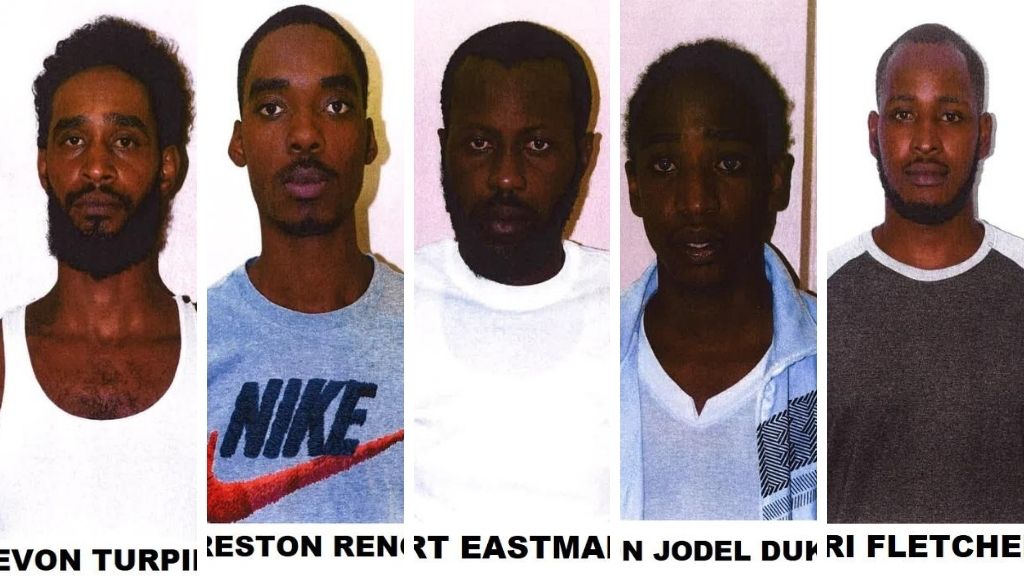 Police said five men have been charged for the murder of Aleivon Nurse, alias "Crime Boss".

Police said the charges against the five means all eight murders in Tobago for 2020, have been solved.

The Trinidad and Tobago Police Service (TTPS) said in a statement issued Sunday August 23 that the Homicide Bureau of Investigations (HBI) conducted an investigative operation called, "Rolling Waves" in the Tobago Division.

An audience was held on Saturday, August 22, 2020, with the Director of Public Prosecutions (DPP) Roger Gaspard SC, who advised that the following persons be charged for murder:

Investigations were also conducted into the death of Dwight Turpin which occurred June 24, 2020.

The TTPS said investigations also continued into the death of 19-year-old Ellena Dial of Riseland Trace, Carnbee, Tobago, who was stabbed and burnt at Kilgwyn Beach, Canaan, Tobago. Dial succumbed to her injuries on July 17, 2020.

The TTPS said an audience was held on Thursday August 20, 2020 with the Director of Public Prosecutions Roger Gaspard who advised that 18-year-old Alliyah Farrell, of Coira Road, Siparia, be jointly charged with 20-year-old Antonio Marcelle, aka "AJ", of Egbo Gully, Les Couteaux, Tobago, for the offence of murder.

Marcelle was previously charged on August 17, 2020.

Deputy Commissioner of Police (Ag) Mc Donald Jacob said the decision to charge the five men with murder was as a result of painstaking and meticulous investigations by various sections of the TTPS.

"That was outstanding work from the officers of all the sections involved and I commend them tremendously. It was a great team effort."

Man hospitalised in Tobago after shooting