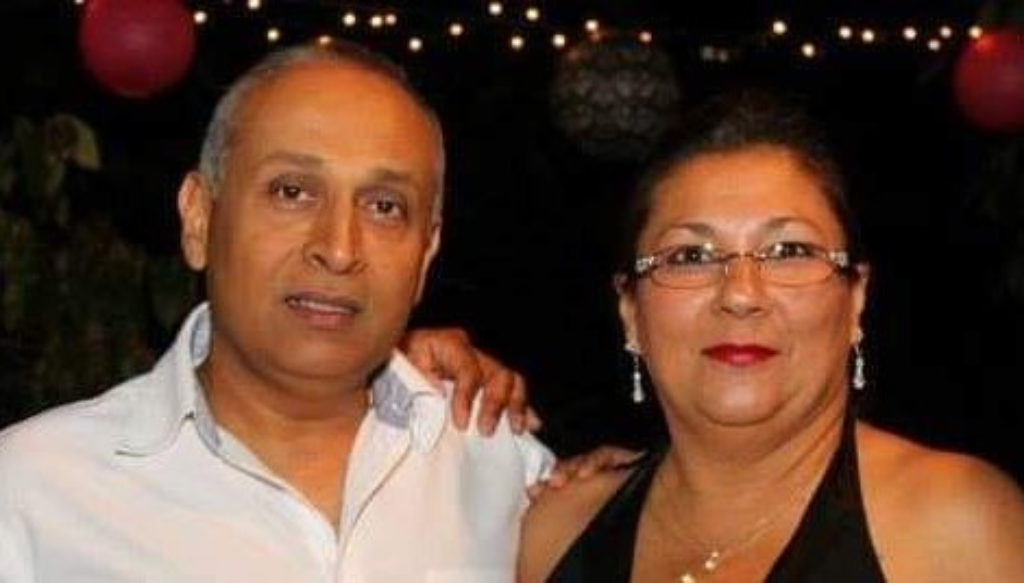 Tragically killed in an accident: Christopher and Nicole Figuera

Days after his wife, Nicole Figuera, 52, died during a road traffic accident, Christopher Figuera, 56, has himself succumbed to injuries sustained in the same accident. Christopher Figuera died on Wednesday morning at the Eric Williams Medical Sciences Complex in Mt Hope.

His wife died on Sunday, shortly after the accident along the Churchill Roosevelt Highway in Trincity. Three people, a 22-year-old man, as well as an 18-year-old and a 16-year-old, were also injured and are said to be aiding police.

Before going in for emergency surgery on Sunday, the 22-year-old, who is from Perkins Street, Arouca, told police that he was driving his car, a gold Nissan Primera, in an easterly direction along the Churchill Roosevelt Highway, when at 7.25 am on Sunday, while in the centre lane of the highway in the vicinity of Holiday Inn he got a "bad drive" from another car.

He said he applied brakes and pulled to the left; however, he claimed his brakes did not work. His next memory was of glass breaking, and hitting his head on the windscreen as he quickly went unconscious. He awoke sometime after with people gathered around him and realized he had been involved in an accident.

He had hit a grey Nissan Serena driven by Christopher Figuera. The two cars careened off to the side of the roadway. Nicole Figuera, who was in her husband's car, suffered extensive injuries to her abdomen and legs.

She was rushed to the Arima Hospital however, she was pronounced dead at 8.15 am.

All other occupants of the two vehicles were rushed to the Medical Complex in Mt Hope where they were treated.