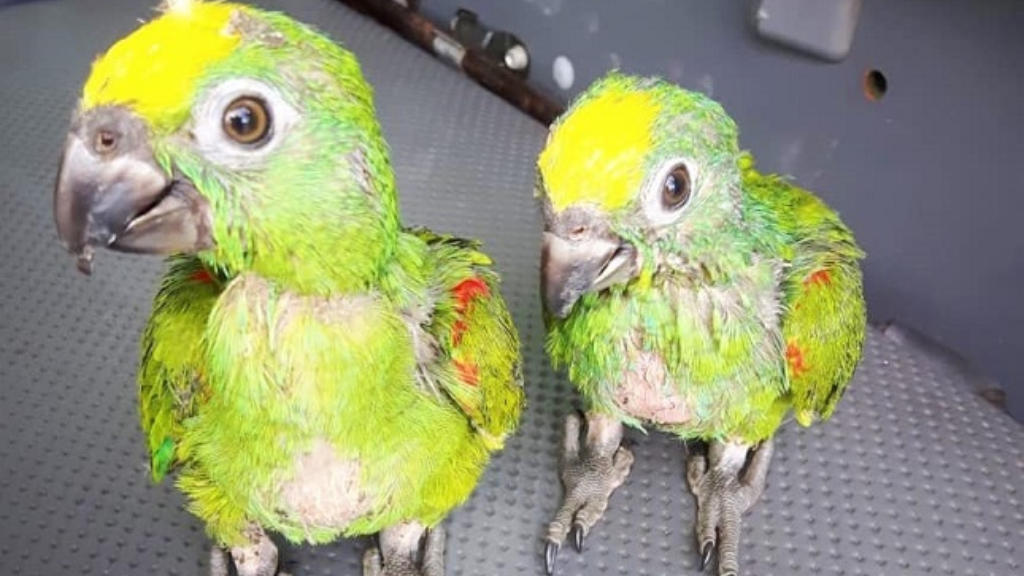 In 2019 a man was caught in Moruga with two yellow-crown parrots and fined $10,000. Permits must be acquired for all protected animals, as per the Conservation of Wildlife Act. Photo courtesy Minister of Agriculture, Land and Fisheries, Clarence Rambharat.

People who buy parrots or baby monkeys without the relevant permits are inadvertently supporting the torture of these animals.

According to wildlife activist and director of the Wildlife and Environment Protection of Trinidad and Tobago (WEPTT), Kristopher Rattansingh, many of these animals are illegally smuggled and starved and in the case of Red Howler monkeys, their mothers slaughtered.

He said: “Animal cruelty is a huge issue in several aspects. When the animals are smuggled here they're brought across in very small baskets and crates with several cramped into one container. They're often not given any access to food or water for days on end. It really is torture.”

“Even when they're being kept for sale, they're kept in very poor conditions locally. I believe more proactive measures can allow the police to intercept these trades as many are posted online. Their involvement and introduction of their resources into the equation can really make an impact on illegal wildlife smuggling.”

WEPTT offers animal rescue and relocation services for wild animals found in urban and residential areas. The group also seeks to create awareness and education on Trinidad and Tobago’s wildlife and environment. 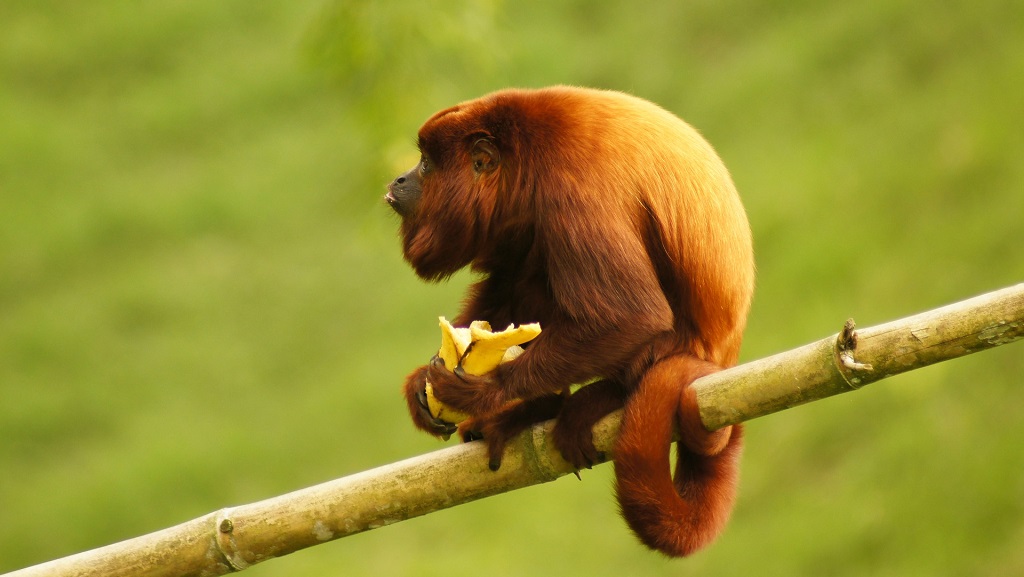 Rattansingh said some of the ways in which these animals are captured are horrific.

“In Trinidad, we see many smuggled animals. Commonly, poachers smuggle in animals such as tufted capuchin monkeys, parrots, macaws, sloths and even jaguars and ocelots. These animals are kept in deplorable, cramped and unsanitary conditions where many never even survive the trip.”

“With parrots and macaws, trees are cut down indiscriminately to retrieve the birds from the nests, furthering the deforestation and destruction of their habitat and the environment. In destroying their roosts, these birds then face further displacement and disruption which can do further harm to the species itself.

“The mothers of monkeys are fiercely murdered in the poacher’s efforts to get the babies, not only taking that one baby from the wild, but ending the family altogether.” 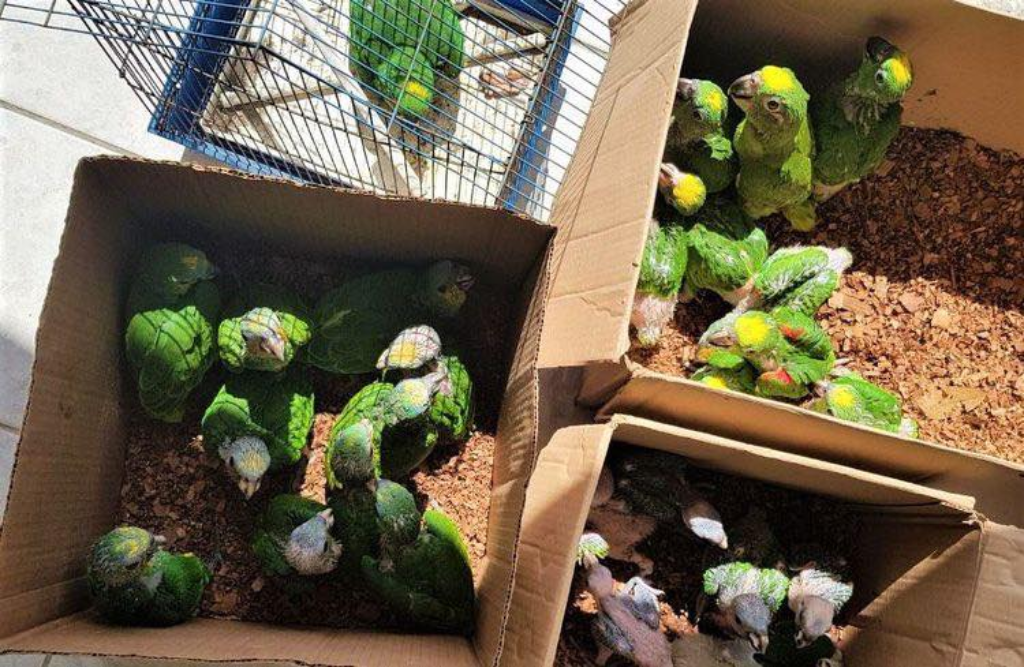 (Photo: In 2018, 28 yellow-headed parrots were seized by police in Santa Flora. Photo via the TTPS.)

Rattansingh said local culture must change so as to stop the demand for illegal pets.

“Who is to blame? The poachers? Yes, they do carry a part of the burden, but they aren’t the main part of the problem. Where there is demand, there will be a supply.”

“Our fellow citizens in the Republic of Trinidad and Tobago are the problem. By creating the demand for these animals, poachers have a market and a reason to continue destroying the lives of many innocent animals, and the lives of our future generations.”

“Even monkeys, as cute and tiny as they are when you pay someone to tear them from their mother’s dying hands, covered in her blood, feces and urine as her body fights in every way to protect her baby (just as any mother would do), will eventually grow up into a monkey that most people aren’t prepared to or capable of keeping.”

He said some monkeys which are not native to the islands are brought into the ecosystem and become invasive which may compound the issue.

He said there is also the risk of disease.

“As we are experiencing a pandemic over the COVID-19 virus, it probably isn’t necessary to mention the potential of the introduction of diseases to the environment but we should still point out that while these animals are smuggled into our very own country, every day, we open ourselves to risks of other diseases and the potential introduction of viruses and parasites.”

“Wildlife smuggling is a very prevalent issue in today’s world, not only in Trinidad but across the world where its effects destroys species, even driving them to extinction and destroying our world along with it. It destroys lives, wildlife, and it will destroy our own.”

Anyone with knowledge of illegal wildlife trade is urged to contact the police or local wildlife wardens.

According to a 2019 amendment, several birds were added to the list of protected animals under the Wildlife of Conservation Act, including:

Rallidae: All birds belonging to the Family Rallidae (Coots, Rails, Gallinules and their allies)

Hunting Rules under the Conservation of Wildlife Act

According to WEPTT, these are animals that can be hunted during the hunting season (1st October to the last day in February) with the purchase of a permit ONLY.

1. Caiman (Alligator in the act)

NB: Hunting, possession, sale, advertising for sale of iguana will be prohibited from January 1 to September 30, each year and will attract a fine of $10,000.

Hunting of iguanas on State land and Forest Reserve within the boundaries of the city of Port of Spain has also been banned completely.

11. Third Schedule are Vermin. A person may kill vermin in any land that is not state land (private land) or a game sanctuary at any time.