Several groups questioned what they said is a lack of transparency regarding the CL Financial (CLF) bailout.

"Over the past eight and a half years each of us in our own capacity have made several requests for financial information regarding the bailout. Afra Raymond has gone so far as to petition the court for access to that information. Having won, he is still facing an expensive and drawn out appeal by successive administrations seeking to withhold the information from the public. David Walker and Disclosure Today also have made a series of requests that have been either ignored or denied. What this clearly demonstrates is that across the political divide, there is a clear policy of denial of information to the public," the group said.

"The Prime Minister’s recent statement on the CLF legal actions also raises some interesting questions. Was the Government also denied access to these critical pieces of information, or, is it that they inexplicably did not request it. What reporting did the Cabinet and the Ministry of Finance demand in support of these huge advances?"

"We heard from the Prime Minister that they have only “just discovered” a number of things that would have been obvious had they ever bothered to seek the information that we sought."

"After eight years and a half of expensive governmental control the population is now being told that the government did not know what was being done or how tax payers monies was spent while government appointees were “in the saddle”. What other surprises remain hidden?"

The group said that government should 'lift the veil' erected around their appointees' actions and respond to the group's requests.

The group also condemned the lack of accountability surrounding the situation.

"Additionally under the bailout arrangement, not only did we give the appointees over twenty billion dollars of taxpayer dollars, we also made them immune from any legal action without requiring prior court approval. The only reporting demanded was an unspecified quarterly report that in practice said nothing. Even then, it was only supplied to Parliament on four occasions when there should have been more than a dozen. Asleep in the saddle, nobody in Parliament noticed," the group said.

The group also questioned whether the company's insolvency was prior to or during the bailout.

"These are important matters and should be the minimum of information demanded by Cabinet and Parliament. It also begs the questions - 1. Has the government been running an insolvent company in defiance of our laws, and 2. Did we advance money to CLICO/BAT based on assets in an insolvent CLF?"

The group said that there seems to be more questions than answers after Dr Rowley's statement on the issue, and added that over the next few days they will be resubmitting their requests for information.

"The government would do itself and the country a favour if it responded positively," the group said. 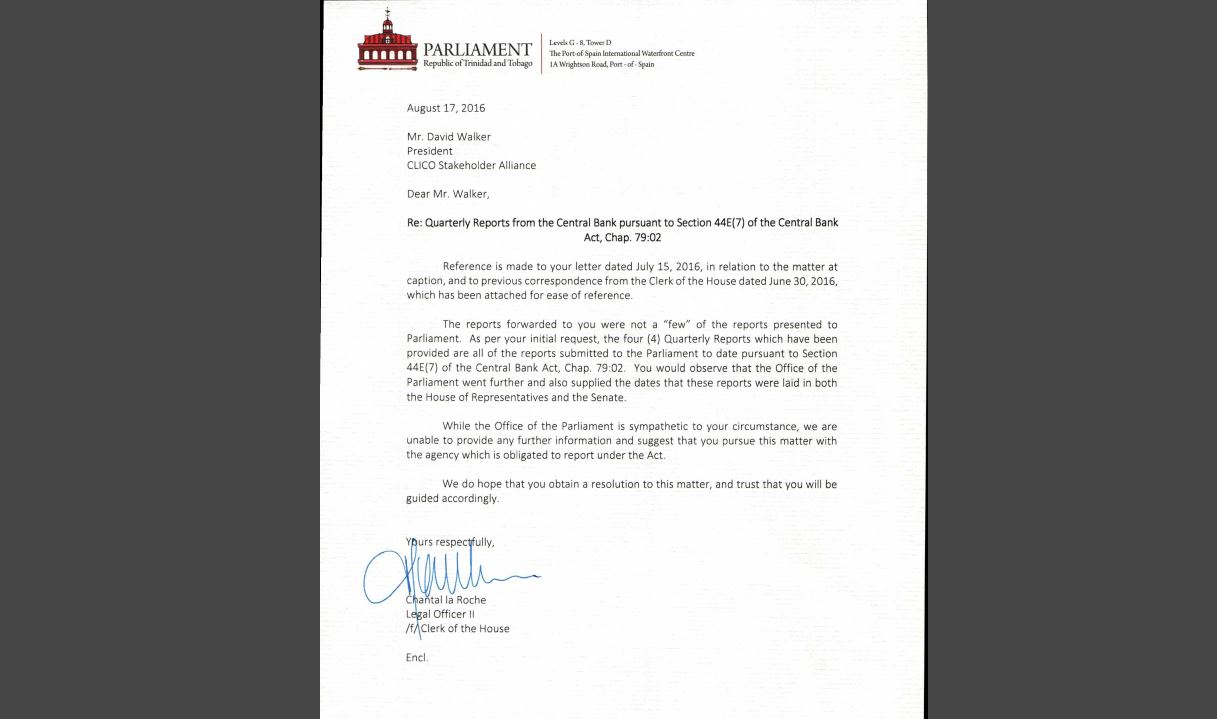 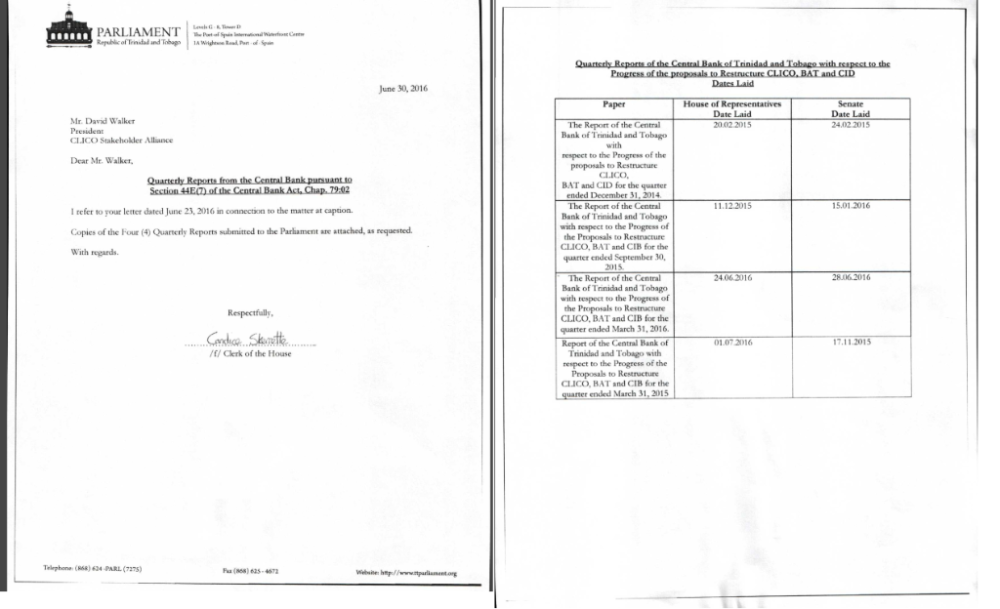