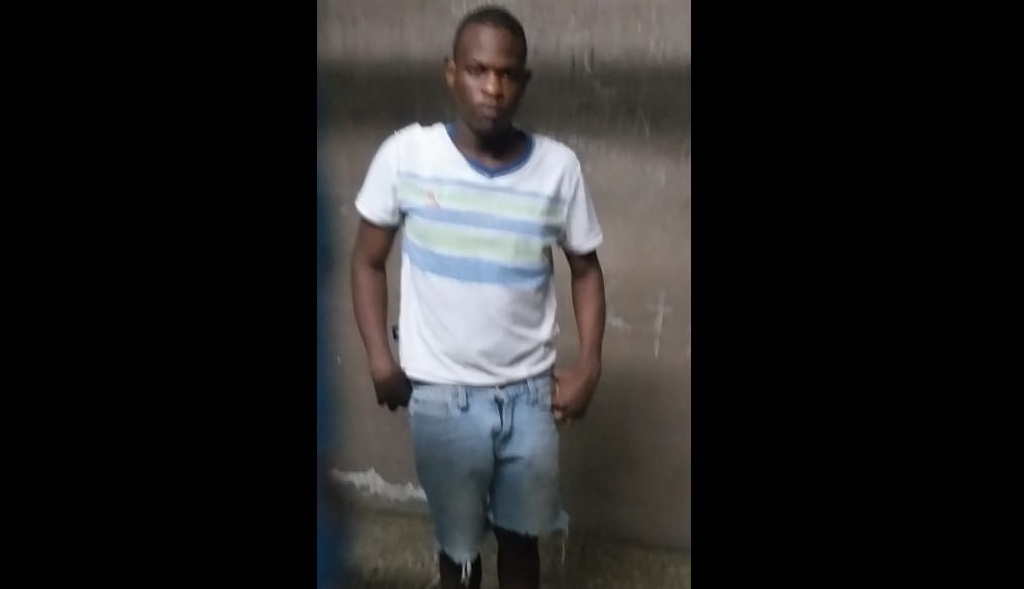 A 22-year-old man identified as Shaquille Sarjeant was arrested on Sunday night after he was live streamed on Facebook beating a woman in the middle of the roadway.

According to reports, around 9 pm the Central Command Centre received a domestic violence report and conveyed the information to officers on mobile patrol.

WPC Harper and PC Francois attached to the Cunupia Police Station quickly made their way to the Hillview Park area.

On arrival, they found a distraught young woman crawling on her hands and knees on the street. She informed the police that a close male relative  had been beating her.

Witnesses, one of whom streamed the incident online, also gave statements to the cops. They further provided a detailed description of the suspect.

Police searched for the accused and found him minutes later, walking along Day Drive, Cunupia.

Sarjeant was taken to the Cunupia Police Station where he was formally charged by WPC Harper today. He will appear before a Chaguanas Magistrate tomorrow.

The victim, who is a mother of two, was referred to Victim and Witness Support Unit and the Gender Based Violence Unit of the TTPS.

Her children have been placed with their grandfather for safe keeping.