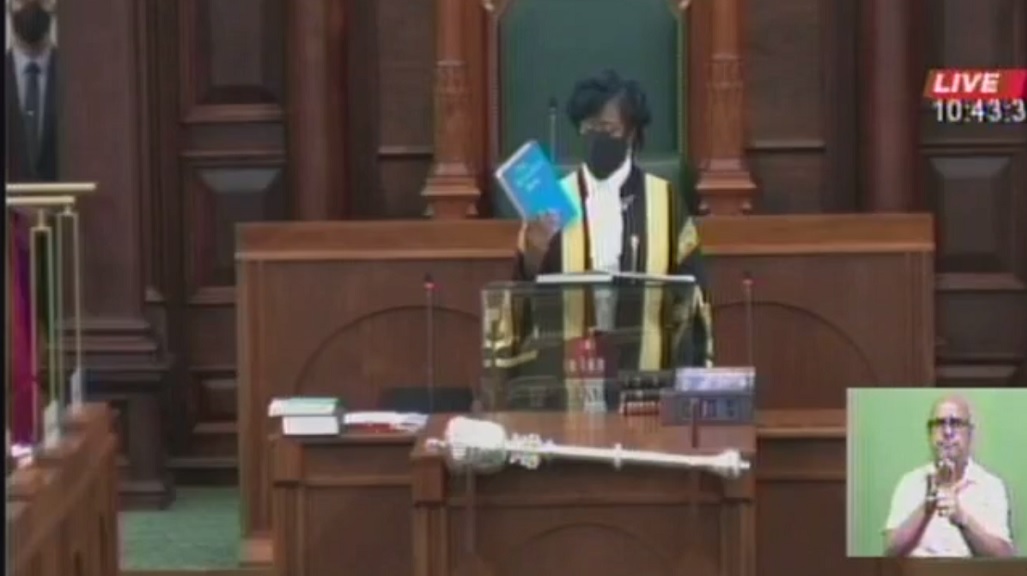 Bridgid Annisette-George will once again take on the role of House Speaker after being elected at the first sitting of Parliament since the beginning of the COVID-19 pandemic.

Annisette-George was elected with a majority of 21 votes for versus 19 against, and was sworn in on August 28, 2020.

Opposition Leader Kamla Persad-Bissessar initially rejected the nomination, saying that during the 11th Parliamentary Session Annisette-George did not exemplify and/or act with impartiality.

She said in a statement:

‘There are instances during the 11th Parliament where the Speaker curtailed Members’ contributions, forced Members to end their contributions prematurely, breached Parliamentary Principles, thereby affecting the Opposition’s ability to effectively contribute to debates on legislation.’

Tunapuna MP Esmond Forde was elected as Deputy Speaker of the House.

Christine Kangaloo has been re-appointed President of the Senate and Nigel De Freitas is also back as Senate Vice-President.

Annisette-George was previously elected Speaker of the House of the 11th Parliament on September 23, 2015.

She was the third woman to hold the position of Attorney General after her appointment in 2007.