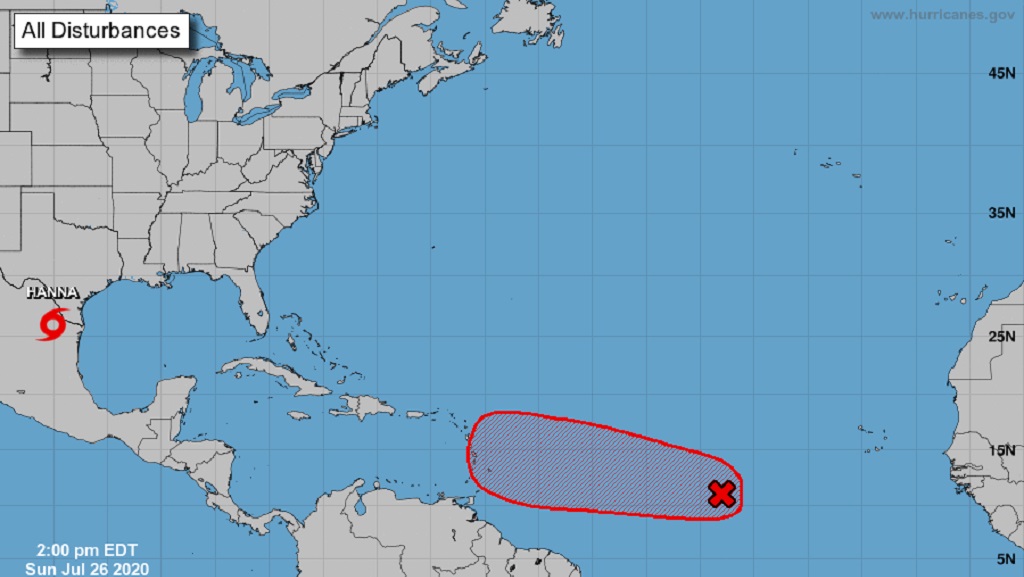 The Atlantic hurricane season is heating up as another low-pressure system is being monitored - the system has a high chance of developing into a tropical depression, according to the US National Hurricane Center.

'A broad area of low pressure located over the central tropical Atlantic continues to produce a wide area of disorganized showers and thunderstorms as it moves westward around 20 mph.

'Environmental conditions are forecast to be conducive for development and a tropical depression or tropical storm is likely to form within the next two or three days as the system nears the Lesser Antilles.'

'Interests in the Lesser Antilles should monitor the progress of this system.'

Following the passage of tropical depression Gonzalo, the Trinidad and Tobago Meteorological Service said in a Saturday evening update that two more systems were travelling west toward the Caribbean:

'The TTMS is monitoring two tropical waves traversing the Atlantic currently. The first one is analyzed near 51W and the second is along 30W.

The Met Office said it will continue to monitor these systems as they progress.

The public is urged to follow their local meteorological agencies for the latest updates.

Gonzalo downgraded to a Tropical Depression