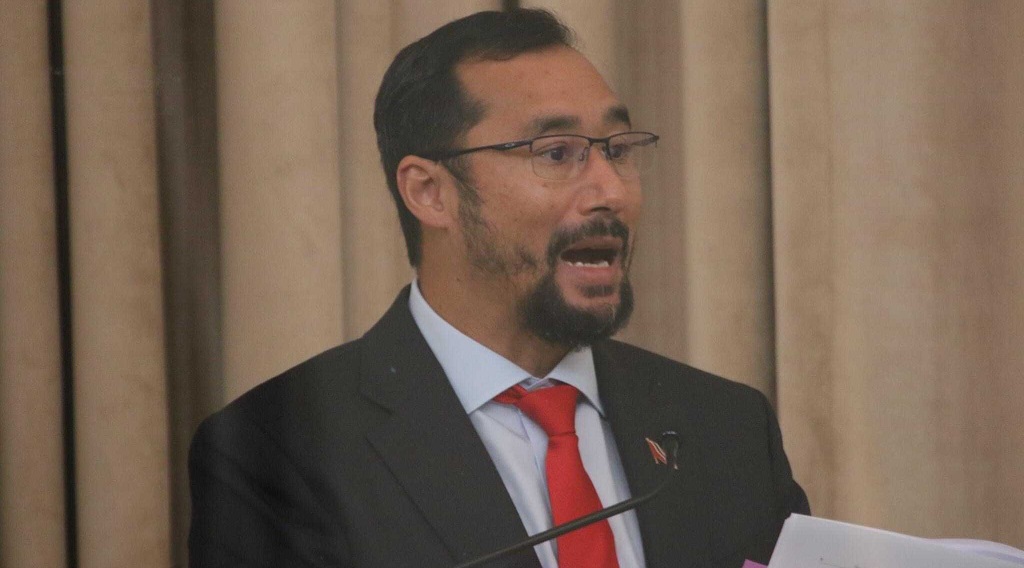 Minister of National Security, Stuart Young, has accused the Opposition of trying to gaslight the population in its rejection of the Anti Gang Amendment Bill, 2020.

Young was speaking in the Parliament on Friday as the Government sought to extend the legislation, set to expire at the end of this month, for another 30 months.

"Yuh see screaming and dog-whistling and trying to distract does not take away the fact that there is a gang problem in every country of the world and we are here as Parliamentarians to protect Trinidad and Tobago and that is why I am saying, respectfully, and I'm pleading with all of my colleagues in the House, do what is right for Trinidad and Tobago. Do what it is that the police service, the Trinidad and Tobago Police Service, is asking us as legislators to do, which is to continue with the anti-gang legislation."

Young also defended against criticism that the Bill was ill-equipped to address criminal activity in the country.

Meanwhile, the Minister noted that the police service has called for the removal of the Bill's sunset clause as he quoted letters sent to the Police Commissioner.

He also reminded that the legislation was passed in 2018 adding that for the past 30 months, it has been utilised with no reports of abuse by law enforcement.

Providing further statistics, he said people have been charged under the law for:

Still, despite his and other MP's posturing, the Bill, which requires a three-fifths majority, was not approved with 20 votes for, zero against and 19 abstentions.

"This will have very serious negative effects on the Trinidad and Tobago Police Service’s (TTPS) fight against gangs and criminality. The Minister of National Security, the Honourable Stuart R Young, MP asks the population to take note of the Opposition’s refusal to support the continuation of this unique Anti-Gang Act, even though the TTPS said it is necessary and that it will mean the end of on-going investigations and charges against gang members."

The Bail (Amendment) Acts and the Anti-Gang Act was first introduced by the UNC in 2011.

The PNM maintains that it supported the Bill when it was in Opposition. However, the UNC has called for the inclusion of procurement legislation to gain its vote.