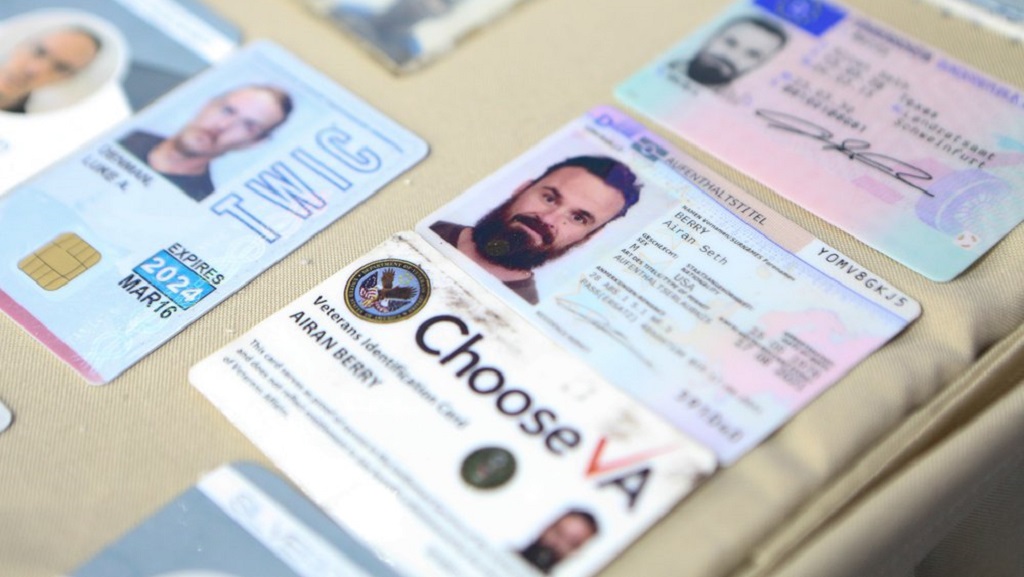 A former Green Beret who has claimed responsibility for an ill-fated military incursion into Venezuela is under federal investigation for arms trafficking, according to current and former US law enforcement officials.

(Video: One of the two US Army veterans captured trying to invade Venezuela at the behest of a Florida-based mercenary company said Wednesday that his mission was to secure control of the airport in Caracas and make it possible for President Nicolas Maduro to be put aboard a plane bound for the United States. Footage courtesy of VTV. Statements from Luke Denman, one of two Americans arrested in Venezuela.)

The investigation into Jordan Goudreau is in its initial stages and it's unclear if it will result in charges, according to a US law enforcement official who spoke on the condition of anonymity to discuss internal deliberations.

The probe stems from a frenzy of contradictory comments Goudreau has made since a small cadre of volunteer combatants he was advising on Sunday launched an impossible raid aimed at overthrowing Venezuelan President Nicolás Maduro.

Members of the US Congress are also asking the State Department about its knowledge of Goudreau's plans and raised concerns that he possibly violated arms trafficking rules.

An AP investigation published prior to the failed raid places Goudreau at the center of a plot hatched with a rebellious former Venezuelan Army General, Cliver Alcalá, to secretly train dozens of Venezuelan military deserters in secret camps in Colombia to carry out a swift operation against Maduro. The US has offered a $15 million reward for information leading to Maduro's arrest or conviction. He was indicted by the Trump administration in March on narcoterrorist charges.

The men were being readied for combat at three rudimentary camps in Colombia with the help of Goudreau and his Florida-based company, Silvercorp USA, multiple Maduro opponents and aspiring freedom fighters told the AP. But the plot seemed doomed from the start because it lacked the support of the Trump administration and was infiltrated by Maduro's vast, Cuban-trained intelligence network, the AP found.

The law enforcement official said Goudreau's comments suggests his work on behalf of the volunteer army may have violated laws that require any US company supplying weapons or military equipment, as well as military training and advice, to foreign persons to seek State Department approval.

"Goudreau's public comments alone show he was exporting his lethal expertise into a foreign country," said Sean McFate, a former US Army paratrooper who worked as a private military contractor and is the author of a book, "The New Rules of War," on the foreign policy implications of privatized warfare. "This is a serious violation."

Goudreau declined to comment Tuesday. The State Department said it is restricted under law from confirming licensing activities.

The law enforcement official said Goudreau's possible involvement in weapons smuggling stems from the March 23 seizure by police in Colombia of a stockpile of weapons being transported in a truck.

Alcalá claimed ownership of the cache shortly before surrendering to face US narcotics charges in the same case for which Maduro was indicted.

The stockpile, worth around $150,000, included spotting scopes, night vision goggles, two-way radios and 26 American-made assault rifles with the serial numbers rubbed off.

High-End Defence Solutions is the same company that Goudreau visited in November and December, allegedly to source weapons, according to two former Venezuelan soldiers who claim to have helped the American select the gear but later had a bitter falling out with Goudreau amid accusations they were moles for Maduro. The AP could not independently verify their account.

Two former law enforcement officials said an informant approached the Drug Enforcement Administration in Colombia prior to the weapons' seizure with an unsubstantiated tip about Goudreau's alleged involvement in weapons smuggling.

The anti-narcotics agency, not knowing who Goudreau was at the time, didn't open a formal probe but suspected that any weapons would've been destined for leftist rebels or criminal gangs in Colombia — not a ragtag army of Venezuelan volunteers, the former officials said on the condition of anonymity to discuss internal deliberations.

One of the officials said the information was later passed on to the Department of Homeland Security.

The DEA said it does not comment on ongoing potential investigations.

Authorities in Colombia are also looking into Goudreau as part of their investigation into the seized weapons shipment, a Colombian official told the AP on the condition of anonymity to discuss an ongoing case.

Meanwhile, officials in US Congress are expressing concern.

Democratic congressional staff contacted the State Department multiple times on Monday seeking information about any possible contacts with Goudreau or knowledge of his activities, and whether his work may have violated International Traffic in Arms Regulations, according to a staffer on the condition of anonymity to discuss the private outreach.

Secretary of State Mike Pompeo on Wednesday reiterated President Donald Trump's claims a day earlier that there was no direct US government involvement in Goudreau's brazen operation.

"If we'd have been involved, it would have gone differently," he joked. "As for who bankrolled it, we're not prepared to share any more information about what we know took place. We'll unpack that at an appropriate time, we'll share that information if it makes good sense."

Goudreau, a three-time Bronze Star recipient, has insisted that his work providing only strategic advice to the combatants doesn't require special licensing.

Still, he acknowledged sending into battle two special forces buddies associated with Silvercorp and who are now in Venezuelan custody.

"You've got to introduce a catalyst," he said in a phone interview with the AP Monday from Florida. "By no means am I saying that 60 guys can come in and topple a regime. I'm saying 60 guys can go in and inspire the military and police to flip and join in the liberation of their country, which deep down is what they want."

Goudreau has said he was hired by Juan Guaidó, who the US considers Venezuela's rightful leader. To back his claim, he's produced an 8-page agreement he signed with what appears to be the signature of Guaidó. The opposition leader has refused to say whether the signature on the "general services agreement" is authentic.

On Wednesday what some 60 nations recognize as Venezuela's legitimate government denied having signed any "alleged contract" and insisted it has no ties or commitments to Silvercorp.

In a statement it accused Maduro of infiltrating the so-called "Operation Gideon" and using a "false document as justification to try and kidnap and illegally detain the interim president Juan Guaidó."

In a televised interview with "Factores de Poder," a Miami media outlet popular with Venezuelan exiles, he claims he never received a "single cent" for his work yet continued to prepare the men for battle, in the process going deep into debt.

JJ Rendon, a Miami-based adviser to Guaidó, said he gave Goudreau $50,000 as requested to cover some expenses. Goudreau acknowledged the payment to the AP and other media.

A person familiar with the situation said the agreement was signed by Rendon and another US-based aide to Guaidó, lawmaker Sergio Vergara, in October.

Guaidó at one point briefly greeted Goudreau via video conference — as evidenced by an audio recording made on a hidden cellphone by Goudreau and which he shared with the Venezuelan journalist.

"Let's get to work!" said a voice that appears to be Guaidó in the leaked recording. He makes no mention of any military incursion.

A few days later, the team cut off contact with Goudreau, realizing he was unable to deliver what he had promised and because they were not getting along, the person said.

An attempt to reactivate the accord fell through in November because the opposition had abandoned support for a private military incursion, the person said.

The last contact with Goudreau was a few weeks ago when a lawyer on the veteran's behalf wrote Rendon seeking to collect a promised $1.5 million retainer.

Goudreau, through intermediaries, made it known that if they didn't pay up he would release the agreement to the press, the person said.

It's unclear how the weapons were smuggled into Colombia. But Silvercorp in December bought a 41-foot fiberglass boat, Florida vessel registration records show, and proceeded in February to obtain a license to install maritime navigation equipment.

On his application to the Federal Communications Commission, he said the boat would travel to foreign ports.

The boat next appeared in Jamaica, where Goudreau had gathered with a few of his special forces buddies looking to participate in the raid, according to a person familiar with the situation on condition of anonymity to discuss sensitive dealings.

But as they were readying their assault, the boat broke down at sea on March 28 and an emergency position-indicating radio beacon was activated, alerting naval authorities on the island of Curacao.

Goudreau had to return to Florida, prevented from rejoining his troops prior to the landing because of travel restrictions put in place due to the coronavirus pandemic.

"He would have 100 percent gone out in a blaze of gunfire because that's who he is," said the person.

Watch: Venezuela says US 'mercenaries' among those held after raid