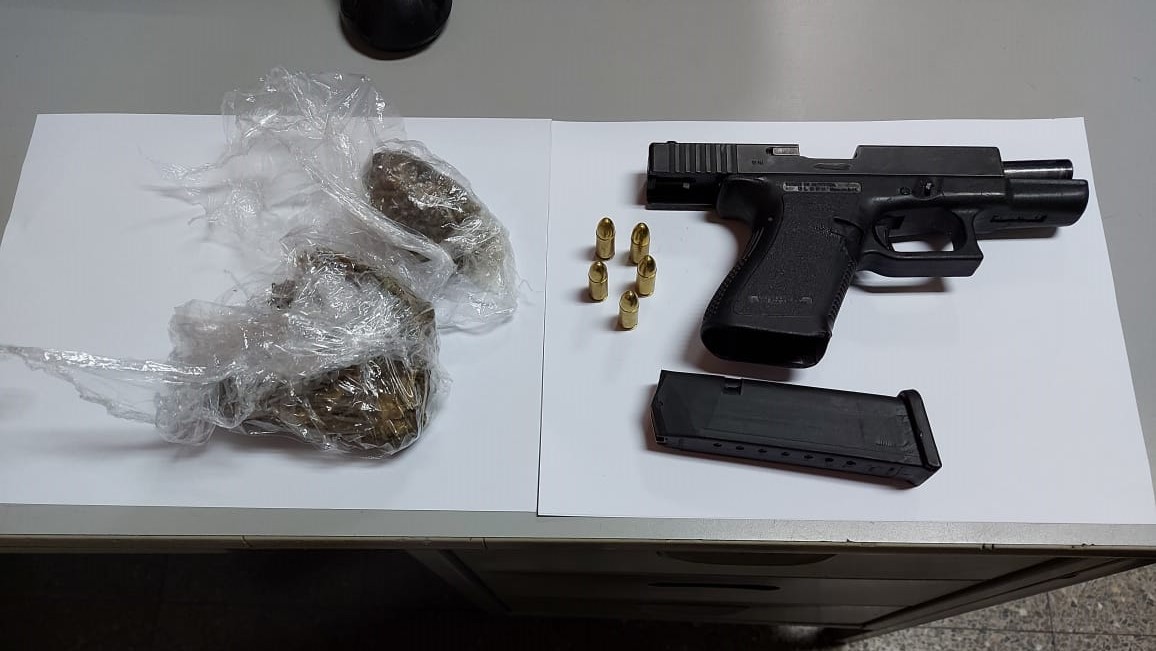 This firearm and drugs were allegedly found by police during an interaction with a man from Jacob Hill, Arima.

A 29-year-old man is expected to appear before an Arima Magistrate today after he was held with a loaded firearm.

The suspect, of Jacob Hill, Arima, was seen standing along the roadway of the Valencia Stretch in Valencia, at about 11:30am yesterday.

Upon seeing police officers, he ran into a nearby blue wooden structure. This drew the officers' attention so, they stopped to investigate.

The officers allegedly saw him throw an object on the ground as they approached.

The object was retrieved, examined and found to be a Glock 19 pistol loaded with five rounds of ammunition.

The suspect was immediately arrested.

The operation took place under the supervision of Cpl Gordon.