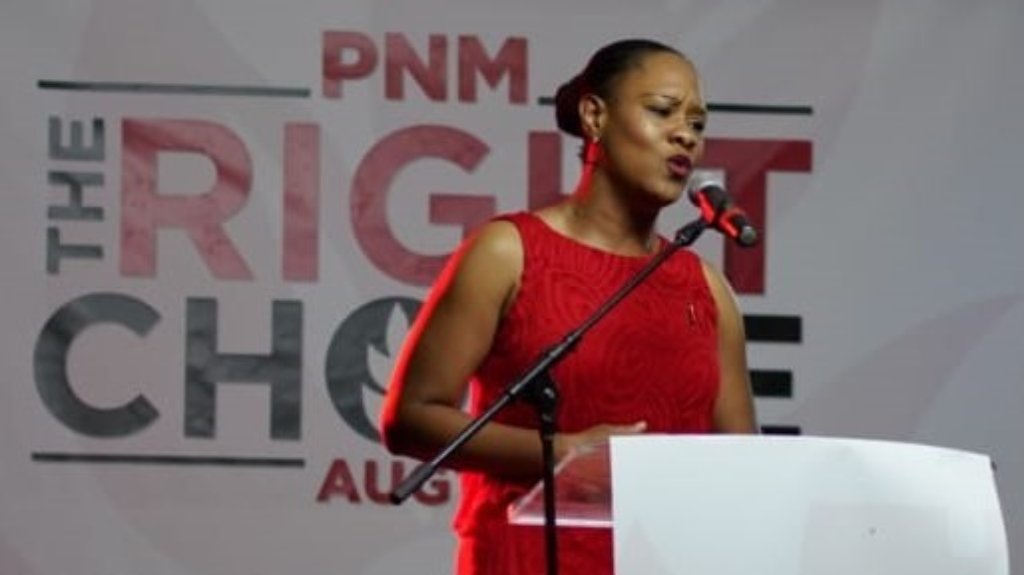 A background in community advocacy prepared Ayanna Webster-Roy for the work she’d be doing as parliamentary representative for Tobago East. She believes that that background and what she’s been able to achieve in the constituency over the last five years will take her comfortably through this Monday’s general election.

“If I didn’t do the work, then I’d be afraid, but I was never a laze representative. Despite having to manage a ministry in both Trinidad and Tobago, despite the fact that I’m a mother and a wife, I remain connected with my constituents,” she said.

The seat is considered marginal by some. The Progressive Democratic Patriots (PDP) have offered up their front man, Watson Duke, as their candidate, while One Tobago Voice (OTV) believes that Juliana Henry-King can swipe the post. Despite the competition, Webster-Roy is undaunted.

Reflecting on her childhood in Roxborough, Webster-Roy recalls some of the things that meant most to her to deliver to her community. A rich culture she said needed to be restored is in the process of rebuilding itself, but to complete it, she’ll need five more years in office.

“One of the first things I needed to see happen and I was happy that the THA made it happen was the Roxborough Administrative Complex. It is unfair to our senior citizens and vulnerable in Tobago East to have to venture all the way to Scarborough to access basic government services.

A mini-hospital and the reintroduction of the Republic Day Parade were also important to her.

“As a little girl growing up in Roxborough, I remember every Republic Day looking forward to seeing our uniformed men and women marching through and the sense of pride I felt to be a citizen. That’s where a lot of young people started yearning saying they wanted to work in the services,” she recalled.

Local politics has long carried with it a flair for the dramatic and boisterous, but Webster-Roy said she’s never conformed to such. Her direct, but more reserved approach brings something different.

“Politics, advocacy doesn’t have to be loud. It doesn’t have to be aggressive to be effective. In the parliament some of the opposition would tease me and tell me they like to hear me talk because I get up and I mind my business.

“I don’t have time to just be throwing around picong, there’s no time for that, I’m here for the people’s business. There’s a time and place for everything,” she added.

Understanding that there are other ways to promote community and further development in Tobago, Ayanna said her journey into politics was a personal one and a responsibility she still feels the need to fulfill.

“I wanted the ability to really form and shape the society that my daughters and my son would inherit.

“I have my nephew and my niece and my godchildren and I have to be able to share the society with them,” she said.

The MP still lives primarily in Goodwood so many of her community’s concerns are hers as well.

“When I advocate, I do it from a place of understanding the struggle and knowing that the struggle is real and actually wanting to bring about meaningful change,” she said.

Her vision for the island lies in the empowerment of the people to see themselves as more than laid back. She believes that Tobago has much to contribute and she’d like to be around to help make it happen.

“We tend to believe that we should be limited. Everybody wants to aim for a THA early morning job, why aren’t we challenging ourselves to be the people creating opportunities for employment? We have real talent in Tobago East, why aren’t we harnessing all the opportunities within the creative industries?” she mused.

Ayanna Webster-Roy is vying for a second term in office as MP for Tobago East in the August 10 general election.

Ayanna: Women in politics should protect each other